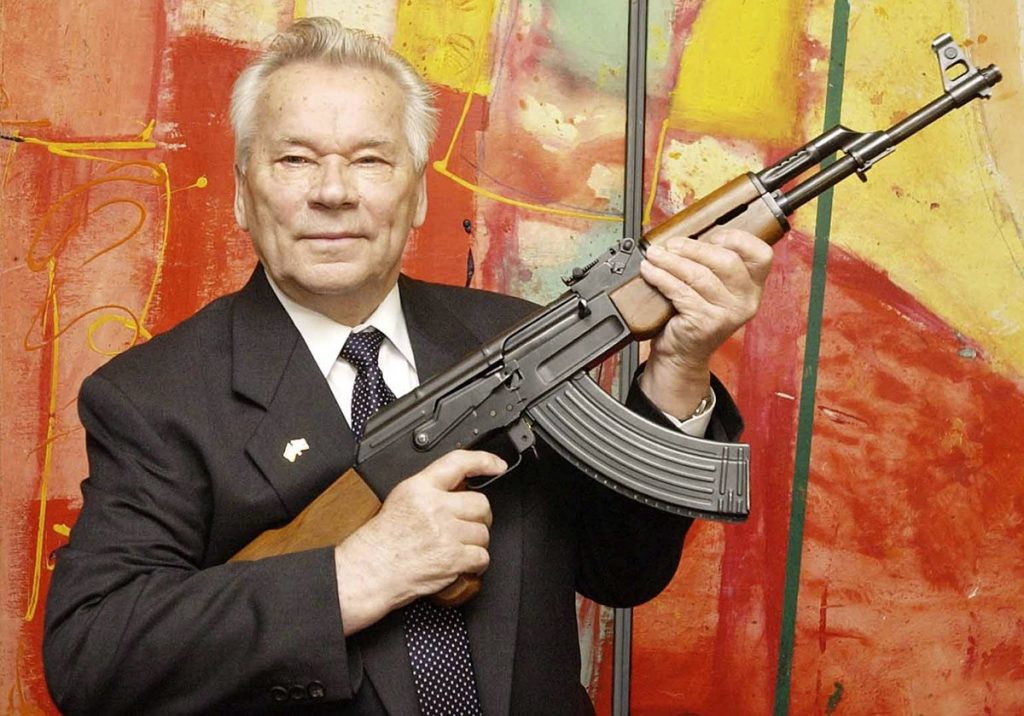 Mikhail Kalashnikov, creator of the infamous AK-47, died on December 23rd. His death nearly coincided with the thirty-fourth anniversary of the Soviet invasion of Afghanistan on December 24, 1979. In the words of National Security Adviser Zbigniew Brzezinski, that conflict in the troubled Middle East provided America the opportunity to give “the USSR its Vietnam war.” Mr. Kalashnikov’s rifle would play a great role in the fighting, the tool of both the Soviet army and an American-sponsored Afghan insurgency. Could the AK-47, so long emblematic of repression in the Eastern Bloc and of the jungles of Vietnam, now be resuscitated as a weapon of freedom fighters as America put it in the hands of Afghani resisters?

To this end, the United States began an eager and intense campaign of covert arms shipments to Afghani rebels, known as Operation Cyclone. A conservative estimate states that from 1982 to 1989, the CIA pumped $5 billion worth of arms into Afghanistan via Islamabad. According to the BBC, the United States gave enough weapons to the Afghans, including AK-47s, mortars, and bazookas, to heavily arm a 240,000 man army. For this brief moment in time, the AK-47 was no longer the weapon of terror, but now of freedom fighters.

President Reagan was so enamored of the mujahideen’s resistance that he declared March 21 America’s “Afghanistan Day.” In a 1983 public address, Reagan made the obligatory WMD condemnation (“many have been victims of the grisly chemical and biological weapons, including yellow rain—weapons the Soviets have used in violation of solemn international agreements”) and went on to say, “To watch the courageous Afghan freedom fighters battle modern arsenals with simple hand-held weapons [AK-47s] is an inspiration to those who love freedom. Their courage teaches us a great lesson—that there are things in this world worth defending. To the Afghan people, I say on behalf of all Americans that we admire your heroism, your devotion to freedom, and your relentless struggle against your oppressors.” This rosy view of Middle Eastern radicals rapidly dissipated after the Soviets withdrew and the United States was left to deal with the consequences of another brewing fundamentalist takeover.

Cyclone is one important narrative that the media have forgotten in the legion Kalashnikov retrospectives. The articles and obituaries have unfailingly harped on two points: the AK-47 is a weapon of bad guys and terrorists and that Kalashnikov should have felt remorseful for making it. Almost all the retrospectives feature at least one of his quotations about how it was not his fault but politicians’ that the weapon had been used for evil, and some have compared him, improbably, to Alfred Nobel and Robert Oppenheimer.

It was never Mikhail Kalashnikov putting AK-47s into the hands of potentially destabilizing radicals and terrorists. In fact he was never able to even patent the design and maintained a shabby existence in comparison to the wealthy M-16 designer Eugene Stoner. And there is nothing inherent about the AK-47 that makes it a weapon of terrorists. Those who wish to commit violence would simply find another weapon in a world without the AK-47. The Irish Republican Army heavily favored Stoner’s Armalite family of weapons such as the AR-18; one of the most popular IRA songs was called “My Little Armalite.” Stoner, however, was never asked if he regretted designing the ‘terrorist-preferred’ AR platform. Simply, the AK-47 became associated with fundamentalists and radicals because the United States (and Soviets and Chinese) had made it available to them.

The passing of Kalashnikov should not serve as an opportunity to indict a peasant firearms designer for his attempt to prevent another invasion of Russia. Rather, Americans should think about the political implications of their confused relationship with his creation. What in one moment of naïvety can seem a policy of supporting ‘freedom fighters’ will in the sober reality of blowback show its true and ugly face.