More ACA Delays in 2014: Sotomayor and the Contraception Mandate 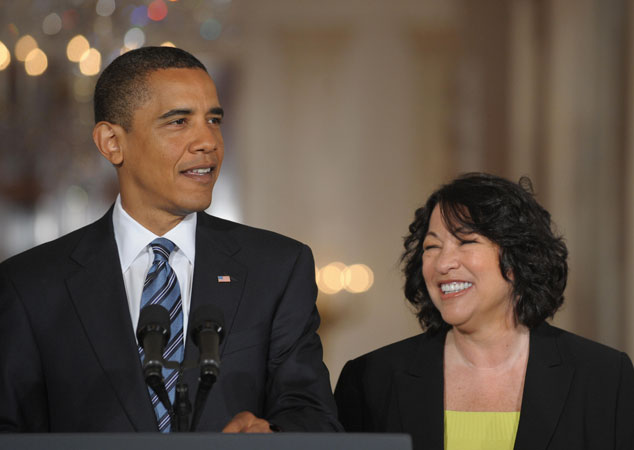 Amidst the media storm surrounding the Affordable Care Act, a decision by Supreme Court Justice Sonia Sotomayor shed light on a dimension of the legislation that has not been as heavily publicized as many other contested aspects of the law.

On Tuesday night, Justice Sotomayor granted the wishes of an order of Catholic nuns, the Little Sisters of the Poor Home for the Aged, by issuing a temporary injunction prohibiting a provision of the Affordable Care Act from coming into action in 2014. The provision states employers must cover birth control in their employee’s health insurance or pay a penalty. The temporary injunction was granted on behalf of a number of nonprofit groups affiliated with the Catholic Church, claiming that the Affordable Care Act’s provision places a burden on the ability to exercise religious freedom.

After Justice Sotomayor requested the Obama administration file a brief in response by Friday morning, the administration requested the Court not to hear the challenge. It is now for Justice Sotomayor to decide whether to let the injunction persist, terminate it, or extend the decision to her fellow justices. This is not the first time this provision of the ACA has been challenged in the Supreme Court. In November, the Court agreed to hear two cases regarding the right of privately owned companies to deny health insurance coverage for contraception due to religious convictions of corporate ownership.

Although contraception must be included in all insurance plans, there are exceptions for certain groups depending on the extent of their religious affiliation and type of ownership. Under the terms of the Affordable Care Act, there are three classifications of organizations recognized in accordance with this provision. This includes employers that are explicitly religiously affiliated, for-profit businesses, and not for profit organizations that are religiously affiliated but not owned by religious groups. While the first type of organization is excused from the contraception provision and the second type is forced to comply, the third option matches the profile of the Catholic groups challenging the law and exists as the exception. In order to appease these religious groups who believe providing contraception to employees in their insurance coverage impedes their religious freedom, the Obama administration introduced a new provision. This provision states contraception must be provided to employees directly from their insurance companies, consequently surpassing employer involvement in the process through a certification process.

However, religious groups feel that this certification is an act burdening their exercise of religious freedom. Now, the issue is if signing the certificate permitting insurance companies to cover contraception is a genuine way for these religious groups to opt out of the provision, or if it implicitly condones contraceptive use. Mark Rienzi, representing the Catholic groups in the case, explains that his clients cannot sign the forms permitting contraceptive use as it directly opposes their religious beliefs. Some, such as Senator Roy Blunt, R-Mo., called the provision “an egregious and blatant violation of the religious freedom that Americans have enjoyed for more than 220 years.” However, the Obama administration and Justice Department argue there is no legal basis for this challenge, as the legislation already protects religiously affiliated nonprofits from any “substantial burden” the law may incur on their religious freedoms. Although another injunction opposing the mandate was issued in a Federal Court of Appeals in a D.C. circuit court on behalf of a separate case, dissenting Judge David S. Tatel proclaimed that signing the certificate actually increased religious liberty by permitting “appellants to avoid having to do something that would substantially burden their religious freedom.”

The problem with the refusal to comply with the mandate is these religiously affiliated organizations employ individuals who do not share their religious beliefs and would be left without insurance coverage for contraception. The Obama administration expresses concern for barriers to access of care, with White House press secretary Jay Carney stating that the provision is meant to “ensure that health care decisions are made between a woman and her doctor,” also stating that “the president believes that no one, including the government or for-profit corporations, should be able to dictate those decisions to women.”

Whether decided by Justice Sotomayor alone or by the entire Court, the solution to the problem must strike a delicate balance between religious freedoms of the employers and the ability of government to enforce a law promoting the welfare of employees. This conflict between legal compliance and the freedom to exercise religion is one is not unfamiliar to the Supreme Court. Although the First Amendment protects the free exercise of religion, in Employment Division v. Smith the Court held that the Free Exercise Clause

“does not relieve an individual of the obligation to comply with a law that incidentally forbids (or requires) the performance of an act that his religious belief requires (or forbids) if the law is not specifically directed to religious practice and is otherwise constitutional as applied to those who engage in the specified act for nonreligious reasons.”

How the Court interprets the case, in combination with whether the justices choose to apply this precedent to the contraception mandate of the Affordable Care Act, will ultimately determine the fate of yet another aspect of the President’s legislation.