The Problem with Sochi 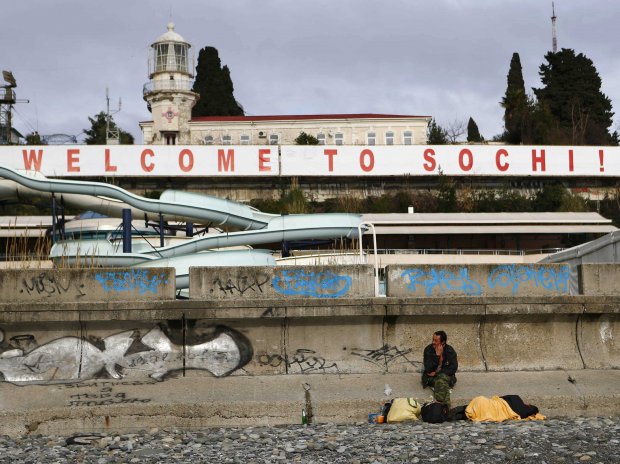 With more than 2,500 athletes from 90 countries preparing to converge on Sochi, the international gaze will soon turn to Russia as the twenty-second host of the Winter Olympics. According to reports, Russia will spend between $60 billion and $65 billion on the winter games, a staggering figure that is 30 percent greater than the cost of the 2008 Beijing Olympics (the next most expensive Olympics to date). To put this figure into further prospective, reports have indicated that the entire budget for the 2010 Vancouver Olympics was less than the cost of a 31-mile stretch of road and railway links that extend to the ski and snowboard events in Krasnaya Polyana. While part of this sum is drawn from public resources, economist Andrew Zimbalist estimated that more than half of the development spending is coming from Russian oligarchs who have handshake deals for government subsidizations of their investments, which in turn has inflated the total expenditure. Despite a relative consensus among economists that the Olympics always prove to be a substantial economic burden, some have attributed the unprecedentedly high cost of this Olympics to Russian President Vladimir Putin’s desire to make it a defining moment of his political legacy.

Although the Olympics are an inherently celebratory event, these games present the international community with serious concerns. While Putin has promised to protect the assembled spectators, athletes, and media by any and all means, domestic extremist groups have vowed to embarrass the incumbent regime.  Just last week, two men linked to prior terrorist activity posted a video to a well-known Jihadi forum promising violence at the games in retaliation for western intervention and violence in Islamic nations. These threats have drawn the attention of American legislators who have voiced concerns for the safety of Americans at the event.

Russia has also encountered pushback on a number of their human rights stances. International groups have condemned the Russian anti-gay legislation, as well as the wrongful imprisonment of political opponents and critics. In an attempt to mitigate the overwhelming nature of this negative publicity, Putin has recently begun to free jailed adversaries and promised a safe stay to all gay participants. However, these gestures appear merely to be an attempt to improve public relations before one of the most prominently featured events in Russian history.

According to Human Rights Watch, state policies that engender any form of discrimination violate the Olympic Charter, and the role of the International Olympic Committee (IOC) is to “act against any form of discrimination affecting the Olympic Movement.” Why would the IOC violate its own charter by continuing to grant Olympic bids to countries that have violated human rights such as China and Russia, which in turn supplies these regimes with the fodder for corruption and a stage for their injustices? The answer seems to be a healthy mix of practicality and greed. Olympic venues, infrastructure, and accommodations are a massive undertaking for host countries that take years build.  When Sochi was selected as the host site for the 2014 games in a 2007 IOC meeting, few could have foreseen the impending human rights issues or abrasive diplomatic decisions (such as the harboring of NSA whistleblower Edward Snowden) that would present themselves in Russia. To switch sites so late in the game would not only prove a public relations and logistical disaster for the IOC, but would also leave the Russians with billions of dollars in domestic investments that would ultimately lie unused. While this provides the pragmatic argument for inaction, many IOC decisions are also driven by greed from the committee and its member countries. The Olympics constitutes one of the largest sports television events worldwide, which merited a $4.4 billion contract with NBC to broadcast the games through 2020. This, along with the Olympics’ other revenue streams, is split amongst International and National Olympic Committees. With this deal, NBC also inherited a great deal of influence with the IOC, and would use this to prevent a disruption (i.e. national boycott or cancellation) that in any way mitigates the value of their programming.

Although the noticeable absences of President Obama and other world leaders will convey their displeasure for Russia’s political and diplomatic behaviors, these silent forms of protest provides no real consequence for their growing list of misdeeds. While an ideal world would stricter standards for Olympic host cities, as well as a more pressing concern for public safety from the IOC, in the development and selection of Olympic host cities, this level of concern is trumped by other considerations. Hopefully, pressure from the international community will force more serious diplomatic action in similar circumstances in future games.