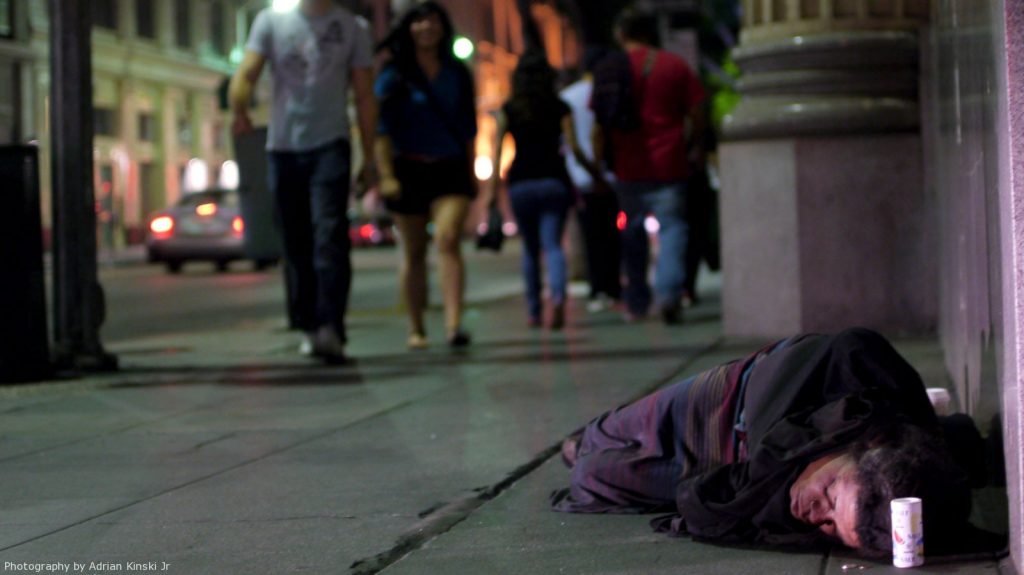 Abandoning the relative safety of bashing the failure of Obamacare, Republicans took a leap of faith this past week. Led by Senator Marco Rubio’s audacious declaration that the “War on Poverty” has failed, Republicans began a streak of talks lamenting the failure of big government and poverty-reduction programs. Coupled with Representative Paul Ryan’s claims that the United States is receiving a “failing grade” in the “War on Poverty”, it was an interesting and unexpectedly blunt shift in focus for Republicans.

The term poverty has always sent mixed political messages. First incited by President Lyndon B. Johnson’s famous declaration of a “War on Poverty” in 1964, poverty slowly faded from the psyche of Washington politics. Since Ronald Reagan famously quipped, “We fought a war on poverty, and poverty won” in 1988, poverty has been a mere side note in most Presidential agendas, Republicans and Democrats alike. Ominously deemed the “p-word”, this taboo on the usage of the term “poverty” has manifested in a plethora of new 21st century jargon: the dangers of income inequality, calls for an increased minimum wage, the battle over long-term unemployment insurance, struggles with SNAP (commonly known as “food stamps”) budgeting, and bickering over the social safety net.

Firstly, however, we must consider why poverty faded from the political sphere. The answer is rather simple: political capital. As Fareed Zakaria points out, the 46 million Americans – nearly 1 in 6 Americans – that live in poverty vote less often than other socioeconomic groups in the United States. Coupled with the fact that the poor hardly have the political clout or money to effectively lobby, it becomes clear why the interests of the poor have taken a backseat to more organized lobbies and interest groups. Perhaps most interestingly, the poor increasingly classify themselves as middle class, rather than lower class or poor. When even the poor don’t want to hear about poverty, it is hardly surprising that politicians tend to avoid the issue.

Instead, President Obama’s recent rhetoric has taken to focusing on the divisive, and rather vague, characterization of income inequality. Indeed, the issue is expected to be prominently featured in the President’s upcoming State of the Union Address. However, rather than taking the loaded term “income inequality” at face value as an economic injustice, it is essential to unpack the term to truly understand the scope of the problem. What President Obama is referring to, of course, is the increasing concentration of wealth among the superrich in contrast to the stagnation of the middle class, or more provokingly, the “1% vs. 99%”. To foster the growth of the middle class, President Obama has taken to a piecemeal approach highlighted by pushing for an increase in the minimum wage, which to his credit, does reduce poverty. In addition, the President has urged for the renewal of long-term unemployment insurance, without which, 1.3 million Americans are currently faced with paying rent and buying essentials with no supplementary income.

Given the obvious advantages of his platform, it has been particularly surprising to see President Obama skittishly avoid the issue of poverty. Indeed the concerns of income mobility, as Republicans have now taken to calling it, are equally pertinent, if not more so, among the lowest rungs of America’s poor. Although President Obama has substantially expanded Medicaid and has been dubbed a socialist and “food-stamp” President in far-right wing circles, his hesitance to exalt the success of federal programs in alleviating poverty–which has decreased substantially since the beginning of the War on Poverty–is mindboggling. Rather, President Obama, and Democrats in general, have grown accustomed to focusing their rhetoric on the American middle class.

On the contrary, it is Republicans who have taken to attacking anti-poverty programs. With increasing frequency, reputable politicians coming from working-class backgrounds such as Marco Rubio and Paul Ryan have embraced the role as flag bearers for a new, more relatable GOP committed to addressing the problems faced every day by millions of Americans. The inherent problem, however, remains that the GOP agenda fundamentally represents interests that directly contradict those policies that would alleviate poverty. As Josh Barro of Slate Magazine highlights, The GOP is committed to growth, but to overall growth; not growth for middle and lower income Americans. The GOP has sought to slash the social safety net in a reckless attempt to “balance the budget,” but fails to even acknowledge, and in many cases impedes, the efforts of federal programs in alleviating poverty. Herein lies the conundrum faced by Republicans: fighting for effective “anti-poverty” policies is hard to do when your platform is committed to slashing those very same policies without offering viable alternatives.

Republican difficulties only become more apparent when we examine how the perception of poverty in America has become increasingly subject to a distorted reality. Most notably, Mitt Romney’s 47% comment reflected a disillusionment with the very real problem of both middle class struggles and chronic poverty that has plagued the country. That is to say, this “maker” vs. “taker” mentality reflects a fundamental disconnect with the problems at hand, making it difficult to garner support and rally voters. Indeed, the brash comments of Mitt Romney did much to not only undermine a prime opportunity to ascend to the Presidency, but also to cast Republicans as out of touch elitists.

As such, Republicans face a difficult task in rebuilding their party. The simple truth is that Republicans are afloat today not because of substantive policy, but rather because of the failures that have plagued the Obama administration. Had Obamacare not been set back by an alarming number of problems, the debacle at Benghazi not occurred, and revelations regarding NSA spying not surfaced, it is difficult to believe that Republicans would be in a position to not only maintain their majority in the House of Representatives, but also potentially regain control of the Senate. Whereas examining the hypothetical may seem farfetched, the underlying fault for each of these political gaffes is that they were Democratic errors, not Republican victories.

Given the circumstances, Republicans are now increasingly hard pressed to offer lasting solutions rather than scathing critique. Assuming minimum wage increases fail to move through Congress (it will) and extending long-term unemployment insurance remains a job unfinished, the guilty party will inevitably be the Republicans because they have failed to unveil a substantive program to resolve the problems at hand. There are ideas floating around, however. Senator Rubio has frequently cited (more like stated verbatim) an essay written in the National Journal by Oren Cass, a top Romney aide that essentially highlights a decentralized “flex fund” that would leave the specific allocation of money to the states and local governments. In addition Cass’s analysis suggests replacing the Earned Income Tax Credit with a federal wage subsidy that would reward those people seeking out jobs. While the plan has of yet to be explicitly formulated, it offers the first glimpse of a traditional Republican solution–focused on decentralization, state initiative, and incentives for hard work and effort–to an issue that continues to dissuade voters.

The sad reality of poverty is that no one wants to do anything about it. Democrats who would most certainly support a strong safety net are instead engaged in a war against inequality, and Republicans, who desperately need to demonstrate their empathy for struggling Americans, are engaged in a war amongst themselves. Maybe Ronald Reagan was right. “We fought a War on Poverty, and poverty won.”