What The Minimum Wage Means to America, Pt I 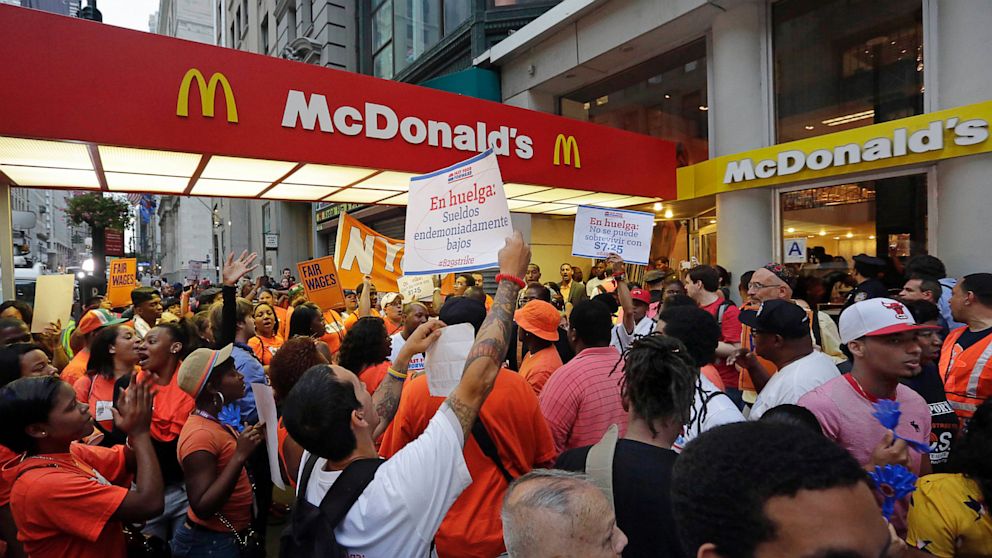 In the days before the 2014 State of the Union, the internet exploded with speculation over what Obama would cover in his address. One hot button topic was the expected use of executive orders to further his agenda, especially with regards to minimum wage. Obama did not disappoint, announcing he was signing an executive order to raise the minimum wage for future federal contractors and calling for Congress to increase the national minimum wage.

Who Works for Minimum Wage

Breaking the statistics down by race and gender, women were twice as likely (at 6%) to work for minimum wage versus men (at about 3%). About 5% of White, Black, and Latino workers and 3% of Asian workers made minimum wage.

Poverty and the Minimum Wage

From the above statistics, it is easy to see that not many work full time for minimum wage. Minimum wage is largely an entry level phenomenon for young, generally part time workers. Still, for full time workers with families, annual minimum wage earnings are well below the poverty line.

However, a jump in minimum wage from $7.25 to $10.10 (Obama’s suggestion, obtained from a 2013 study by Cooper and Hall) will affect a much larger group of workers than those making the current minimum. About 560,000 federally contracted workers make below $12 an hour, and many of them below $10. In the private sector, an estimated 25% of workers make less than $10 an hour. As growth for the bottom percentage of workers has stagnated while productivity increased, an increase in minimum wage could be a dramatic and not undeserved change for millions of Americans. Families previously receiving welfare benefits may finally become self-reliant, significantly lowering poverty levels and the fiscal receipt of federal aid.

Dube’s work, incorporating new models of labor market friction, has more finesse than previous studies of minimum wage effects. While David Card and Alan Krueger’s 1994 and 2000 case studies of a minimum wage change in New Jersey and Pennsylvania were wildly popular, their methodology was systematically flawed. In recent years, the empirical and theoretical study of minimum wage has rapidly developed. With a more effective toolkit, economists can begin to predict the effects of Obama’s executive order and his call for Congress to increase the minimum wage.

Thus, Obama’s executive order and his agenda for increasing the minimum wage may have little effect on unemployment while lowering poverty levels. The change will be most pronounced for women, who currently take minimum wage jobs at twice the rate of men. However, this is not a costless raise. Part two of this analysis will evaluate the price tag of the change as well as some specific challenges to the efficacy of minimum wage in fighting poverty.