Let’s Gauge the Room: How Does Congress Really Feel About Immigration Reform? 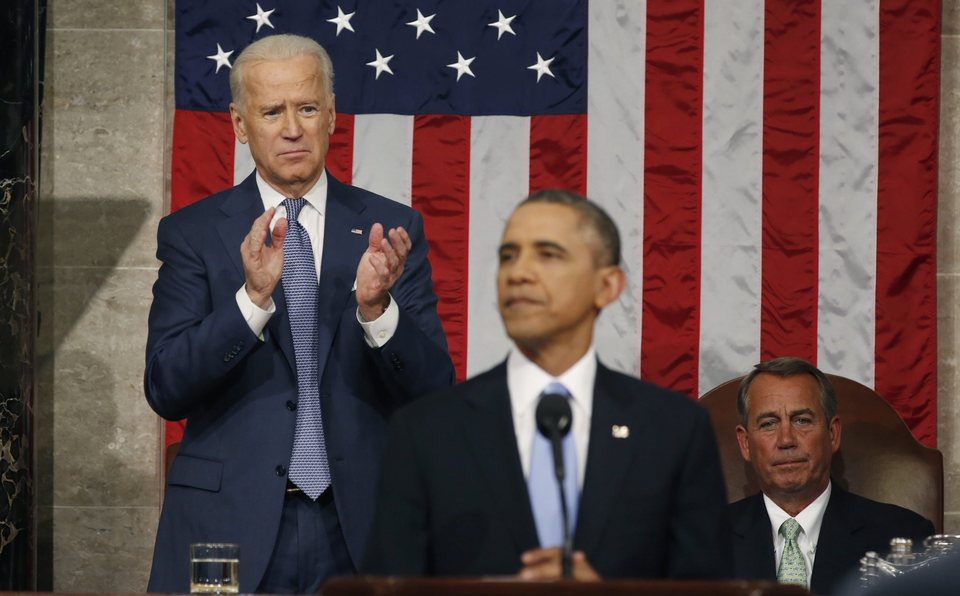 There are few more predictable patterns than the applause at the State of the Union Address. It encapsulates the way each congressman’s constituents feel about any issue on a scale ranging from “sitting on his hands” to “standing ovation.” The president’s party throws around cheap applause at every turn, while the opposition claps only when necessary. Mention climate change? Cue applause from the left. Obamacare? Couple that with scowls from the right. Meanwhile, topics such as “jobs” and “America’s veterans” carry with them obligatory standing ovations. This is not to say that this is surprising, or that that America’s veterans don’t deserve applause—they most certainly do. Instead, it should provide some context to the way that one particular issue is developing in the minds of American politicians.

About twenty minutes into his address, President Obama brought up a topic that has been among the most controversial issues of the past decade: immigration reform.  Obama called on congress to “fix our broken immigration system.” Lo and behold, over the president’s left shoulder Speaker John Boehner was applauding along with most all of the room.

Such is the nature of the changing American electorate: Immigration can no longer be ignored. Experts indicate that the rapidly growing Latino population will lead to a major rise in the salience of issues like immigration reform. If this growing Latino block of the electorate sees immigration as a critically important issue—and they do—then Congress can no longer put it on the back burner. Though traditionally the Democrats have catered more to Latinos on immigration policy, it would seem that Republicans would benefit in the long term by liberalizing their outlook on the issue.

So as Obama spoke those words, he made two contentions: first that the immigration system is broken, and second that congress should fix it. The room, Boehner included, applauded their agreement. Unfortunately, Obama’s next sentence involved the procedure for doing the fixing. The president casually noted that, while the senate had passed the bill, Boehner’s Republican house had not. After further outlining the benefits of reform, Obama implored congress to “get immigration reform done this year,” which was greeted with applause that did not involve John Boehner.

The reactions to this section of Obama’s speech revealed both the growing importance of the immigration debate, and the difficulty that the House will have in drafting a bill that meets both parties’ demands. In order to make progress on immigration, both sides must be willing to give a little. [CJ2] The primary issues standing in the way of a deal are the potential path to citizenship for undocumented immigrants, as well as the options for future border enforcement. Pro-immigration interest groups such as the American Federation of Labor and Congress of Industrial Organizations see the GOP’s unwillingness to include a direct path to citizenship as a deal breaker, with AFL-CIO President Richard Trumka referring to House’s current plan as “a joke” and indicating that his organization would not back such a deal.

Opposition from a labor organization as large as the AFL-CIO would be disastrous [CJ3] and could cause the bill to fail, much as it did in 2007. Yet, circumstances are different now than they were six years ago. In the two election cycles since, Latinos have demonstrated that, as a demographic, they are here to stay in American politics. Congress may hate compromise, but when properly incentivized, it is not too much to hope for. Yet, even still, as Obama tried to set a timetable for immigration reform, and Joe Biden clapped with the rest of the Democrats, John Boehner fiddled with his tie as though he wasn’t quite sure what his hands were for.

Look for the fun times in Congress to continue through this calendar year.