The State of the Union: The Weight of the Executive Order 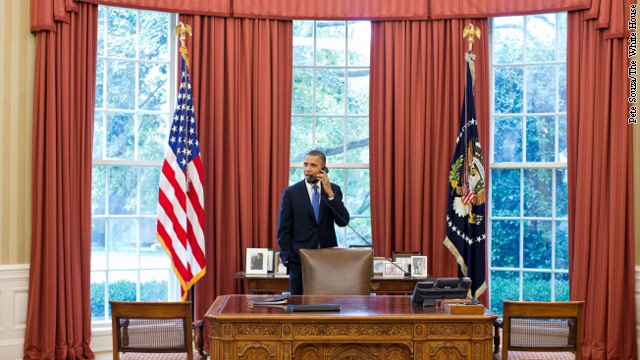 On Tuesday, January 28, Barack Obama gave his annual State of the Union address. The highlight of the speech, which in total was a testament of his reduced-ambitions and humbled expectations compared to when he first entered office, was in his threat to use executive orders to circumvent a stagnant Congress.

When Barack Obama campaigned for president in 2008, he ran on a platform of reaching across party lines and promising bipartisanship. Now, six years later, inactivity within Congress and its failure to compromise—highlighted by last year’s government shutdown—has reduced the hopes the President might have had of achieving progress with the help of Congress. He now seeks to create change through a unilateral approach.

Last night President Obama implored Congress to reverse its past trend of partisanship and refusal to work with those across party lines, but he also recognized the unlikeliness of such an occurrence. As a result, he indicated that, when possible, he would increasingly rely on his executive powers to enact change; “Some [proposals] require Congressional action, and I’m eager to work with all of you.  But America does not stand still—and neither will I.  So wherever and whenever I can take steps without legislation to expand opportunity for more American families, that’s what I’m going to do”.

It is easy to understand why many people oppose the use of the executive order; it construes a vague portion of the U.S. Constitution to allow the President to bypass the legislating body of the government, Congress, to create laws which have been approved by no person other than the President. Although such sentiments are fair, in reality, executive orders can carry only so much power, and they will not afford President Obama the power to enact sweeping changes in the law.

Executive orders can only stand if they do not overturn standing law or involve a matter that Congress considered but never acted upon. The Court has repeatedly struck down executive orders when they involve matters that have been debated on the Congressional floor. This means that President Obama will have no authority to act on matters that are hot-button and controversial. Consider immigration reform, President Obama cannot create an executive order which would give citizenship to the millions of undocumented workers in the United States, because the courts would strike down the matter because it had been discussed so many times in Congress. As a result of this, President Obama will find it difficult to enact executive orders which would institute substantial change.

In all, President Obama will surely use his power of executive order more readily for the duration of his presidency. He sees little room for substantial change in an inactive Congress, and he will try to take unilateral approaches to enact reform which he finds fitting. In the end, however, the powers of the executive order are limited and can be challenged by the Judicial Branch at every turn. President Obama will likely be able to enact some change with the executive order, but it will likely be insubstantial.