What is Preventing International Intervention in Syria? 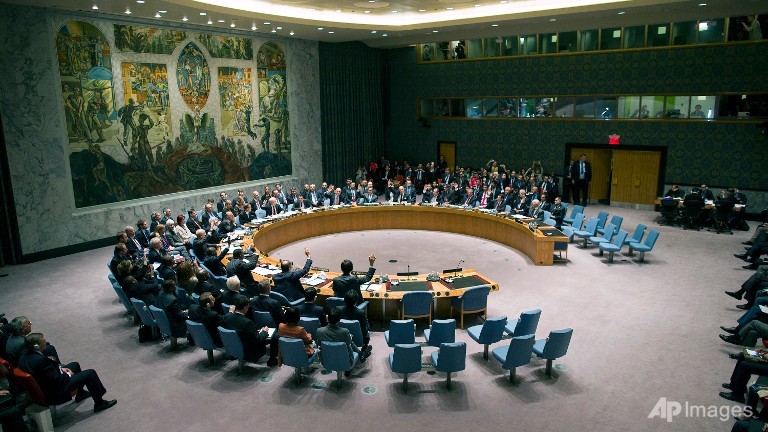 As the violent crisis in Syria rages on, unified peacekeeping efforts from the international community have been noticeably absent. With international law hindering their ability to intervene militarily, the parties that comprise the UN Security Council, arguably the worlds most powerful governing body, have been largely unable to find a unanimously acceptable course of action to stem the myriad humanitarian concerns arising from the current crisis in Syria. Though the United States, U.K., and France have advocated for involvement even before the used of chemical weapons against opposition forces, Russia and China, have remained strong supporters of President Bashar al-Assad’s regime and have been staunch in their opposition to international intervention. Since the conflict began in early 2011, this inaction has been complicit in the deaths of more than 140,000 people and displacement of over 9 million more. While new resolutions have mandated the delivery of humanitarian aid to the war-torn Syrian people, none have resulted in even the threat of sanctions or other similarly purposed action.

Despite the wide array of political interests the Council represents, this level of polar disagreement on issues of intervention has been the exception, not the rule, in international policing. In the last three years alone, the Security Council has come to a resolution on more than 150 cases in which some sort of action on the behalf of the UN has been authorized. For instance, a set of such resolutions were passed to help mitigate atrocities in the Libyan conflict of 2011 in which insurgent groups initiated a Civil War against the incumbent Gaddafi regime that bore many resemblances to the current situation in Syria. These resolutions demanded a cease-fire, implemented a no fly zone over the region to better protect Libyan civilians caught, and ultimately called for military intervention on behalf of the UN.

This begs the question of what makes Syria so distinct from other domestic conflicts that have triggered more prompt and unanimous Security Council intervention, especially after such an atrocious violation of the Geneva Protocol? Unlike other sites of Security Council intervention, Russian and Chinese domestic interests are prevalent throughout Syria. Russia seems motivated principally by its economic interests in the region as they have a $5 billion arms deal with the Assad regime, as well as a strategically important naval base that sits on Syria’s Mediterranean coast. These would obviously be threatened by Security Council action that moved to neutralize or remove Assad from power in Syria. China’s opposition to UN intervention, on the other hand, seems to be more politically and ideologically motivated.  Centered on theories of non-intervention and states sovereign rights, China views international action into the Syrian conflict as a gross overstepping of the Council’s boundaries that could set the stage for further atrocities. Some, however, have suggested that this ideology is fueled by desires to freely handle their own internal affairs in response to international outrage regarding Chinese human rights controversies and policies with Tibet.  Politically, both nations are also troubled by the growing dominance of US influence and ideals in shaping this and other troubled regions of the world.

This level of inaction in the face of developing human right’s atrocities leads one to question the effectiveness of the international organization charged ultimately with the “maintenance of international peace and security.”  If these Council members cannot strike a more reasonable balance between domestic self-interest and their duty as world peacekeeper, the effectiveness of the institution in reaching these foundational goals will be greatly mitigated.