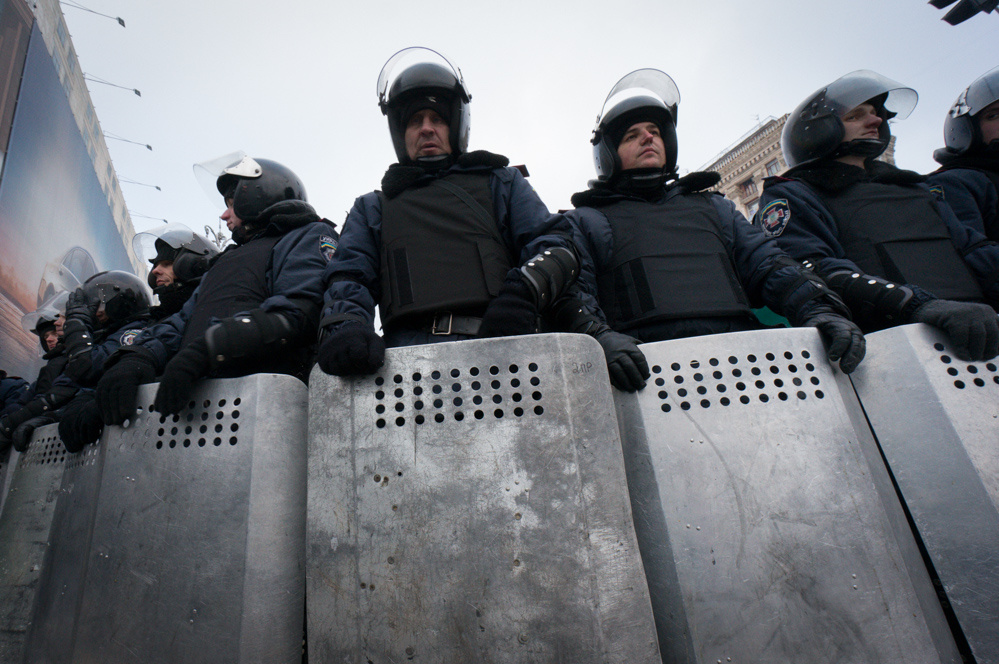 With three months of continuous protesting, the riots in Ukraine are playing out with the typical high drama of Russian politics. Many Ukrainians want the Ukraine to move closer to Europe, while the rest of the country wants to strengthen ties with Moscow. After years of simmering in the shadows, these views are finally erupting into the worldview. Now, as Ukraine dominates the political spotlight, it is important to remember the historical precedent for pro-Eurozone countries’ relationships with Russia. Russia’s relations with ex-USSR members have always been tense, but much of this tension was previously exhibited through unannounced trade wars that reminded the region about its shared ties with Russia’s culture and economy.

Ukraine and Russia share a twisted history, one that is deeply geopolitical, cultural, and fraught with violence. Matthew Rojanksy of the Kennan Institute compares the Ukraine-Russia relationship to the U.S.-U.K. relationship, but this comparison ignores the sheer proximity of the two nations. If the United States and United Kingdom are siblings, the Ukraine and Russia are recently separated conjoined twins—especially when it comes to economics.

Of course, the twin metaphor discounts one big difference between the two countries. In terms of size, both in terms of land mass and economy, Russia has the marked advantage. In the playground of international diplomacy, Russia is the schoolyard bully and Ukraine is the runt. The implications of the inequity come through most strongly in the trade between the two nations.

Following the playground metaphor, most trade disputes do not occur through the regular channels of trade agreements. Russia tends to take a more ‘hands on’ approach with Ukraine and other ex-USSR members. Popular moves include turning off the power (Russia supplies over a fifth of Ukraine’s gas supply) and banning imports. Famous past embargos include Lithuanian dairy, Moldovan wine, and Ukrainian chocolate. The import bans are often justified by citing some imaginary flaw in quality. Even Russia Today, the Russian state-owned news source, reports that most countries found nothing wrong with chocolate banned by Russia. More worryingly, Russia continues to hold grudges against countries that are already part of the European Union. Lithuania was already a member of the European Union when Russia banned the import of Lithuanian dairy; Moscow cited quality control, others cited Lithuania’s encouragement of trade agreements between Western and Eastern Europe.

Unfortunately for the ex-members, these import bans have serious consequences. Roshen, the Ukrainian company affected by the chocolate war, had production decrease fourteen percent when Russia blocked sales. Although Roshen is one of the largest chocolate producers in the world, the company makes chocolate for Russian tastes. While many of these flavors, such as ground hazelnut, translate to Western European tastes, others do not. Consider gematogen, a chocolate candy made with cow’s blood. Lithuania ran into the same problem with its dairy products—though European Union political figures ate Lithuanian yogurt to show solidarity, Lithuanian dairy farmers produce products marketed for Russians. The same is true with Moldovan wine, which gained popularity in Russia during the Soviet period but remains relatively unpopular in the rest of Europe.

Wine, cheese, chocolate—they all sound frivolous, but each good has been a symbol in Russia’s ongoing relationship with Eastern Europe. Banning imports allows Russia to remind countries of its political clout, their shared tastes, and their economic interdependence. However, as Ukrainians continue to take to the streets in support of pro-European trade agreements, Russia may find it less effective to use trade as a tool of war in the future. The implications of these riots, both for Ukraine and other countries in Eastern Europe, have the possibility to redefine diplomacy in the ex-USSR block.