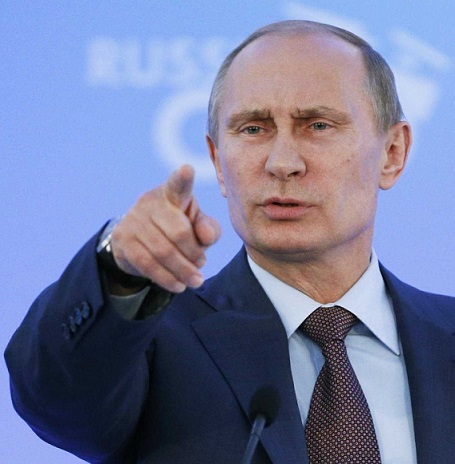 Conventional wisdom portrays Putin as a master tactician. He isn’t one.

Less than a week after the Sochi Olympics reached a coda, Russia invaded Ukraine, violating a millennial tradition of Olympic Truce. The juxtaposition between a sporting event celebrating peaceful competition among fraternal states and the occupation of a neighboring country could hardly strike a more jarring chord.

And it gets worse when one considers that Russia has broken not only international law, but also “a treaty that it signed with Ukraine guaranteeing that country’s borders, in return for which Ukraine gave up its nuclear weapons.”  To justify its broken promise, Putin points to the wishes of  the deposed President Yanukovych, who was recommended by the Ukrainian parliament for trial at the International Criminal Court for crimes against humanity, that Russian troops intervene, directly contradicting a previous statement by Russia’s foreign minister that Yanukovych was not involved.

It’s nonsensical in other ways, too. Russia maintains that its intervention is legitimate and its troops will continue to occupy Ukraine to protect ethnic Russians from violence, an “overblown” worry according to an advisory council to Putin himself, all-the-while asserting that local militias, and not Russian troops, are the ones fighting in Crimea anyway.

All the contradictions surrounding the Crimea debacle make one question whether Russian intervention was very well thought-out. Sure, Putin controls Crimea, a mostly desert of 2 million people. But at what cost?

As Fareed Zakaria points out, “[S]tep back and consider what a strategic disaster this is for him. Ukraine has slipped out of his orbit and most of the population there is going to be hostile to Russia for generations. Countries like Poland that had eased up relations with Moscow will now view it with great suspicion… Even China will surely oppose the brazen violation of national sovereignty, something Beijing is always concerned about.”

And Crimea is hardly a bounteous prize. The peninsula, which is just 60% Russian, depends on mainland Ukraine for nearly all its electricity and water and 70% of its food, meaning Kiev could just turn off the lights if Putin transformed Crimea into some kind of Russian fiefdom.

Crimea is also home to 300,000 Tatars (12% of the population), a native ethnic group which resents Russia due to a history of Russian persecution. As one author explains, Tatars “strongly oppose any separatism, and they will not go peacefully into a Russian-controlled, authoritarian ‘Yanukistan’ along the lines of Transdnistria [a Russian-dominated province in Moldova]. Not only are they extremely well organized, they are Muslims with friends. Representatives from Russia’s Tatarstan region are already supporting them. Turkey, which controlled the Crimea for much longer than Russia ever did and has close ties with the Crimean Tatars, is watching. So are Chechen rebels.” In short, Crimea is risky real estate.

And there are economic costs, too. Following the Crimean deployment, the Russian stock market experienced its steepest decline in five years and the Russian ruble reached its lowest value ever, despite the Central Bank raising interest rates and spending billions to defend the currency. “Russia will be the big loser of the crisis in Ukraine,” said Timothy Ash, chief emerging-market economist at Standard Bank Group Ltd. in London. “There’ll be a big hit to domestic and foreign confidence, less investment and likely increased outflows … a weaker ruble and weaker growth and recovery.” Russian elites have lost billions from the sell-offs of prominent corporations such as Gazprom, the state-oil company,  and the conflict has also imperiled access to $8 billion in loans from the international credit markets sought by Russian businesses, according to Bloomberg.

And that’s just the tip of the iceburg – if Russia is expelled from the G8 or other sanctions are put in place, the country’s economy will suffer even more. Naturally, in an environment of spooked investors and accelerating capital flight, with more than $30 billion exiting the country so far this year, Russian legislators reassuringly mulled seizing the assets of American and other foreign businesses in Russia.

In short, Putin seems to have won the Crimea but at enormous strategic and financial costs. The Russian regime derives its legitimacy from performance, not a just selection process, so the regime will be undermined if growth tumbles or the country becomes isolated. But rather than tackling the structural problems his country faces, Putin has prioritized bullying Ukraine to satisfy his necrophilic fetish for an imperial Russia. That decision counts among its casualties the Ukrainian and Russian people, and, sooner or later, may imperil the regime itself.

Conventional wisdom portrays Putin as some kind of master tactician, the calculated Russian chess master of the political realm. Recent events chip away at that portrayal, as Putin’s wit takes a back seat to his nationalism. The costs of the Crimean adventure are obvious. What are the benefits?