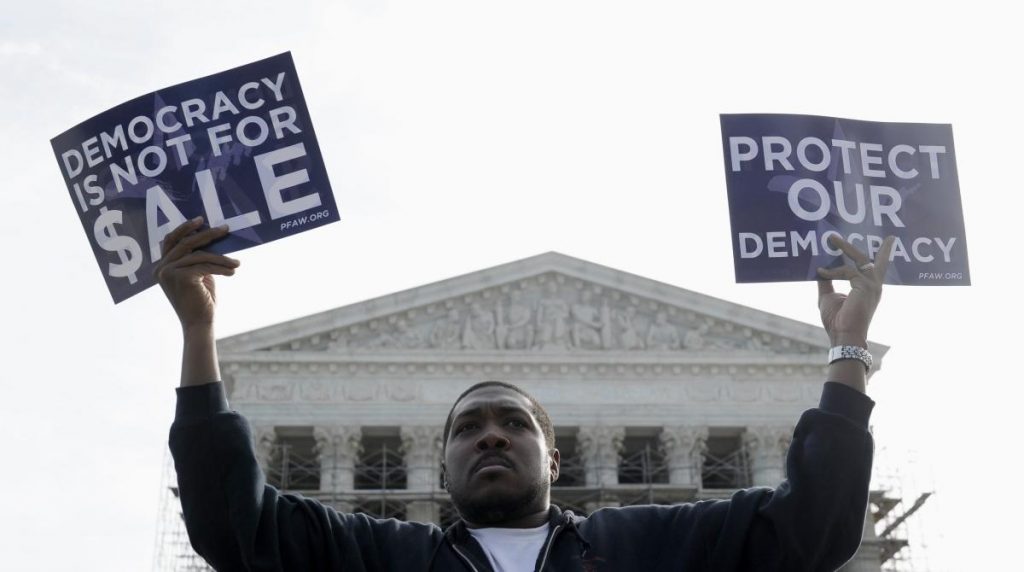 The Supreme Court made a landmark ruling regarding campaign finance reform this Wednesday. By a 5-to-4 vote, the Supreme Court struck down any limitations on federal campaign contributions, thereby erasing the previous aggregate limit of $123,000 for individual donors and further increasing the role of money in political elections.

The ruling comes as a continuation of the recent rejections of the campaign reforms brought on forty years ago during the Watergate era, which were aimed towards restoring political efficacy in the electorate. Many in Washington view this decision as a protection of freedom of speech over the tyranny of regulation, as it releases restrictions on how many candidates individual donors are allowed to financially support. Chief Justice John Roberts commented, “If the First Amendment protects flag burning, funeral protests and Nazi parades, it surely protects political speech.” While he acknowledged the greater potential influence individual donors can have on campaign financing and candidates’ actions, Roberts indicated that the Federal Elections Commission, which has been known for its lack of proper enforcement, would be responsible for exercising control on the predicted millions of special-influence dollars coming into the campaign system next year.

While the ruling serves to protect freedom of speech, the new campaign finance laws have evident ramifications on our political process. The unchecked influence of wealthy individual donors, such as the Koch brothers, can potentially form an oligarchical system, which eviscerates the political importance of the electorate and further decreases political efficacy in an age where Congress already has a lower approval rate than root canals and even Nickelback.

Not only does this undermine the ideals of American democracy, but it also magnifies the effects of income inequality. In a political system characterized by a money-driven grapple between factions, wealthy individuals have a significantly greater power to influence legislation, potentially leading to a loss of voter agency and political voice for lower and middle-class citizens. Therefore, rather than solely protecting the first amendment, this ruling allows for a greater difference in the implementation of freedom of speech, with billionaires having a disproportionally greater influence on the political system than the average voter.

The 5-to-4 vote along ideological lines also indicates further implications in terms of how effective the Supreme Court is as an unbigoted body of justice and judgment. In a political age rife with polarized disputes, the consequences are evidently reflected even in the highest of courts. While the Supreme Court is meant to be an impartial means of checking the actions of our government, the close vote margin in this ruling and the justices’ adherence to their own ideological spheres, have many questioning the overall legitimacy of the ruling.