A Step Down and a Step Back: Sebelius’ Resignation and the Affordable Care Act 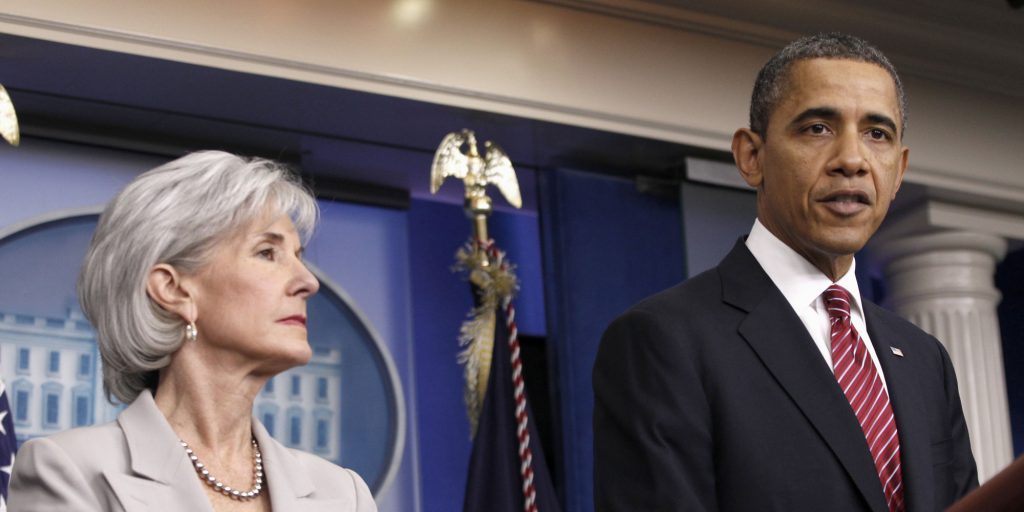 After a tempestuous debut last October, April 1 seemed to signal smooth sailing for Healthcare.gov. In a press conference, President Obama proudly announced that 7.1 million people had enrolled for health insurance under the Affordable Care Act, surpassing the White House’s goal of 7 million enrollments by March 31.

“The debate over repealing this law is over,” the President declared triumphantly. “The Affordable Care is here to stay.”

He may have spoken too soon. On Friday, April 11, Kathleen Sebelius, the Secretary of Health and Human Services, announced that she would be stepping down. Though the President lauded her for her accomplishments, Sibelius’s resignation places Obamacare on thin political ice by conceding that the legislation is far from perfect.

Even more, the resignation provides House Republicans with political ammunition to further attack the health care reform. The Washington Post noted in March that House Republicans have voted 54 times since 2011 to repeal the Affordable Care Act. The repeated symbolic votes seemed more of an exercise in political theater than a legitimate threat, and even gave Democrats the chance to paint Republicans as the stubborn culprits of partisan gridlock. When the Affordable Care Act finally reached its goal of 7 million enrollments by April 1, the President seemed to have dealt a knockout blow to the legislation’s critics.

Alternatively, the argument could be made that the appointment of a new Secretary could reinforce American’s belief in the fundamental goals of the Affordable Care Act. Sebelius insisted in an interview with NBC that she was not pushed out the door by the administration, and the White House has been quick to note the numerous successes of her tenure. All the same, if Healthcare.gov shows marked improvement in the coming months, then the White House will be able to chalk up the early struggles to a poorly run agency.

If the Affordable Care Act continues to struggle under new management, however, it will validate the Republicans’ claims that the legislation’s ideological foundation is to blame. The President announced on Friday that Sylvia Mathews Burwell, who currently oversees the Office of Management and Budget, would succeed Sebelius.

Perhaps unsurprisingly, some conservative skeptics have already expressed concerns over the choice of an official who has spent much of her career balancing budgets and managing the federal debt. Some have speculated that the Administration is merely seeking someone to “spin the numbers,” as Rep. Marsha Blackburn (R-TN) suggested on CBS’s “Face the Nation.”

The insinuation of the Obama Administration intentionally manipulating records is a questionable one. If one things if for certain, though, it is that the incoming Secretary faces an uphill battle to re-convince Americans of the Affordable Care Act’s integrity.