Is the American Public Adopting Realism? 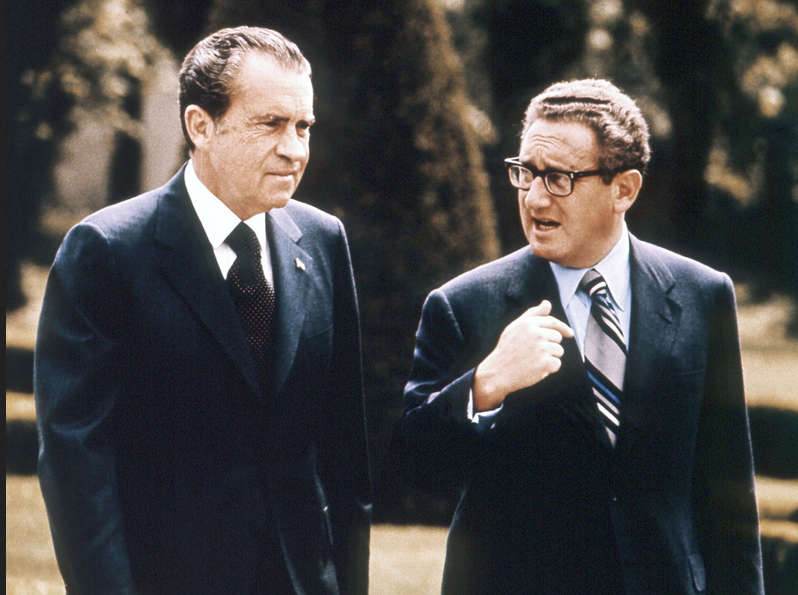 Writing in defense of the RAF’s controversial bombing tactics in World War II, the military historian John Terraine noted, “When wars are long over, people tend to forget how compelling was the desire to finish them.” Based on recent American military history, I would add to Terraine’s dictum: “When wars fall out of favor, people tend to forget how fervent was the desire to start them.”

This addition seems to describe public opinion regarding almost every American military engagement since 1945. The Korean War has been called “the first war we lost” and a “disaster.” Yet in June of 1950, as the United States began counterattacking North Korean forces, the intervention enjoyed a towering 81% approval rating among the American people. Yet by 1951, 49% of Americans thought the US had blundered into World War III, and by 1952, 50% said Truman had made a mistake sending US forces.

On the eve of Clinton’s intervention into Somalia (that produced the now infamous “Black Hawk Down” incident during Operation Gothic Serpent), 65% of the public favored the effort to capture the warlord Mohamed Farrah Aidid.

In February of 2003, 59% supported an attack on Iraq. By March, 72% reported that using military force would be the right decision, and then 75% reported that sending US forces was “not a mistake.” Yet since 2006, over 50% of the American people have consistently viewed the Iraq War as a mistake.

Gallup pollsters explain these astronomical levels of support for ultimately questionable wars as a “rally effect.” The fact that America intervenes automatically makes the intervention more popular, at least initially, by providing Americans with a common enemy and focus. This explanation is very oversimplified. It does not seem to acknowledge, for example, the effect of war propaganda on American public opinion. For example, a recent study has documented that on at least 935 occasions, Bush administration officials “stated unequivocally that Iraq had weapons of mass destruction (or was trying to produce or obtain them), [had] links to Al Qaeda, or both.” Undoubtedly, these assurances influenced public opinion leading up to the invasion.

But I would also argue that there is a third, hidden element to American support of these wars. Implicit in the decision to endorse an American intervention is the assumption that America even has the rights and capability to execute its goals. No one wants to needlessly throw away lives and money. For example, in Korea Americans had the fundamental assumption that the American military, the bane of fascism, could readily expel North Korean aggressors from the South. When the Chinese intervened, the reality of an unwinnable war shocked the American consciousness. Support for the war dropped by 42%.

In Vietnam, Americans fundamentally believed that the US military had it in its power to vanquish North Vietnam. As Henry Kissinger said, North Vietnam was a mere “fourth rate power.” Or if America could not destroy communism, it surely could negotiate a divided Vietnam as had occurred in Korea. The last thought on Americans’ minds was that the totality of Vietnam would fall under Communist control and a shamed America would have to evacuate. In Iraq, an implicit assumption of the invasion (aside from Saddam’s near-inevitable deposition) was the possibility of bringing democracy to the Middle East. In May of 2004, after the Hussein regime was toppled and the American occupation temporarily brought concepts of western civil liberties to Iraq, a steep 72% of Americans stated they believed Iraq was “better off” as a result of the intervention.

Given these traditionally high levels of public support for military interventions, one might be surprised to find that in two recent geopolitical conflicts, American public support for intervention has been almost non-existent. I here am talking about the civil war in Syria and the Russian invasion of the Crimea.

In August of 2013, the Obama administration kicked the war propaganda into high gear regarding Syria. Notably, Secretary of State John Kerry made a series of histrionic demands for intervention. He stated that Bashar al-Assad was a “thug” and a “murderer.” The reports that al-Assad had used chemical weapons “[were] as clear as they are compelling.” Furthermore, “The primary question is no longer what do we know. It is what are we in the world going to do about it?”

Despite Kerry’s iteration of his “Stevenson moment” (i.e. when Adlai Stevenson dramatically presented photographic evidence that the Soviets had put missiles in Cuba), his pleas fell on deaf American ears. Sixty-eight percent of Americans opposed intervention in Syria, the lowest level of American support for a proposed intervention in at least the last two decades. Americans did not even support indirect intervention: 57% disagreed with Barack Obama’s decision to arm the Syrian rebels. (Perhaps Obama’s arms proliferation seemed eerily similar to Reagan arming Osama bin Laden and the mujahideen in their fight against the Soviets.)

Turning to the Crimean crisis, the American public’s reaction has been even more stark and definite. A mere 7% support any form of military intervention. 46% of Americans support economic or political tactics, and 43% believe America should not involve itself in any way.

Clearly, American public opinion has shifted from its previous laudation of any and all things interventionist. A portion of this reluctance can be attributed to war weariness from Iraq and a desire to focus on domestic issues. But there also seems to be a compelling argument that Americans are reassessing their assumptions about the basic capabilities of the US military.

Take reports from two major news sources on Syria and Crimea. Almost simultaneously as Kerry was making his “do something” appeal, the Washington Post featured an article about Syria, reading in part:

“6. Why hasn’t the United States fixed this yet?
Because it can’t. There are no viable options. Sorry.
The military options are all bad. Shipping arms to rebels, even if it helps them topple Assad, would ultimately empower jihadists and worsen rebel in-fighting, probably leading to lots of chaos and possibly a second civil war (the United States made this mistake during Afghanistan’s early 1990s civil war, which helped the Taliban take power in 1996). Taking out Assad somehow would probably do the same, opening up a dangerous power vacuum. Launching airstrikes or a “no-fly zone” could suck us in, possibly for years, and probably wouldn’t make much difference on the ground. An Iraq-style ground invasion would, in the very best outcome, accelerate the killing, cost a lot of U.S. lives, wildly exacerbate anti-Americanism in a boon to jihadists and nationalist dictators alike, and would require the United States to impose order for years across a country full of people trying to kill each other. Nope.”

Thus, the Post argues, though the United States may very well have the resources to intervene, there is no coherent strategy the US military could even follow. Take another article, this one from Forbes, on why US military intervention in Crimea would be “unthinkable,”:

“1. Russia has the ability to utterly destroy America. Conflicts have a way of getting out of control when foreign powers intervene. In any military confrontation between U.S. and Russian forces, there is a danger of escalation not only to conventional combat, but beyond – in other words, to the use of nuclear weapons. That may sound like an improbable scenario, but it’s no more outlandish than an assassination attempt by Serbian nationalists leading to a World War, and yet that actually happened – in the same region. Russia has thousands of nuclear warheads, and the only defense America has against such weapons is retaliation in kind. Think of the possibilities.”

“6.  The U.S. electorate deeply opposes military action. Although some politicians and pundits in Washington still view America as the world’s policeman, that story is over as far as U.S. voters are concerned. Whether the latest flashpoint is Libya or Syria or Ukraine, the electorate has no interest in sending military forces and little interest in extending any other sort of aid. What that means in practical terms is that even if Washington has world-class military capabilities, it lacks the will to prevail in a fight where major national interests are not on the line. There is a mismatch between the level of commitment that Moscow would bring to any confrontation over Ukraine and the likely commitment of U.S. leaders. Putin knows this, and will manipulate sentiment in both countries to win.”

The thrust of these articles is that the American military has fundamental constraints on the changes it can feasibly produce and that it should only be employed in areas of extreme national interest, and even then it could be suicide against a nuclear opponent. This view happens to be generally consistent with the basic conclusions of realism, the philosophy of international relations “moving beyond American exceptionalism and toward an understanding of the inherent limits of power and the tragedy involved in making choices in foreign policy.”

Interesting to note is that while the ‘constraints view’ now seems zeitgeist, in earlier periods of American history, it was tantamount to moral callousness and defeatism. Henry Kissinger has been touted as the quintessential American realist and, in that role, came to quite contentious conclusions about the limits of American power. After a tape was released in which Henry Kissinger stated that if, theoretically, the Soviet Union were to gas Jews, it would be “a humanitarian concern” but not an “American concern,” and Nixon responded, “I know. We can’t blow up the world because of it,” Kissinger was described as “despicable,” “callous,” [a] “revulsion,” [a] “hypocrite,” “chilling,” and “shocking.” Yet for all the condemnation heaped on Kissinger, what could the United States have feasibly militarily done with the Soviet Premier’s finger on the nuclear launch button? It is easy to heap moral condemnation on Kissinger, but more difficult to escape the sad logic of his conclusion.

In a twist of fate, Kissinger’s hypothetical may be turning into a reality. Haaretz reported on April 24 of the marked uptick in anti-Semitic violence witnessed recently in Ukraine. In Nikolayev, a synagogue has apparently been fire-bombed. In Dnepropetrovsk, the tomb of Dov Ber Schneerson desecrated. In Sevastopol, a Holocaust memorial vandalized. Earlier, a leaflet (which may or may not be authentic) was disseminated amongst Jews ordering them to register with Russian authorities. If these reports are true, and especially if the anti-Semitic violence escalates, the Ukrainian situation will provide a chilling test-case for the American public’s apparent, nascent realism.

If Henry Kissinger was a “despicable” “hypocrite” for suggesting that Russian Jews would not be a worthy enough cause to “blow up the world,” what are we to conclude from the fact that 93% of Americans emphatically do not now want a military intervention in the very same region?