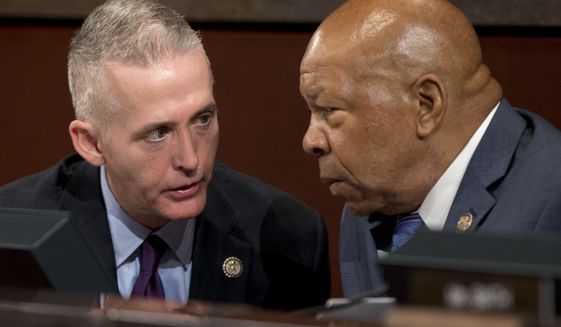 On Wednesday, the House Select Committee on Benghazi convened their first hearing to collect and assess information regarding the September 11, 2012 terrorist attacks on United States compounds in Benghazi, Libya. Despite discussing a topic that has become highly politically polarized, the congressmen met with little fanfare and a businesslike attitude as they discussed the events before, during, and after the night that Ambassador Christopher Stevens and three other Americans were killed. This specific hearing discussed a topic that both Republican and Democrat members of the House agreed was an important starting place: How has the US Department of State followed the recommendations of the Accountability Review Board (ARB) after the attack?

And, for both Republicans and Democrats, the answers to that question and the other questions soon to be raised by the select committee will prove important on the levels of both partisan politics and future policy maneuvers. As the Chairman noted in his opening statement on Wednesday, “given the gravity of the issues at hand, I would rather run the risk of answering the question twice than run the risk of not answering it once.” And thus, the House began its full scale investigation.

On the select committee, Chairman Trey Gowdy (R-SC) and ranking member Elijah Cummings (D-MD) have a history of arguing opposite sides of controversial political issues.  Both serve on Darrell Issa’s (R-CA) Committee on Oversight and Government Reform which, in addition to handling the original investigation regarding Benghazi for the House of Representatives, has also spearheaded largely partisan discussions on Lois Lerner and IRS targeting of conservative political groups. Yet, on Wednesday the interaction between the two was cordial, and at times even friendly. This relationship reflects the importance of caution regarding an issue so major for so many individuals, of whom not the least important are the families of the four individuals who lost their lives in Libya. Of course though, the political reasons for the hearing are far more complex.

Let’s begin with what might be the most obvious political factor in these hearings. It’s no small secret that for some time Hillary Clinton has been angling for a run at the presidency in 2016 and that she presents a large threat to the Republicans come election time. As Secretary of State during the attacks on the US Consulate in Benghazi, she also remains inextricably connected to the death of Christopher Stevens. The hearings will most likely stretch on into the midst of the 2016 primary battles, and Republicans are looking for every chance to turn any new evidence or testimony into a political weapon, all while the committee continues its investigation insulated from horse-race electoral politics. In this first hearing, testimonials have already produced material that may be turned into negative advertising in the next two years.

Second are the Democrats, who may be just as likely to use the hearings to their political advantage. Clinton already escaped a first round of hearings (mostly) unscathed. If she can point to a Select Committee that has yet to find a smoking gun come election time, she would be largely inoculated from the Benghazi threat, the largest challenge to her tenure as Secretary of State.

Elections might indeed cross over into the policy realm when we take a look at the Middle East today. Since the Benghazi attacks, the rise of ISIS in the fire of the Syrian Civil War has shifted attention back to Iraq. The jihadists of the Islamic State are one of the most, and perhaps the most dangerous threat to US foreign security in the region, and the questions discussed in this first hearing seem specifically pertinent to ensuring operational security for US diplomats and agents in the area. The argument is simple: Republican or Democrat, take the Benghazi hearings seriously or risk yet another consulate burning to the ground.

But to many, ISIS also quite possibly represents the smoking gun in the investigation. Many Benghazi whistleblowers and investigators have for years now harbored a theory not without merit, a theory the CIA annex in the port city of Benghazi the staging ground for smuggling weapons to the rebels in the Syrian conflict. During the first round of hearings, Senator Rand Paul (R-KY) even questioned Clinton on movements of goods from Libya into Turkey. Whether or not that is the case, what has become clear since the attacks is that some of the groups fighting the Assad regime are not secular protesters, but the al-Qaeda affiliated al-Nusra front and, in fact,  the Islamic State in Iraq and Syria, a group that has openly gloated about acquiring US weapons and armor.

So, for the reader’s mind, the details aren’t too hard to put together. Linking Clinton or the Obama administration to funding ISIS in Syria would be a story akin to Watergate in magnitude, and would give Republicans a very big lead in 2016. Of course, this is a very big if, and one that has been largely marginalized by many mainstream Republicans regarding the hearings at hand. Gowdy has made sure to put the search for truth at the forefront of his investigations, but indeed, sometimes truth is stranger than fiction, and House Select Committees have a history of coming to radical conclusions. One thing, though, is certain: for both Republicans and Democrats, the coming investigation should be an important look into an event that will hold importance in the American psyche for years to come.