Out of the Frying Pan and Into the Fire 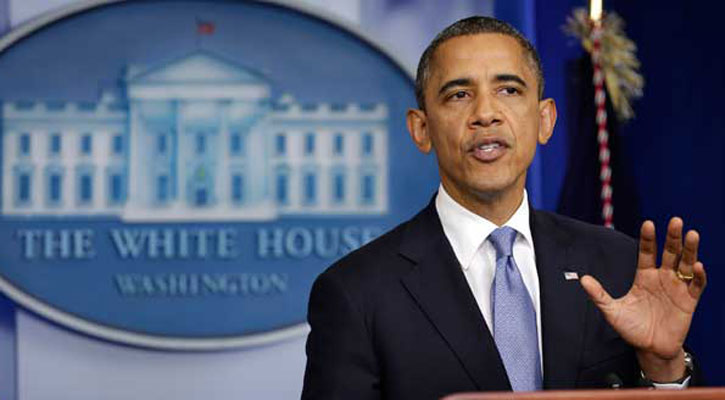 When President Obama made his “we don’t have a strategy yet” gaffe regarding the American stance against ISIS, the popular reaction was a predictable combination of attack and defense. Many were surprised by Obama’s self-deprecating bluntness, while others claimed that Obama knew he would pursue military action but not what specific action. Critics like neoconservative fanatic Bill Kristol even accused Obama of refusing to be “the war president we deserve,” a milquetoast unwilling to embrace the moralistic rhetoric of “victory” over “tyrants and murderers.”

As surprising as it is to hear an American president say they do not have a strategy, the fact that the Obama administration lacks a clear strategy on Iraq has been readily apparent for years.

In truth, Obama has pursued a short-sighted policy on Iraq ever since he assumed office. ISIS should have surprised no one. Perhaps its brutality and its extreme interpretation of sharia provide it with a flavor different and more bitter than familiar forms of Middle Eastern Islamic extremism. But we have known since at least 2007 that in the absence of an American presence in Iraq, the country would implode.

That the initial 2003 invasion of Iraq was a mistake is now almost Gospel. The pretenses for Bush’s overthrow of Saddam’s regime – the manufacture of WMDs and the facilitation of the 9/11 attacks – proved false. The problems of Iraq did not begin with Barack Obama. However, Obama was still morally and geopolitically obligated to salvage the situation and to try to prevent future terrorist threats against the United States.

Instead, Obama simply tried to excise Iraq out of his global strategy. He had campaigned on the promise to totally end the war, to end the very “mindset that got us into war in the first place.” No longer was America supposed to pursue arrogant, unilateral, ineffective intervention. In 2008, the progressive American Prospect called Obama’s new look in foreign policy “the most sweeping liberal foreign-policy critique we’ve heard from a serious presidential contender in decades.”

But six years after its fawning evaluation, the American Prospect had changed its tune: “every day of his presidency has shown how hard it is to change that [unilateral] mindset, and he continues to be battered and buffeted by it. It’s also impossible to ignore the fact that, by constantly asserting vast executive authority for various anti-terrorism measures, from drone strikes to surveillance, Obama has also affirmed and strengthened that mindset.”

On the conservative side, the Wall Street Journal of September 11 concurred: “The intensity of the threat from the militant group Islamic State requires the type of long-term, open-ended conflict he has resisted since taking office – and which he campaigned for the White House saying he would avoid.”

Rather than reign in America’s enormously expensive bases in Germany or Japan or Korea or Australia, Obama instead withdrew in toto the American presence where it was most needed, in Iraq. On Obama’s quasi-anti-imperialism one might echo Churchill: “He has all the virtues I dislike and none of the vices I admire.”

Moreover, it was well-known in Washington what would happen if we withdrew completely from Iraq. George W. Bush commented prophetically in 2007:

“I know some in Washington would like us to start leaving Iraq now. To begin withdrawing before our commanders tell us we’re ready would be dangerous for Iraq, for the region and for the United States. It would mean surrendering the future of Iraq to al-Qaeda. It would mean that we’d be risking mass killings on a horrific scale. It would mean we’d allow the terrorists to establish a safe haven in Iraq to replace the one they lost in Afghanistan. It would mean we’d be increasing the probability that American troops would have to return at some later date to confront an enemy that is even more dangerous.”

Bush’s statement from 2007 very closely resembles the situation we are watching unfold in 2014.

And nothing changed during Obama’s tenure to fundamentally invalidate Bush’s prediction. If anything, we should have been even more cautious about a ‘clean break’ with Iraq as we learned just how corrupt, incompetent, and ineffective Iraq’s security forces really were. The Pentagon itself estimated that probably only half of Iraq’s forces were even functional; the rest “are so deeply infiltrated by either Sunni extremist informants or Shiite personnel backed by Iran that any Americans assigned to advise Baghdad’s forces could face risks to their safety.”

First, the Administration made the decision to simply leave behind all its bases, equipment, trucks, computers, and even tanks, rifles, body armor, and ammunition in Iraq rather than ship them home or destroy them. The bases, worth over $2 billion, and $250 million worth of equipment were “given away to the Iraqi government” during the American withdrawal.

This decision has proved immensely foolish. The administration had credible reports, such as the one mentioned above, that the Iraqi Army was incompetent and disintegrating and would become a hotbed of radical infiltration. And this is precisely what has occurred. The Iraqi Army has crumbled against ISIS, and in the process ISIS has captured thousands of American-made M-16s, scores of Humvees, and, shockingly, 52 155mm M198 Howitzers. Further, due to the Iraq government’s total lack of control, ISIS has grown strong enough to mount a major attack on Syria. The estimated 20,000 fighters there now make up to $3 million a day selling off Syrian oil, meaning that ISIS is probably the world’s first self-sustaining terrorist organization.

Second, as I wrote about in April, the Administration against the will of the American people directly armed the Syrian rebels fighting the Assad regime. While in 2013 Secretary of State Kerry was calling Bashar al-Assad a “thug” and a “murderer” and calling for his deposition, he is now al-Assad’s de facto ally as they both fight ISIS. As ISIS continues to fight both Assad and the American-armed Syrian rebels, ISIS will capture more and more of the American materiel Obama pumped into Syria. The administration’s myopic ‘strategy’ in Iraq has backfired to create a morally awkward and highly dangerous imbroglio in Syria.

As a final thought, students of history ought to be deeply perturbed by General Martin Dempsey’s comment that if he saw fit, he would recommend the re-deployment of ground troops to Iraq. President Obama has promised up and down that he will not re-deploy troops, and will only use military advisers and airstrikes against ISIS. This is the same promise that Lyndon Johnson made in 1963 and 1964 about the conflict in Vietnam. Johnson insisted that he would not send in ground troops right up until he sent in ground troops – 75,000 of them.

Despite conducting the largest bombing campaign in world history in Vietnam, the United States could not upstage the battle-hardened and ideologically fanatical Viet Cong. We now face a basically similar situation in Iraq against battle-hardened and fanatical ISIS. Though our bombs may now be “smarter,” pounding Iraq into a moonscape is likely no better a strategy now than it was in Indochina half a century ago.

[Note: Special thanks to Professor Thomas Schwartz for the ISIS and Vietnam article.]