The Disturbing Revival of Anti-Semitism 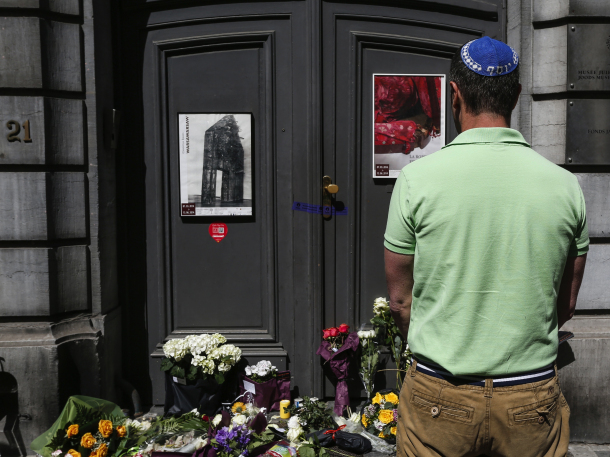 In response to the conflict this year between Israel and Hamas, many across Europe have resorted to anti-Semitic demonstrations and desecrations in protest of Israeli military action. Such activity has caused one of Europe’s most fervent anti-Semitic periods since those surrounding the Holocaust in the 1930s and ‘40s. As a result, there is a heightened sense of uneasiness surrounding the prospects of a peaceful and established Jewish population in Europe that has not been seen since the establishment of the Nazi regime in the 1930s. While anti-Israeli movements are, and should be, tolerated across the globe as a legitimate form of political protest, the specifically anti-Semitic form that many have taken demonstrates a fundamental intolerance for the Jewish people among these groups.

Perhaps two of the most disturbing incidents came in recent months in Germany and France, two nations historically marred by anti-Semitism and the collective loss of hundreds of thousands of Jewish citizens during the Holocaust. This past July, anti-Israeli protests in Wuppertal, Germany led to the destruction of the Bergische synagogue, a site previously destroyed on Kristallnacht in 1938, and similar demonstrations in Frankfurt devolved into chants of, “Hamas, Hamas, Jews to the gas!” In France, July rallies in Sarcelles, a town just 19 miles from Paris, turned violent when protestors destroyed the windows of Jewish shops and hurled Molotov cocktails at two local synagogues. This, which at its fundamental level is an inability or objection to separating the actions of a sovereign nation from that of a religion whose adherents span the globe, can easily evolve into the sort of mob mentality that has been characteristic of great discrimination, injustice, and genocide.

While Israel-centric conflict in the Middle East is by no means a new development, why now, has there been such a rise in anti-Semitism? According to Russell Berman, a professor of German studies and comparative literature at Stanford University, the resurgence of anti-Semitism is due principally to domestic changes within the European political structure. Berman theorizes that the European far-right, which has become more prevalent as evidenced in last year’s parliamentary elections, has historically been a home of anti-Semitism veiled in nationalism and xenophobia. Berman adds that, “Some Europeans believe their national political life has been subordinated to a “transnational bureaucracy” in the form of the European Union, [which] breeds resentment, and one expression of that is anti-Semitism.” Amir Eshel, another professor of German studies and comparative literature at Stanford, provides a different take, posing that as the sensibilities of the Holocaust fall further into the past, the young people that have comprised many of these demonstrations are now much less conscious of the crimes and lessons learned by prior generations. Unlike their more immediate ancestors, who may be more sensitive to such rhetoric, the younger, activist demographic is more prone to forget such times, especially in displaying their anti-Israeli beliefs through fervently anti-Semitic actions.

While some might view these as the actions of extremists who, in isolated incidents, committed these hate crimes, evidence suggests that the under-currents of anti-Semitism pervade European society. According to a study by the Anti-Defamation League in 2014, 24 percent of people in Western European countries harbor overtly anti-Semitic sentiment, which excluded analogous dissent for Israel. While this figure is disturbingly large in its own right, it is likely compounded by negative feelings towards Israel, which have a strong linkage to the Jewish religion and people as a whole. Regardless of one’s opinion on the Israeli-Hamas conflict, the evocation of such anti-Semitism that harkens the memory of one of the world’s greatest atrocities is alarming, and I think we can all agree it has no place in the modern world.