Voter ID Law: The Fault in Both Perspectives 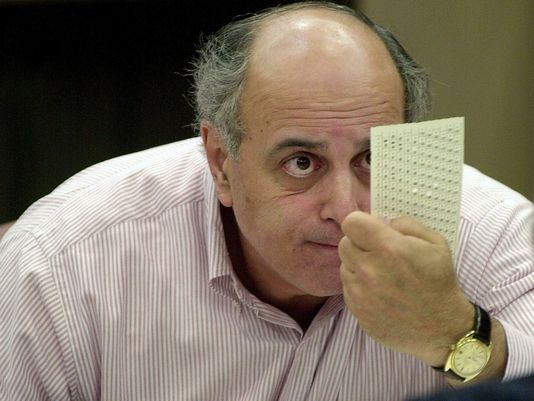 The Supreme Court’s recent order approving Texas’s voter ID law has pushed voting rights issues back into the spotlight. The two most common arguments about voter ID laws are that they either prevent voter fraud on a substantial scale, or, conversely, that they are unconstitutional poll taxes. Both of these arguments are dubious and both distract from the fact that the United States needs a more effective way to police the fraud in its elections.

Drawing on historical comparisons to the Jim Crow south, liberals (and also Richard Posner) have labeled voter ID laws as poll taxes. Yet the Supreme Court has continuously rejected this argument. As Justice John Paul Stevens stated in Crawford v. Marion County Election Board (2008), the Court set the precedent in the Harper v. Virginia Bd. of Elections (1966) poll tax case that “a State ‘violates the Equal Protection Clause of the Fourteenth Amendment whenever it makes the affluence of the voter or payment of any fee an electoral standard.’” The Court then nuanced the Harper test in Anderson v. Celebrezze (1983), confirming “the general rule that ‘evenhanded restrictions that protect the integrity and reliability of the electoral process itself’ are not invidious and satisfy the standard set forth in Harper.”

First, at least as most states have constructed their voter ID laws, these laws do not make affluence or payment of a fee an electoral standard. Citizens do not have to pay any fee to vote per se. The argument that citizens would have to pay to reprint a birth certificate or license is usually a non-issue for voter ID laws. The laws either provide that the state will issue a free voter identification card, or that the citizen can cast a provisional vote that will be counted if the citizen fills out a sworn affidavit within ten days. The laws simply do not, as poll taxes would, condition the qualification to vote on the payment of a fee. Rather, they condition them on the ability to secure a (free) voter card, or to sign a (free) affidavit. As Stevens concluded, “For most voters who need them, the inconvenience of making a trip to the BMV, gathering the required documents, and posing for a photograph surely does not qualify as a substantial burden on the right to vote, or even represent a significant increase over the usual burdens of voting.”

Moreover, the respondents in Harper were never able to demonstrate that the state had a legitimate interest in requiring poll taxes. The Court rejected their flimsy argument that “the interest in promoting civic responsibility by weeding out those voters who did not care enough about public affairs to pay a small sum for the privilege of voting provided a rational basis for the tax.” Poll taxes neither helped address the qualification of the voter nor did they contribute to the integrity of an election.

In contrast, voter ID laws, at least facially, both help resolve issues of voter qualification and help “protect the integrity and reliability of the electoral process itself,” thus satisfying the Harper standard. (This is what the Court concluded, 6-3, in 2008 about Indiana’s voter ID law). Stevens argued, “There is no question about the legitimacy or importance of the State’s interest in counting only the votes of eligible voters. Moreover, the interest in orderly administration and accurate record-keeping provides a sufficient justification for carefully identifying all voters participating in the election process. While the most effective method of preventing election fraud may well be debatable, the propriety of doing so is perfectly clear.”

Despite the fact that voter ID laws are probably constitutional, they are, indeed, a very ineffective way to safeguard elections. On the one hand, legal scholar Justin Levitt has found a mere 31 cases in the last fourteen years (of the over 1 billion ballots cast in American elections) that involved legitimate impersonation wherein one voter pretended to be another. This impressive statistic suggests that voter fraud is so rare that we should think of it like getting struck by lightening – theoretically possible but so unlikely that it will never matter in our lives. As Levitt says, “people showing up at the polls pretending to be somebody else in order to each cast one incremental fake ballot… is a slow, clunky way to steal an election. Which is why it rarely happens.”

“Non-citizen voter registration is a violation of election law in almost all US jurisdictions.” Yet according to a 2014 study by political scientists Jesse Richman, Gulshan Chattha, and David C. Earnest in Election Studies, polls consistently indicate that about 15% of the 19.4 million non-citizens in the United States (some 2.9 million) are registered to vote. Averaging a series of estimates, they conclude that based on the best current evidence, 1.2 million non-citizen votes were cast in the 2008 election, of particular importance given that “non-citizens and left-leaning parties tend to align together.”

Extrapolating their results onto election outcomes, they state, “We find that there is reason to believe non-citizen voting changed one state’s Electoral College votes in 2008, delivering North Carolina to Obama, and that non-citizen votes have also led to Democratic victories in congressional races including a critical 2008 Senate race that delivered for Democrats a 60-vote filibuster-proof majority in the Senate.” The Senate race they are referring to is Al Franken’s in Minnesota, which was decided by 312 votes. They concluded that a while a mere 0.65% of Minnesota’s non-citizens would have needed to vote to give the race to Franken, approximately ten times that number ultimately cast ballots.

Thus, American electoral security, unlike what Levitt assumes, is hardly a fait accompli. Non-citizens are illegally voting in American elections and arguably changing their outcomes.

Fittingly, according to the non-citizens themselves, their states’ voter ID laws did not prevent them from voting. According to the self-reporting in the non-citizen sample in Richman et al., voter ID laws prevented only 25% of the aliens from voting. The other 75% either had state-issued drivers licenses through state programs or simply voted by provisional ballot. Voter ID functioned less like a filter and more like a sieve.

In the voter ID debate, both sides have it wrong on certain issues. The Supreme Court has continuously, and with sound reason, rejected the argument that voter ID laws are poll taxes. And voter fraud does occur in American elections, contrary to the dismissive “31 in a billion” statistic. Yet voter ID has also, thus far, proven to be quite an unreliable method of safeguarding. While we do need to secure our elections, voter ID represents one of the least likely methods of doing so.