In Defense of the Firing Squad: An Anti-Death-Penalty Look at Proposed Legislation in Utah and Ohio 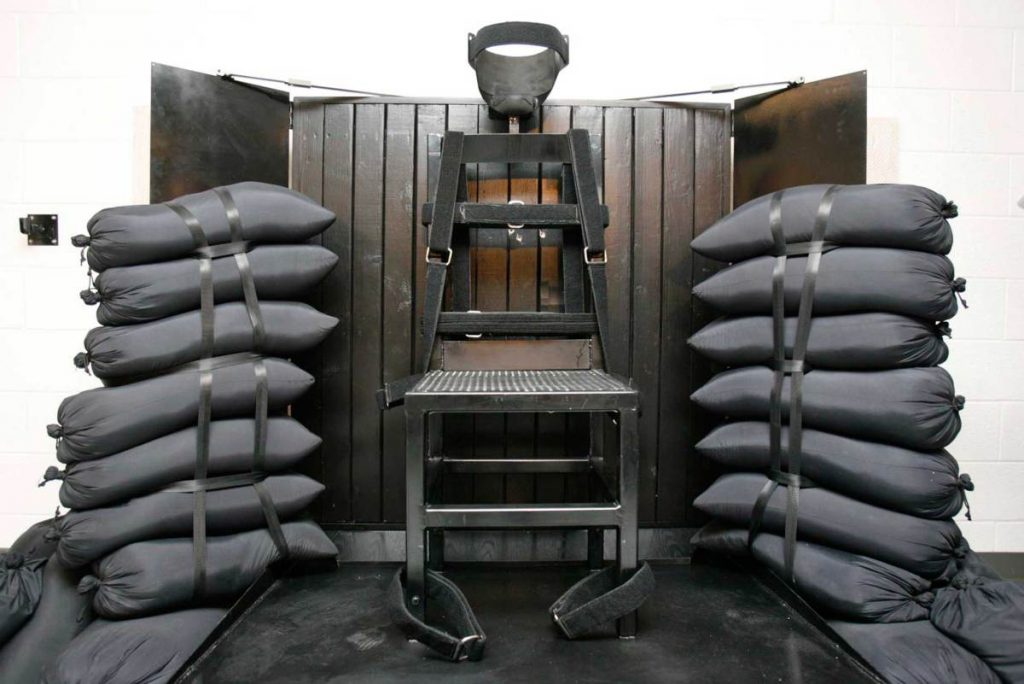 Last month, a panel of Utah lawmakers voted nine to two to approve a measure that would allow the use of a firing squad to execute death row inmates. Under the proposed legislation, if the state could not procure the drugs necessary for lethal injection, a firing squad would be assembled to carry out the execution. Execution by firing squad, which has not been practiced in Utah for ten years, sounds ancient to most of the country, yet the vote sends the message that the panel does not see a marked difference in brutality between lethal injection and execution by firing squad. Republican Paul Ray expressed this indifference to reporters, saying, “We have to have an option [in the event that we cannot find the necessary drugs.] If we go hanging, if we go to the guillotine, or we go to the firing squad, electric chair, you’re still going to have the same circus atmosphere behind it. So is it really going to matter?” Ray’s sentiment elicits a certain devil-may-care attitude towards capital punishment that the panel’s vote seems to back up. Equating lethal injection to these archaic methods of execution indicates that, in spite of ostensible advances in the technology and dignity of capital punishment in America, it has failed to advance significantly beyond the practices of the eighteenth and nineteenth centuries.

To some it might seem laughable to contend that lethal injection is not a significantly more humane capital punishment than the firing squad; it is, most assume, painless if properly administered. The problem, however, comes in practice. There are several issues with the procedure from a logistical perspective. First, there is major debate as to the effectiveness of the common three-drug system in producing a painless death. Dr. Teresa Zimmers, co-author of a 2007 study on the effectiveness of lethal injection as a human method of execution, notes that the study “found no evidence to support” the claim that the current lethal injection protocols consistently produce a painless death.

Furthermore, even if the system in place is adequate, human error has caused disastrous problems during executions in the past. Incidents like misplaced tubes or incorrect dosages can leave inmates in extreme pain for extended periods of time. According to research completed by The Daily Beast, lethal injection is actually the most commonly botched method of execution in America since the nineteenth century. These mistakes end with inmates suffering for as long as forty-five minutes, often convulsing and crying out for help.

These problems are compounded by the unwillingness of many pharmaceutical companies to produce the drugs traditionally used in the executions. When Oklahoma had to scramble to find suitable drugs in the execution of Clayton Lockett, they used a new drug, midazolam, to render Lockett unconscious. After realizing that Lockett’s vein had burst, the doctor halted the execution, and onlookers had their view of the chamber blocked. Lockett survived for forty-three minutes following the beginning of the execution before dying of a heart attack.

Incidents like Lockett’s have led to greater scrutiny for the drugs used in lethal injection. With pharmaceutical companies refusing to produce the drugs, states have turned to compounding pharmacies for solutions. These pharmacies are subject to very light regulation, causing concerns over their drugs. Meanwhile, the Food and Drug Administration is doing all it can do to avoid involvement in the political hot potato that is the regulation of drugs used for lethal injection.

With the negative press that accompanies a botched execution, as well as the difficulty in finding effective drugs to carry one out, Utah’s firing squad proposal makes sense. Given the choice between writhing on a gurney for the better part of an hour and bleeding out in a matter of seconds, most would choose the latter. It is quick, transparent, and natural. Executions such as Lockett’s are almost literally experiments, demonstrating the ravaging effects of contrived drugs on the human body. Utah’s proposed legislation, while perhaps primitive, is at least a move towards a simpler past, rather than a murky future.

On the other end of the spectrum from Utah is Ohio, which has proposed legislation to keep the source of drugs used during lethal injection secret, along with the identities of any medical professionals working during the execution. The idea behind the bill is that the scrutiny associated with capital punishment causes the most qualified professionals to avoid producing and administering drugs. Michael Brickner of the ACLU, however, cautions that, “when something isn’t working, the answer is never secrecy.” Essentially, the legislation asks the people to place even more trust in a system that has failed time and time again.

Looking at the evolution of capital punishment over the past few hundred years, from hanging to lethal injection, it is difficult to trace the advances in its humanity. It seems, in fact, that the changes have consistently favored the onlooker rather than the inmate. As long as he stays still, it is a lot cleaner of a scene when an inmate gets pumped full of chemicals than when he is beheaded or torn apart by bullets. Society looks at bloodless methods as “clean” and “humane” and people feel good about them, in spite of their obvious shortcomings. It is possible that a firing squad would produce more efficient, humane results in spite of the blood, but maybe it would do more than that. Maybe a less sterilized method of execution would remind the public of the brutal, irreversible nature of capital punishment.

Currently, Ohio’s proposed bill to protect those who prepare and administer the drugs for lethal injection looks likely to pass by January. When pressed about the issues with the system, Republican State Representative Jim Buchy is quick to dismiss concerns over the humanity of the system, asserting that death row inmates have “perpetrated more cruel and unusual punishment” to their victim than the state could possibly visit upon them in a twenty-three minute execution. This attitude, combined with the bill’s likely passage, reveals the real reason that capital punishment fails to advance: People in America simply do not care how the state does its killing, so long as the wicked are dealt with. Until there is significant political will behind improving the lives and deaths of condemned inmates, a firing squad may just be the best they can do.