The Race has Begun: How We Can Tell Who is Going to Run for President in 2016 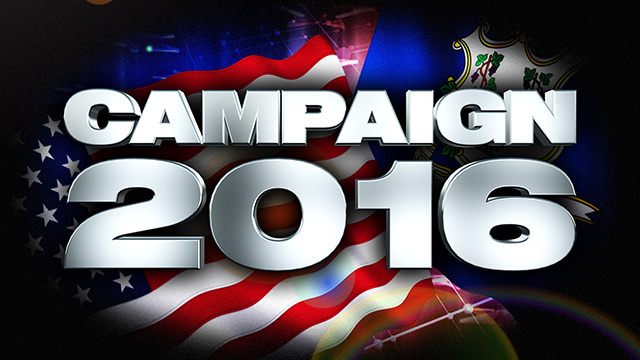 “After putting considerable thought into making another run for president, I’ve decided it is best to give other leaders in the party the opportunity to become our next nominee,” Mitt Romney said in a phone call on January 30. Many news outlets reported this announcement as breaking news, but is it not too early for election news to even be reported? The answer is no. Despite the presidential election still being 21 months away, potential candidates are gearing up to not only be their party’s nominee, but ultimately President of the United States. Until candidates officially announce that they are running though, there are many ways to tell who is going to throw their hat in the ring for the race.

One of the key ways to tell if a candidate is going to run is if they have recently released a book or have a book in the works. Former Secretary of State Hillary Clinton (D) wrote “Hard Choices” which was released in 2014. Former Governor Jeb Bush (R-FL) authored a book about immigration reform in 2013 and also has plans to release an eBook of emails from his time as governor. Former Governor Mike Huckabee (R-AR) and Senator Marco Rubio (R-FL) just released books and Senator Rand Paul (R-KY) and Senator Ted Cruz (R-TX) are scheduled to release books later this year. This is a key part of a campaign as it gives voters a chance to know their candidates through more than just ads on TV and posters they see.

Another key way to tell if a candidate is going to run is through the creation of a political action committee or a PAC as they are commonly called. Former Governor Jeb Bush recently announced on instagram that he has created a “Right to Rise” PAC aimed at facilitating social mobility for Americans. Dr. Ben Carson has created the “USA First” PAC and Governor Chris Christie (R-NJ) created a “Leadership Matters” PAC. Sen. Ted Cruz created a “Jobs Growth and Freedom Fund” PAC and Governor Bobby Jindal (R-LA) created a “Stand Up To Washington” PAC. This is an excellent way for candidates to start fundraising for their campaigns well before any actual campaigning begins.

As names get thrown around other candidates begin hiring staff. So far it has been reported that Sen. Rand Paul hired Chip Englander as a campaign manager. Chris LaCivita was also hired by Senator Paul to be a senior advisor. Davis Kochel was hired by Former Gov. Jeb Bush to be his senior strategist. Kochel ran both of Mitt Romney’s campaigns and will most likely transition into role of campaign manager for Bush. Though no official announcements have been made from the Clinton Camp, it has been reported that John Podesta, who was President Bill Clinton’s Chief of Staff, will join her campaign as campaign chairman.

Another thing to track is visits to Iowa and New Hampshire. While these do not hold a lot of electoral votes, they are the first states to have their caucus and primary (respectively). These become integral in campaign strategies because winning these states often provides for a lot of positive media coverage and spikes in fundraising.

What we see happening now is called an invisible primary. The candidates offer clues and begin garnering publicity to increase their popularity and hopefully their party’s nod at the nomination. This invisible battle will continue until candidates officially announce that they are running and then we must prepare ourselves for the public brawl for the White House.