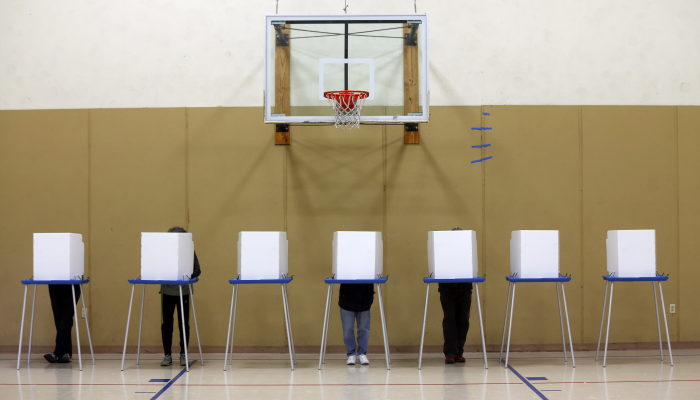 Yesterday the Tennessee Republican State Executive Committee voted down a resolution that supported closed primary elections, 37-29. The debate over whether or not to change the Republican primary to a closed one, where only voters who are registered with the part can participate, reappears in Tennessee every few years immediately following or preceding an election. In 2012, State Representatives Tony Shipley and Mark Winslow approached the House Speaker about the idea after seven Republican incumbents were defeated in August 2, 2012’s primary elections. The party struck down the resolution with the state Party Chairman Chris Devaney noting that closure could “slow or stop the trend of Democrats and Independents moving into the Republican fold.”

On Saturday, much like in 2012, the main concern of Representatives like Winslow is that, by having an open primary, Republicans are leaving themselves susceptible to primary raids. Raiders are voters who identify so strongly with their party that they choose to crossover and vote for the weakest candidate in the opposing party’s primary. Under its classic definition, studies suggest raiding is incredibly rare and almost never successful. It requires tremendous organization and it is not always easy to predict which candidates are going to be most or least successful in the general election.

Still, there have been recent cases that validate some of the fears among Tennessee Republicans. It was only last summer when Republican Senator Thad Cochran’s efforts to mobilize Democrats helped him defeat Tea Party supported candidate Chris McDaniel in Mississippi. While the Democratic raiding was sponsored by a Republican, the thought that voter crossover could effect an election has shaken many in the state legislature.

Outside of the legislature, however, Republicans are more opposed to the idea of a closed primary. In a statement given to the Tennessean, Senator Lamar Alexander expressed concern that a closed primary would actually hurt his party rather than help it.
“Over the years Republicans have welcomed into our primary Democrats and independents who wanted to vote for Goldwater, Reagan, Robertson, Perot, the Tea Party and our statewide candidates. Most of these Tennesseans are now regular Republican voters and our party is larger, more successful and more conservative. Why would we want to shut the door on these independent voters now?”
While it is concerning to hear a US Senator admit that he is happy his state is becoming increasingly polarized at the polls, Alexander’s point is valid. Crossover voters grow the parties but they also help ensure candidates do not fall out of touch with the other portion of voters who do align with them ideologically. In a state like Tennessee that has been, and will be, red, it would behoove a Democrat or an independent to vote within the Republican party to ensure that whoever is representing them is not too far removed that their voices are ignored. If Cochran did not mobilize Democrats in Mississippi, this would have most likely been the case.

This year the veto for the closed primary resolution was fairly narrow compared to 2012, and proponents expect it to shrink further the next time the resolution is re-introduced. For the sake of fair representation, one hopes that the resolution will never pass.

Presently only 12 states have closed primaries and 21 have mixed systems. Perhaps there is no one size fits all, but for Tennessee open primaries fit.