Don’t Panic: Why the Iran Deal Will Keep the World Safer 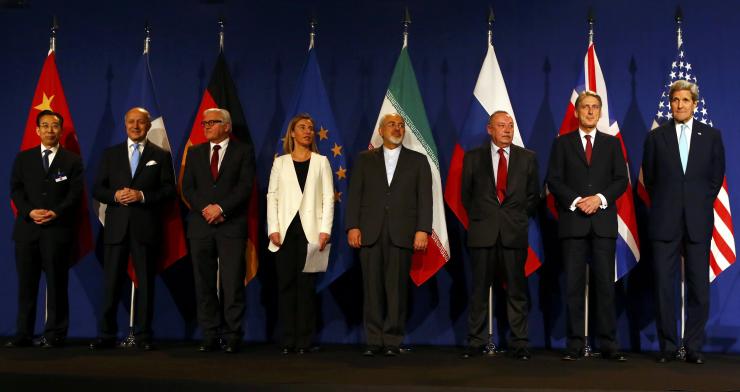 The recess battle over the Iran deal is drawing to a close. With Sen. Mikulski’s commitment to the deal, the Administration has marshaled enough support in the Senate to avoid defeat. With some further lobbying, it is possible that Senate Democrats could filibuster the resolution of disapproval and avoid a veto altogether. Pelosi’s strategy of letting support “drip out” over the month-long recess worked beautifully; with each week, it appeared the momentum was moving in the deal’s favor. The agreement’s opponents have lost. The deal will be implemented. Don’t despair though, opponents of the pact, your understandable concerns about the deal will not doom us to a future of a nuclear Iran. And here’s why:

One of the loudest objections was over the lack of “anytime, anywhere” inspections of nuclear sites in Iran. The longest Iran could possibly put off an inspection is 24 days. That would only heighten suspicion, and thus, vigilance, however. At a Capitol briefing on the deal this July, Joe Cirincione, the President of the Ploughshares Fund, had the best retort to this objection. He ridiculed the assertion that Iran could clear any evidence of wrongdoing in 24 days. “If Iran wanted to get rid of evidence of radiation where it shouldn’t be, they cannot just flush it down the toilet. The toilet would be radioactive. If you rip the toilet out of the ground and dispose of it, there would be a radioactive hole in the ground.” 24 days in the scope of radioactivity is negligible. Beyond the physical impossibility of covering up illicit nuclear activity, the inspection regime monitors all aspects of the supply chain from centrifuges to mines to disposal. It even covers “dual use” items that can be disguised as purchases for legal purposes, as well. This results in a nearly flawless way for the international community to verify, not trust, that Iran is obeying the deal’s tenets.

Trust appears to have been a sticking point for many of the deal’s opponents. The secret side deals between the IAEA and Iran garnered a lot of negative attention, especially after a misleading AP report intimated that Iran would self-inspect. Two things stand out about this issue. (For a thorough explanation of the AP article’s shortfalls, click here.) First, the side deal covers only a one-time Parchin inspection. Parchin is the military base that Iran allegedly used for nuclear weapon research. The IAEA is negotiating the terms of access for an investigation of “possible military dimensions” of a nuclear program at Parchin. According to all intelligence the world has, though, any nuclear work at Parchin ended 13 years ago. No one expects to find anything that is groundbreaking, nor do they need future access. Parchin will be monitored for any suspicious activity remotely. Secondly, the IAEA verifies any samples taken for veracity. If Iran tries to give false samples, the IAEA will know and Iran will face snapback sanctions. The side deal is a minimal issue, exploited for political reasons by the deal’s opponents.

Many people have fretted about the deal’s short length. Inspections continue for 15 years, and people are concerned that a fanatical Iran will use their solidified nuclear program to produce a weapon after the threat of sanctions is lifted. First, this flies in the face of everything we know about the international community. After this deal expires, it seems unlikely that countries would allow Iran to get a weapon unimpeded. Secondly, we are projecting our fears into a world that could look remarkably different in 15 years. Consider this: in 2000, the geopolitical world had yet to be rocked by 9-11 or a decade of war in Afghanistan. People did not know how to pronounce WiFi, and Motorola Razrs had yet to hit it big, much less iPhones. The moral of this history lesson is simple. 15 years can change the world a lot. The Iran deal makes an educated bet on this phenomenon. Welcoming Iran into the global economy by lifting sanctions will change a country that is already moving towards moderation. The forces of globalization, a steadily younger population, and the power of technology have the power to shape Iran into a more moderate, less theocratic government. The hope is that, in 15 years, Iran is not hellbent on building a bomb. If they are, this deal will have prevented them from doing so for 15 years.

Diplomacy is an inherently difficult task, especially when a deal brings so many powerful countries to the negotiating table. The United States cannot expect to get everything we want in the deal; there are too many competing interests. However, as former Secretary of State Colin Powell said this morning, “This is a pretty good deal” with some “remarkable” aspects. It is far easier to talk big and threaten Iran with military action; it is superior governing to hash out a deal that accomplishes the goal of a nuclear-free Iran.