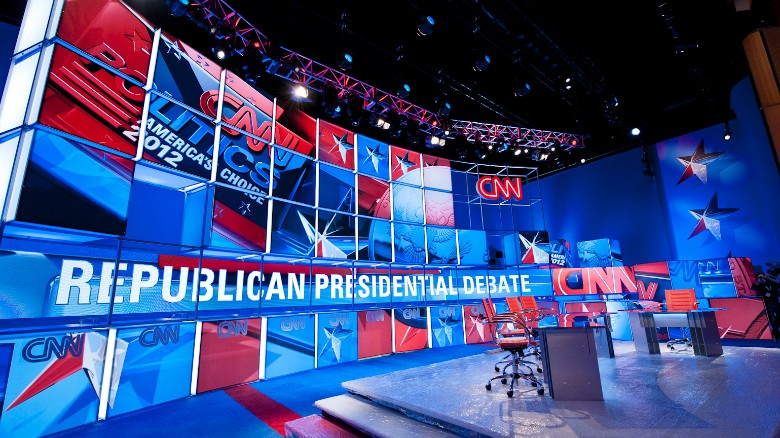 One day after the second Republican Primary Debate aired on CNN, satirist Andy Borowitz of The New Yorker joked, “Fact checking reveals G.O.P. debate was four per cent fact.” He added that Jake Tapper, the debate moderator, “was proud of the role he played in keeping the evening’s fact content to a minimum.” While Borowitz’s report is intended for entertainment purposes, like all satire it has an edge of truth to it. Much of the three-hour debate was spent listening to the candidates spew fallacies in order to out-conservative each other. This does not mean that everything said was false, however it does raise questions of liability. When the majority of the public watching an event like this does not take the time to fact-check statements themselves, who has the responsibility to ensure that viewers do not receive false information?

PolitiFact, a fact-checking project operated out of the Tampa Bay Times hosted a live blog of the debate. They rated statements by the candidates and moderators on a scale from “pants on fire,” meaning 100% made up, to “mostly false,” to “true.” For example, when debating the use of vaccinations in young children, Ben Carson stated that there is no evidence of a link between vaccinations and the incidence of autism, which is true, but then went on to say that pediatricians have decreased the number of vaccines they administer because there have been “too many in too short a period of time.” PolitiFact rated this statement as “pants on fire,” and later released an essay with more detail about why. After the debate, PolitiFact asked Carson’s campaign for the evidence he had to back up his beliefs and received no response. They then cited two papers that stated that the vaccine schedule received by over 90% of children is supported by the American Academy of Pediatrics and the Centers for Disease Control. Additionally, PolitiFact notes that there is no evidence to support the fact that pediatricians have been cutting down on the number of vaccines they administer.

PolitiFact used a similar process to determine that Ted Cruz was false when he said the Iran Deal “trusts the Iranians to inspect themselves,” and that Carly Fiorina mixed and matched available evidence to produce a “mostly false” statement about Planned Parenthood harvesting brains from aborted fetuses. However, Fiorina did receive a rating of “true” when she said that, “The marijuana that kids are smoking today is not the same as the marijuana that Jeb Bush smoked 40 years ago.”

Unfortunately, organizations such as PolitiFact do not have the resources to fact check all statements made by all candidates all the time. And news organizations, limited by time, often spend more time reporting on what candidates say rather than evaluating the content of their statements. Additionally, while 23 million people tuned in to watch the debate on CNN, a very limited number followed PolitiFact’s live updates. On Twitter, PolitiFact has 215.6 thousand followers, while CNN has 19.6 million. Compared to the 4.2 million followers boasted by Donald Trump and Hilary Clinton, these numbers are dismal. It is also incredibly optimistic to hope that viewers of the debate spent their own time fact-checking the candidates.

In a field made up of 16 candidates, one can expect the major players to continue making false statements in order to out-shine their opponents. Ideally, this would not be the case. Candidates have a responsibility to ensure that their message is true and that they do not provide voters with false information. However, because of the high stakes involved in an election, it is not realistic to expect a lie-free campaign. That leaves it up to third parties to keep all candidates honest. Debate moderators should be well versed on all issues, and demand candidates provide evidence to back up their arguments. Similarly, news outlets need to spend more time going in-depth on what candidates say, as opposed to just covering the surface of their statements.

The 2016 election is taking place in a modern era full of different communication platforms. Hillary Clinton has accounts on Twitter, Facebook, Instagram, Snapchat, LinkedIn, and Youtube, and she is not alone. With such easy access to information, there is no reason for the electorate to be misinformed or undereducated. It is irresponsible for candidates to continue lying in order to advance their platforms, and even more irresponsible for the media not to report on it.