iCarly: Carly Fiorina is Taking Over the Internet and the 2016 Race 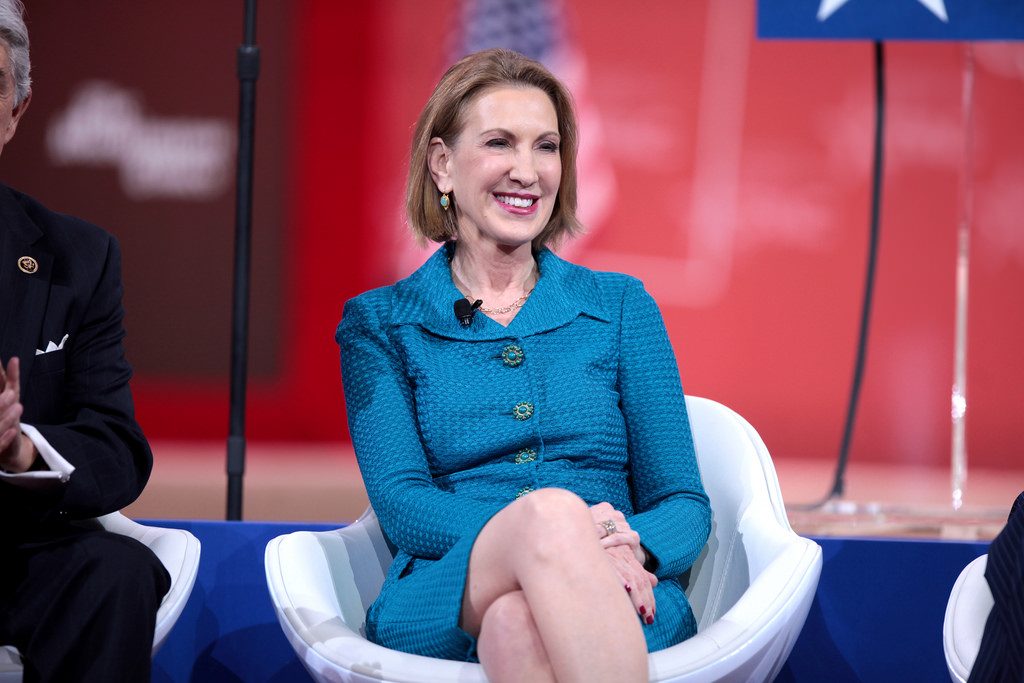 Top political analysts unanimously agree – Carly Fiorina was the major winner in this week’s GOP debate. In a dramatic jump from the “kiddie table” debate on August 7th to one of the most popular candidates in the race, the stakes were high for her performance on Wednesday night. Critics wondered if she could she repeat a standout performance in another debate?

The answer was a resounding yes. She talked for 13 minutes of the debate, which was 3rd most, behind Trump (19.5 minutes) and Bush (15.3 minutes). Her responses were intelligent, well-rehearsed, and delivered with confidence.

Her debate performance didn’t just impress the political analysts, though. Across America, the name “Carly Fiorina” was blowing up the internet.

Fiorina has been burned online before. Several months ago, the website name “carlyfiorina.org” was registered to criticize her career at Hewlett-Packard. The website has 30,000 sad face emoticons, representing the 30,000 people she laid off during her time as CEO. However, the internet was a much kinder place on Wednesday night.

In addition, two of Twitter’s three biggest reactions of the debate involved Fiorina. The top social moment was when Fiorina was asked to comment on Donald Trump’s remarks about her appearance. Her pointed response, delivered with perfect coolness, prompted praise from political pundits and average viewers alike.

Twitter’s third biggest moment also involved Fiorina. Chris Christie scolded Trump and Fiorina for discussing their experience in the private sector, interjecting, “We don’t want to hear about your careers.” While this was more negative for Fiorina, it still helped build awareness about her business experience.

Some negativity was seen on Google, as well. Before the debate, Trump was the candidate most searched for in every state. After the debate, however, Fiorina replaced Trump as that candidate in seven states. While on the surface level, this seems like a good sign, some of the top search terms were “Carly Fiorina fired” and “Carly Fiorina fired why” when her business record was attacked.

This has serious implications for Fiorina’s future in the race. She went from being an underdog to the Republican center stage almost overnight. While it took two debates to get herself in that position, Fiorina is now a serious contender for the nomination.

The primary users of social media are young people. Having the support of young Americans is an important part of winning any campaign. Even if young people do not plan on voting for her, just the activity online helps generate buzz for her and her campaign.

Fiorina has a serious chance of winning the GOP nomination for 2016. She has real business experience, and as a woman, she can help with the Republican Party’s image. Two excellent debate performances (and a biting remark aimed at Trump) have shoved Fiorina into the Republican spotlight, and if the internet’s reaction to this past debate is any indication, she is here to stay.