Why Jeremy Corbyn has Ed Miliband To Thank for his Victory 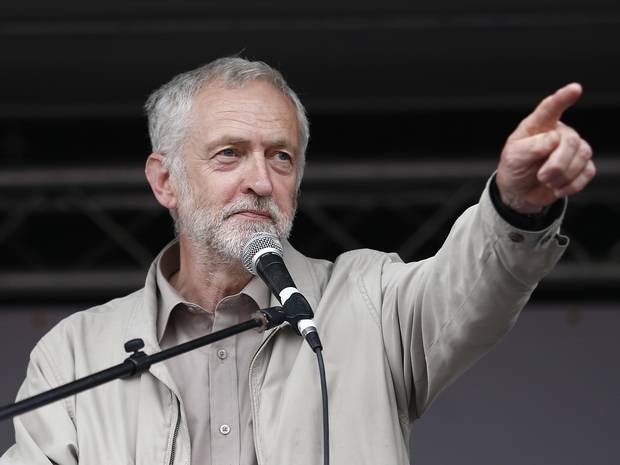 In 1994, Great Britain’s Labour Party was going through some tough times. The Conservative Party (also known as the Tories) had been in power since 1979, and Labour Party leader John Smith had just tragically passed of a heart attack. In 1992, there was serious doubt about whether Labour could ever return to government. Labour needed a new leader with a plan to get back into power and that man was Tony Blair, who won the leadership election with 57% of the vote. Blair brought with him a complete overhaul of the Labour Party.

In 1996, Labour published a new manifesto, called “New Labour, New Life for Britain,” and in years prior had already been rebranding as “New Labour” under Blair. New Labour meant the party was increasingly moving towards the center of the political spectrum, taking a “Third Way” position in which they were a mix of right-wing economic policies and left-wing social policies. Next election, in 1997, Labour won its largest majority ever.

When Ed Miliband, Member of Parliament for Doncaster North, became leader in 2010, he said the era of New Labour “has passed”. As he claimed a “new generation had taken over”, Miliband began taking the party away from the middle-of-the-center stance that Blair had instilled. In truth, Ed wasn’t even supposed to win- at the time, many had tipped his brother, David Miliband, to be the new leader. Ed, however, won by just over 1%, despite David being the first choice of ~38% of the voters in the polls.

During his time as leader, Ed rejected the recent legacy of Labour, from their entry into the Iraq War to the part-privatization of the National Health Service (NHS). He believed that Labour could win an election with their true socialist policies, as opposed to having to move to the center of the political spectrum. Unfortunately for him, Ed was wrong. In the 2015 general election, Labour had their lowest seat tally since 1987. Immediately following the result, Miliband resigned as leader, which prompted an election for his post. This is where Jeremy Corbyn, Member of Parliament for Islington North, came into the picture.

At the start, Corbyn was the definition of a dark horse candidate. On the deadline day for nominations for leader, Corbyn had odds of 200/1 of winning (yes, in Britain you can legally bet on elections). He was seen as a candidate that was far too left to be Labour leader, let alone be the next Prime Minister. Many initially favored Liz Kendall, the “Blairite” candidate, whose views would take Labour back to their successful Third Way position. Popular British tabloid The Sun called her “the only prayer [the Labour Party] have”, and people from across the political spectrum said that Kendall was the candidate that Conservatives feared the most.

Liz Kendall ended up with just 4.5% of the vote, while Corbyn got 59.5%. Now, this was for a number of reasons. 70% of the people who voted in this leadership election had joined Labour during Miliband’s reign. Additionally, new contest rules for the election enacted under Miliband meant that anyone could take part in the ballots for only 3 pounds. The main reason, though, is that the British left wanted something new. The two other candidates (other than Kendall) were Yvette Cooper and Andy Burnham, close allies of Ed Miliband. This allowed Corbyn to connect them to Labour’s disappointing showing in the general election and paint himself as the only candidate who would be a fresh face for the party.

There is a question about whether Corbyn is electable, though, which is what caused many high-profile Labour figures to come out against him, including Tony Blair. However, despite many believing that Labour lost the 2015 election because they were too far left, a BBC study shows that if the party had been more right wing, they actually would have lost votes. Part of the reason Labour lost had much to do with Miliband’s faults, which included him being seen as a “goof”, which heightened when a humorous picture emerged of him eating a bacon sandwich.

Fortunately for Corbyn, he has 5 years until the next general election to change the face of Labour and spread his message across the United Kingdom. If he can play his cards right and excite young voters, Corbyn will be able to provide a great challenge for the Conservatives in 2020.