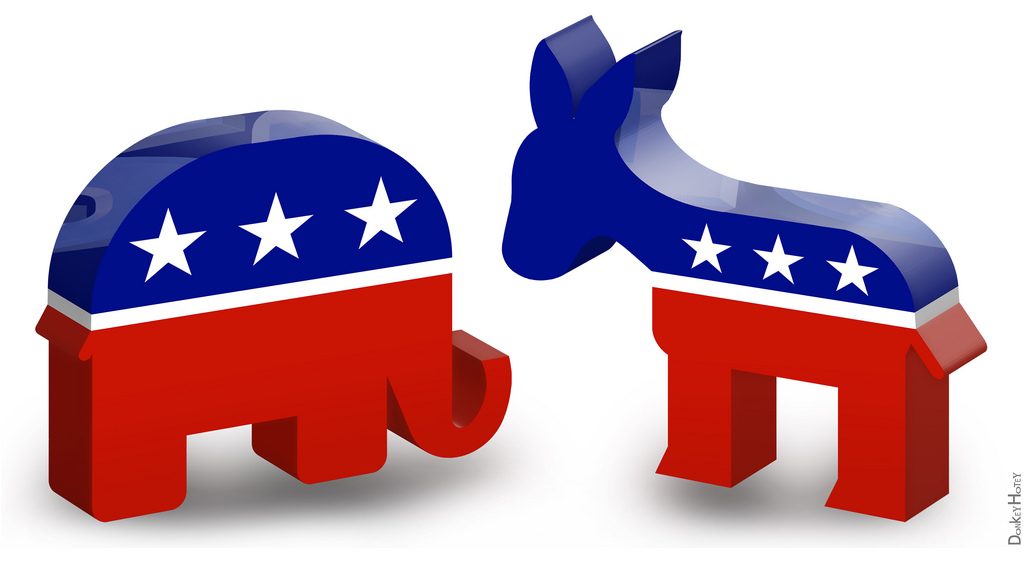 The following is a joint article between VPR editors:

As our nation’s two parties become increasingly polarized, more and more young voters struggle to identify entirely as Democrats or Republicans. According to the Reason-Rupe 2014 Millennial Survey of Young Americans, 53% of millennials would support a socially liberal and fiscally conservative candidate. However, such candidates are rare in the two major political parties today. Therefore, voters who fall into the 53% percent must often decide whether they value a candidate’s stance on social topics over his or her stance on other dilemmas. Frequently, voters choose to prioritize issues that they believe the president influences the most, such as foreign policy and America’s economy. However, a president’s impact on social matters is much stronger than one may believe. We challenge you to avoid rolling your eyes at Fiorina’s Planned Parenthood diatribes and Trumps outlandish opinions and really take into consideration: do I support this person’s social stance?

In June of this past summer, in Whole Woman’s Health v. Lakey, the United States Court of Appeals for the Fifth Circuit reached a decision that supported the Texas legislature’s passing of House Bill Two (HB2). The bill required that abortion clinics “must, on the date the abortion is performed or induced, have active admitting privileges at a hospital that: is located not further than 30 miles from the location at which the abortion is performed or induced” and, furthermore, that “an abortion facility must be equivalent to the minimum standards adopted under Section 243.10 for ambulatory surgical centers”.

Overall, these provisions resulted in the closure of all but 10 abortion clinics in Texas, which many believe places an undue burden on abortion-seeking women throughout the state. With the United States Court of Appeals for the Fifth Circuit approval of HB2, 900,000 women now live at least 150 miles away from their nearest abortion provider. A financial disadvantage is placed upon these women, as they must travel longer distances to obtain an abortion. This is particularly devastating as the majority of these 900,000 women reside in the Rio Grande Valley, where a third of residents live below the poverty line. Furthermore, with 68,000 abortions per annum in Texas, the quality of abortions could potentially decline as approximately 10 clinics are forced to handle all of Texas’ abortion cases. It is shocking that the legal debate surrounding HB2 has not received more national attention, particularly in light of the current Planned Parenthood controversy. However, it is likely that this legislation will soon be bought to our nation’s attention if the plaintiffs bring the case to the Supreme Court.

Historically, the Supreme Court of the United States has had a huge influence on social change in America with cases such as Roe v. Wade (1973) and Obergefell v. Hodges (2015). Supreme Court justices have extraordinary power when it comes to social issues, such as those raised in Whole Woman’s Health v. Lakey. What Americans must consider in 2016 is that our nation’s president is responsible for nominating these justices. Especially with multiple justices approaching the average retirement age of 78.7 years old, there is a substantial likelihood that a current candidate will nominate a justice. This nomination will carry considerable weight as current court cases are usually determined by the margin of one vote. This singular vote is what will decide monumental future cases such as Whole Woman’s Health v. Lakey. So now, more than ever, we must consider the entire platform of each candidate, including his or her stance on social issues. Next time you tune into the Republican Debate, try to ignore Trump’s horrendous haircut and really ask yourself, do I support this candidate’s stance on social issues?