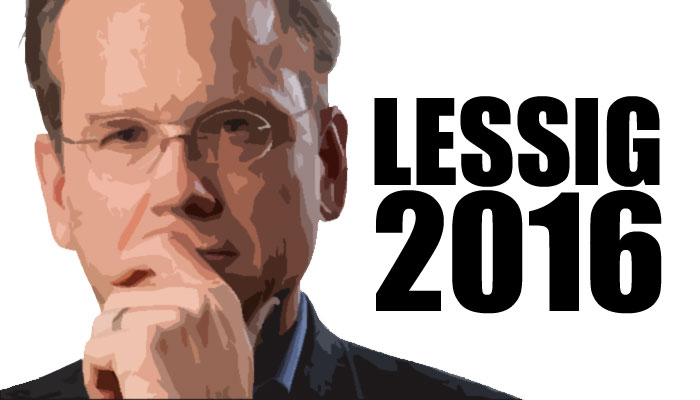 Lawrence Lessig is the current Roy L. Furman Professor of Law at Harvard Law School. He has received two degrees from the University of Pennsylvania, a law degree from Yale, and his masters from Oxford. Prior to joining Harvard Staff, he was teaching at Stanford Law School and University of Chicago before that. Superficially, Professor Lessig is the stereotypical beltway Presidential candidate that we routinely hear Americans do not want.

However, Lessig is running as a reform candidate with only one goal : election reform.  Lessig vows to resign from the office of the Presidency once his “Citizen Equality Act of 2017” is passed. Earlier in September, Professor Lessig told US News, “My Vice President, I want to be President as soon as possible.”

The “Citizen Equality Act” consists of three seemingly simple tenants. The first part is to ensure the equal right to vote for all citizens by making voting a national holiday, implementing automatic voter registration, and enacting two pieces of voting rights legislation. Secondly, the act aims to end gerrymandering. And lastly, perhaps the most important piece of this legislation, Lessig plans to end all non-public funding of campaigns.

In 2014, Lessig co-founded the MAYDAY Super-PAC which has labeled itself, the PAC to end all PACs. The primary motivation of MAYDAY during the elections of 2014 was to funnel money (over 10 million dollars) to candidates who were dedicated to campaign finance reform. Though, the 2014 election cycle was quite disappointing for MAYDAY backed candidates, the PAC is planning to select new candidates, BOTH Republicans and Democrats to support in 2016. The selected candidates with run with intent to pass legislation that limits funding of campaigns to only citizen donated money.

Over eighty percent of Americans believe that “the system is rigged,” and almost three-quarters of likely voters think that the country is headed down “the wrong track.” Lessig believes that other candidates in the 2016 race, who say that current campaign finance and election laws are inherently corrupt, such as Bernie Sanders, will not be able to effectively see to the overturning of these unsound laws. He writes that these candidates will be spread too thin across different issues to accomplish real election reform.

The phrasing of my previous sentence, however, runs contrary to the core purpose of the Lessig campaign. In the view of Professor Lessig, every single political issue is fatally tied to the issue of election reform.  The core of the campaign finance reform tenant to the “Citizens Equality Act” is the belief that those who donate the most to a candidate’s Super PAC have the most impact on that candidate’s legislative agenda. Your Congressional representative or Senator could not honestly vote on environmental issues if a large portion of their campaign’s Super PAC money comes from an oil or solar company.

In the past thirty years, the average amount of money required to win a congressional campaign has quadrupled (these numbers have already been adjusted for inflation). It is understandable that certain legislators would accept money from anyone and everyone since fewer funds than your opponent is a recipe for defeat over eighty percent of the time in both houses of Congress.  I believe that it is naïve and far too ridiculous to believe in a utopian world where the desires of campaign donors do not take precedence over the desires of voters who do not have the ability to give money. This confirms the age-old belief of money equaling power.

Lessig is running as Democrat, so it is understandable that a conservative voter who may agree with Lessig on the issue of election reform would not want him to be elected then resign, leaving a “typical” Democrat to take over as President. However, at the very least, this voter will begin to see the importance of election reform.

Some political science professors believe that Lessig’s campaign is simple-minded and unprepared to deal with the reality of the political and governmental machine. Yet, with more and more people believing that the government is corrupted, Lawrence Lessig is entitled to a due amount of respect for pledging to take power away from the very groups that can get him elected.