What Were they Thinking? A look at three failed government experiments 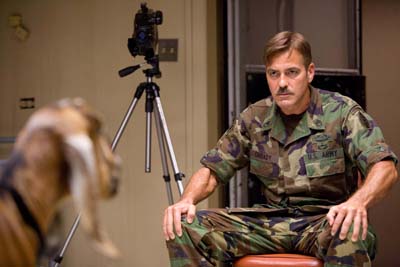 The United States government has contributed to the development of some of the most monumental scientific and technological discoveries in history.  Nuclear energy and the Internet immediately come to mind.  Throughout this nations history, government support and investment have been critical to the development of life changing technological and scientific breakthroughs.  But the government has also gotten it wrong many a time.  So, while VPR explores science and technology in politics in this issue, let us take this opportunity to create a little levity by exploring three of the most ridiculous government attempts to use science, or pseudo science, to gain an advantage on its enemies.  As you read, keep in mind that this is all true and that, contrary to what you might think, government workers are just as crazy as the rest of us.

As you will come to see, no idea is too crazy when it comes to national security.  The United States military is not known to be particularly tolerant or understanding of the gay community.  However, would it really try to develop a weapon that would (gasp!) turn people into homosexuals?  Apparently, yes.  In 1994, the Wright Laboratory, an Air-Force operated lab located in Ohio, was researching non-lethal weapons.  The project was formally titled “Harassing, Annoying and ‘Bad Guy’ Identifying Chemicals,” and was tasked with finding chemicals that, when released on the enemy, would hinder their ability to fight back or escape.  Now, it is unclear which of these categories the hypothetical Gay Bomb fell under.  Would being gay be so “annoying” that morale disintegrated?  Would US soldiers be able to identify bad guys more easily because they seemed gay?  Who knows?  What we do know is that Wright Laboratory sent a proposal to the Pentagon requesting a $7.5 million grant to research various non-lethal gasses.  Among these were chemicals that would attract stinging bugs, gas that causes enemies to smell too bad, because of flatulence or halitosis, to recede back into the civilian population, and, yes, a homosexuality-causing-aphrodisiac.

Fortunately for us, and unfortunately for the Wright Laboratory, the proposal was uncovered by the Sunshine Project, an anti-chemical and biological weapons organization, and subsequently released to the press.  While one may hope that the bureaucrat who read the proposal had a good chuckle then promptly introduced the document to the shredder, that was, in fact, not what happened.  In 2002, the proposal was actually sent to the National Academy of Sciences for evaluation.  In the end, leveler heads prevailed, and the project was never funded, probably because someone finally realized that there’s no scientific evidence that pheromones can cause sexual arousal or homosexuality.  Still, the very fact it was proposed and considered says something about military culture.  In the document, the aphrodisiac was listed under category 3: “chemicals that affect human behavior so that discipline and morale in enemy units is adversely effected.”  This description is actually very similar to the points many made during the political arguments in the 90s over whether homosexual people should be allowed to serve in the military: that gayness is incompatible with the discipline of the military.  Given the catastrophic blow some believed would be dealt to the military should gay people be allowed in, maybe the “Gay Bomb” proposal shouldn’t be so surprising after all.

However, the effort was not all for nothing: in 2007 the Wright Laboratory was awarded an Ig Nobel Peace Prize, a sort of parody on the Nobel Prize.  The scientists of Wright Laboratory did not show up to accept their award.

Many of the most terrifying, and most ridiculous, military technology were developed during the Cold War.  Determined to gain an advantage over the Soviet Union, the military tried a lot of things, including, apparently, developing a Flying Saucer.  There were valid reasons for this: there was a fear that, in a war with the U.S.S.R., intercontinental ballistic missiles would target runways, making conventional aircraft useless.  This made developing a vertical-takeoff aircraft a priority at the Pentagon.  However, taking design ideas from science fiction comics and conspiracy theorists is logically questionable.  Nevertheless, in 1956 enough people in high places thought the idea, officially called Project 1794, was good enough to give a try.

In a sense, this flying saucer came from above, if by above you mean “north” rather than “outer space.”  The project was contracted with Ontario-based Avro Aircraft.  The company was ambitious, believing the final product would be capable of hovering at 100,000ft and reaching speeds of 2,600 miles per hour, according to recently declassified documents.  These ambitions stand in stark contrast with the capabilities of the first prototype.  The vehicle did hover, but only at about 3ft, and it only reached 35 mph, making it of little more use in battle than an oversized Frisbee.  Much to sci-fi fans chagrin, Project 1794, the project was canned due to the exorbitant price it would take to continue development: $3,168,000 for the next 18-24 months of development, which is $26.6 million today.  The full details of the project were only just declassified in 2012, which begs the question: what other insane projects are our government still keeping secret?

This last example of lunacy is far too large and convoluted to cover definitively here.  If you are interested, I encourage you to read the Men Who Stare at Goats by Jon Ronson, or his three-part TV series Crazy Rulers of the World.  Here’s the short version: in the 1970s the U.S. Army was licking its wounds from Vietnam.  Recruitment was way down, and it was clear that a change of approach was needed.  So, partially inspired by the New Age philosophies popular at the time and by rumors of Soviet Experimentation with psychic phenomena, the Army began two projects: Stargate and Jedi.

Project Stargate was a direct response by the Defense Intelligence Agency (DIA) and military contractor SRI International to indications that the Soviet Union was getting positive results from its psychic intelligence program.  Formalized in 1978, the project tested and utilized “remote viewing,” a term the DIA used to describe psychically seeing events or information from far away.  Taking place in Fort Mead, Maryland, the project was sponsored and overseen by Major General Albert Stubblebine, an eccentric man who claimed he could bend spoons with his mind and had a habit of trying to walk through walls.  While adamant that his powers to mangle cutlery were real, he conceded his attempts to walk through walls only left him with a sore nose.  The general was, eventually, prodded into early retirement by the army.  As for his beloved Stargate, the program was used only once all other intelligence options were exhausted.  Intelligence agencies would bring cold cases to the psychic spies, of which, at the program’s peak there were 22, according to former psychic spy Joseph McMoneagle.  From there, psychic spies would use their powers to answer the questions.  According to McMoneagle, the program was wildly successful, and was even credited with finding a kidnapped general.  They were, he says, correct 22% of the time.  Joseph McMoneagle, it seems, has a very liberal interpretation of the word “successful.”

In 1995, the project was passed from the DIA to the CIA, and was promptly terminated.  An official statement by the American Institute for Research reads, “it remains unclear whether the existence of a paranormal phenomenon, remote viewing, has been demonstrated” and “the information provided by remote viewing is vague and ambiguous, making it difficult, if not impossible, for the technique to yield information of sufficient quality and accuracy of information for actionable intelligence.”

Project Jedi, also inspired by New Age ideas, was an army initiative to create “warrior monks.”  The project began with Lieutenant Colonel Jim Channon, the author of the “First Earth Battalion,” a 125-page manual on how to incorporate New Age ideas into the military to create super soldiers.  According to Channon, soldiers should carry small, cute animals into battle, along with loudspeakers playing indigenous music and peaceful words.  Once there, soldiers should radiate positivity and freely hug their enemies.  If that fails to pacify the target, only then can non-lethal violence be used.  The ideas of the manual manifested themselves, allegedly in the famous goat lab experiments at Fort Bragg, North Carolina.  While never confirmed, journalist Jon Ronson interviewed multiple soldiers who claim that the military was training Special Forces to kill goats with their minds.  Others say this is ridiculous, and that the goats are merely for training field medics.  But, already knowing that the military has tried to make a gay bomb, a flying saucer, and psychic spies, I wouldn’t put it past them.