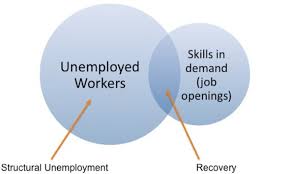 The minimum wage has been a perennial issue in American politics, with left-leaning politicians, labor unions, and workers’ activists calling for increases in the federal minimum wage. In 2013 Democrats attempted to pass a bill that would have raised the minimum wage from $7.25 to $10.10 by 2015, and this year, Senator Bernie Sanders introduced legislation to raise the minimum wage to $15 an hour, a figure some activists refer to as a “living wage.”

The argument for minimum wage involves sentiments such as those echoed by columnist Robert Reich: “No one should be working full time and still remain in poverty,” he wrote. In the minds of minimum wage advocates, if only the government passed a law with a larger number on it, then every worker in the fast-food industry would get a raise. Some activists point to countries like Denmark and Australia as examples of where such policies supposedly have worked.

But the data tell a different story. According to Michael Schaefer, an analyst with Euromonitor International, one way that fast-food companies have responded to laws increasing the cost of labor has simply been to take some of that labor out of the picture. Touchscreen kiosks have replaced cashiers in many franchises, as machines, normally expensive to purchase, have become cheaper than paying employees more than is justified by their productivity.

New innovations in the United States have also arisen, and these illustrate how the minimum wage can have a different effect on paper than it does in real life. Momentum Machines, a San Francisco start-up, has invented a robot that can make a burger from raw ingredients every 10 seconds. If a minimum wage creates a situation where a machine is cheaper than paying an actual person to do the work, then the efforts for a “living wage” will truly be for naught.

The empirical evidence, on the whole, has always supported the claim that the minimum wage causes loss of jobs. According to economists David Neumark and William Wascher, the majority of econometric studies demonstrate a “negative employment effects of minimum wages.” They also note that among low-skilled workers, the evidence for disemployment effects is “overwhelming.”

Minimum wage proponents attempt to refute this evidence by citing a study from economists David Card and Alan Krueger analyzing fast-food employment in New Jersey and Pennsylvania after the former state passed an increase in the minimum wage. Their study found no indication of disemployment caused by the minimum wage.

However, follow-up research conducted by Neumark and Wascher attempted to verify the study’s results by using payroll data, only to find a four percent decrease in employment. They also found that even though employment in some subsamples was not statistically significant, it was “almost always negative.”

Businesses always have to look to what is profitable, and technology has given new ways to increase productivity. However, machines doing the work of people is a bad thing insofar that it results from distortionary labor policy. As technology becomes more advanced, lawmakers need to realize that approaches to addressing poverty like the minimum wage too have become out-dated.