A New Look For Canada 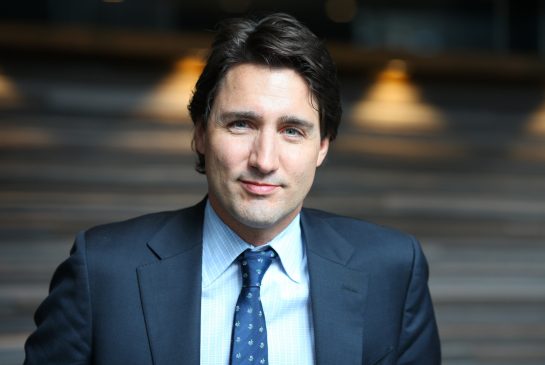 On October 19, The Canadian federal election was held to elect new members of the House of Commons, Canada’s lower house of Parliament. The three major parties in Canada are the right-leaning Conservative Party, the centrist Liberal Party, and the far-left New Democratic Party. The NDP has never held office at a national level, though, and the two main contenders in national elections tend to be the Conservatives and the Liberals. October 19 turned out to be a landslide victory for the Liberals, forcing the Conservative government and Prime Minister Stephen Harper out of office. After nine years of being the Opposition Party, the Liberals, led by Prime Minister Justin Trudeau, now have control of the House of Commons.

There are many potential reasons for the Conservatives’ sudden loss of seats to the Liberals. This election proved to be a huge blow for Harper and the Conservatives. The loss could be attributed to Harper’s growing unpopularity among the Canadian electorate. Much like Republican Party of the United States, the Conservative Party holds true to the values of limited government, especially when it comes to fiscal policy. While in control of the government, the Conservatives proposed little change to taxes and the Federal Budget. Harper consistently belittled Parliament’s role in enacting fiscal policy, and promoted the idea of low government interaction with the economy. While this was not a particularly bad policy, the electorate could have become fed up with Harper’s lack of action on certain economic problems in Canada. Other measures like the temporary suspension of workers’ right to strike in 2009 made the Conservative government unpopular.

The new Liberal government has already proposed many new ideas to be drafted into law. One of the most popular has been the legalization of marijuana. Prime Minister Trudeau has been an outspoken supporter of legalization for many years, and now he has the power to make it a reality. Liberal Party officials have stated that legalizing marijuana will be one of their first legislative actions in Parliament. The only potential roadblock to legalization would be the Senate, the upper house of Parliament that is currently in Conservative control. In Canada, however, the Senate rarely impedes the progress of bills passed in the House of Commons. The Canadian Senate is appointed on the advice of the prime minister rather than elected by the people, but it also has much less power than the House of Commons. Senators are expected to give a review of the law rather than help make it. For this reason, control of the House of Commons is crucial to controlling the government.

So, what can Canadians expect for the future? The Liberal government pushes many key issues besides the legalization of marijuana. For one thing, Trudeau has promised to accept more than 25,000 Syrian refugees over the next year. He has also promised to take more steps towards protecting the environment, and plans to do more to lower greenhouse gas emissions. One particularly controversial issue when Harper was PM was the criminalization of the niqab. Harper vowed to ban the Muslim headdress in public ceremonies, and the conservative government tried to pass a law against it, but the courts struck down the law. Still, Harper stated that the soon enough, the niqab would be banned. With Trudeau and the Liberals in power, however, that seems unlikely.

All politics aside, the new prime minister is an incredibly new face for Canadian politics, but not a new name. The son of former Prime Minister Pierre Trudeau, Justin Trudeau began his career as a teacher in Vancouver. Later in his life, he moved to Montreal and met his future wife Sophie Grégoire, a Quebecois radio show host. An avid sportsman and activist, Trudeau became an advocate for avalanche safety after his brother was killed in one. He once challenged a Conservative Senator to a boxing match for charity, which he won. He has also starred in a movie about Canada’s role in WWI. Assuming office at age 43, Trudeau became the second youngest prime minister in Canadian history, and has been compared to a modern John F. Kennedy.

Regardless of what the future holds, the recent federal election has represented a major shift in the Canadian government. The acts of Parliament will be massively different from earlier years, and Canadians can expect to see more reforms in the years to come.