Puerto Rico in the Spotlight: The Supreme Court, Territorial Sovereignty, and Double Jeopardy 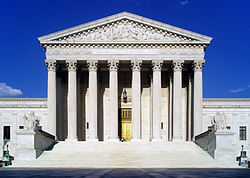 As a case that could have grand consequences for the Puerto Rican government and its citizens, Puerto Rico v. Sanchez Valle appears at face value to be a standard case. The facts of the case involve two men in Puerto Rico, charged with violating both local and federal gun laws and tried in both federal and local Puerto Rican courts. If Puerto Rico were a state of the United States of America like any of the other fifty, the case would not pose a problematic constitutional question. However, Puerto Rico falls into the ambiguous category of United States territory. In fact, the relation between sovereignty and territorial status is the crux of the legal issue with which the Supreme Court is currently dealing. As a territory, Puerto Rico’s sovereign status must be decided by the Supreme Court, for if the Court deems Puerto Rico to be a sovereign territory, violations of law may be tried in both federal and local courts without violating the principle of double jeopardy, protected against in the Fifth Amendment of the United States Constitution. However, if the Court were to decide that Puerto Rico was not a sovereign territory, the double jeopardy rights of the defendants would have been violated. Double jeopardy, though, is not the only issue at stake here. The implications of labeling Puerto Rico as sovereign or not portend immense reaction from both the Puerto Rican citizenry—already deriving a sense of sovereign territorial citizenship due to the fact that they have their own constitution—and the government, who pleaded with the Court, as quoted in an article in The New York Times: “Please do not take the Constitution of Puerto Rico away from the people of Puerto Rico.” Still, the fact that the island does have its own constitution to some degree already indicates that, at least from a legal perspective, the territory is sovereign to the same degree as is a state. However, Puerto Rico is not a state. Still, to highlight the distinction between state and territory, the federal government of the United States, as represented by the executive branch, hopes that the Court find that Puerto Rico is not sovereign so that federal law can, in a sense, supersede the Puerto Rican constitution.

Viewing the matter from a legal perspective, where Puerto Rico’s own Supreme Court finds itself to be under the authority of the federal government of the United States, at least in the matter of the prosecution of criminal activity, as quoted in an article in The New York Times, it would seem that in order to further avoid the blurring of the distinction between state and territory, the Supreme Court should find that the territory of Puerto Rico is not completely sovereign for the purposes of the double jeopardy legal issue. While the popular reaction might certainly be strong against this finding, the decision would not necessarily depart from the current status quo of Puerto Rico’s legal status. The publicity from the decision, in a scenario involving a sovereign Puerto Rico or a scenario involving an incompletely sovereign Puerto Rico, will be immense in either case.