The Parallel Race: Who Will Replace Joe Biden? 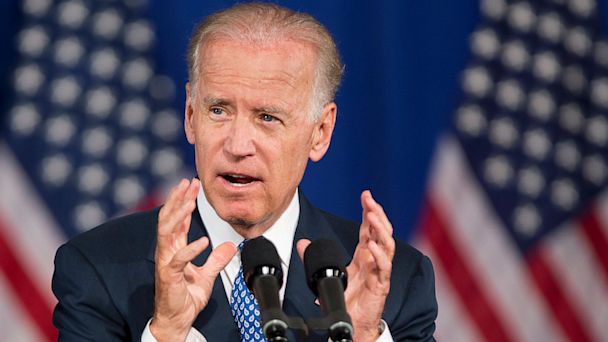 Since South Carolina Governor Nikki Haley gave the Republican response to Obama’s State of the Union Address on January 12, politicians and reporters have discussed and advocated for Haley as a possible running mate for whoever receives the 2016 Republican nomination for president. Haley’s name has been in the news as a candidate for that position since the summer of 2015 and recently has been endorsed by many Republican leaders, including former President George H.W. Bush. Although we do not yet know who will be the Republican/Democrat nominees for president, based on historical data, analysts have begun to predict who could be running mates for the future candidates of the two major parties.

With their running mate selections, candidates look to balance their ticket and make themselves as appealing as possible. It is very likely that the VP’s for 2016 will come from the same party as the one of the presidential nominee they join. Not since 1864 has a candidate chosen a running mate of a different party, when Republican Abraham Lincoln was joined by Democrat Andrew Johnson. In the past 40 years, a few candidates have reached out to politicians of the opposite party to speak about the Vice Presidential position, but no inquiries have been successful.

There is also a high likelihood that running mates will be past/current office holders. Not since 1936 has the VP not had experience as a Vice President, senator, governor, member of the House, or high executive officer. However, with the popular “outsider” candidates we have this election cycle, perhaps we could see similar abnormalities in the running mate selection.

Candidates often use the Vice President position to diversify their ticket, whether that be geographically, racially, or by choosing someone of the opposite sex. Especially considering the power of many minority groups in America today, it seems likely that a candidate would choose someone of a different race/gender to appeal more to those groups. It is also popular for candidates to choose someone from a state with a lot of electoral votes or perhaps a swing state. Older candidates will also often choose a younger running mate, while younger candidates will choose an older, more established running mate.

Ultimately, it will be difficult to predict who the Vice Presidential candidates will be until we know who the Presidential nominees are and we can determine exactly what they might need to diversify their tickets. Nominees will make these choices thoughtfully, as history has shown that running mates can immensely help or hurt candidates. Some even blame Sarah Palin entirely for John McCain’s loss in 2008. Reporters have thrown around names like Mark Warner, a senator from Virginia, or John Hickenlooper, the Governor of Colorado as Hillary Clinton’s potential running mate. Bernie Sanders has been linked with Elizabeth Warren, a senator from Massachusetts as a potential running mate if he is nominated. On the Republican side, Donald Trump has named Ted Cruz as a potential running mate; however, historically speaking, only 4 times since 1960 has a nominee chosen someone who participated in a primary/caucus for that year, which makes Trump/Cruz an unlikely combination. Also, since Trump has recently been attacking Cruz in TV ads in Iowa, it seems unlikely that he would choose him as his running mate if he gets the nomination. Some analysts have suggested that if Ted Cruz gets the nomination, he would benefit from choosing someone like Carly Fiorina or Nikki Haley, women that would help Cruz appeal to a wider demographic.

We often forget about the ongoing parallel race for the Vice Presidential position. Our future president’s right hand man or woman has yet to be chosen and will not be announced until the summer of 2016. However, it’s important to pay attention to these other party leaders as they will ultimately affect which candidate we endorse.