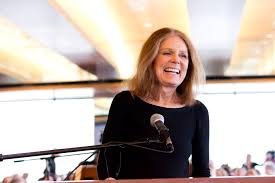 Gloria Steinem and Madeleine Albright, two great matriarchs for any woman who considers herself a politico or an activist, have come out to claim that women need to vote for Hillary Clinton. Former Secretary of State Albright gives some interesting points to back her argument, but what it comes down to is women must stand with Hillary because they are women. For those of the opinion that Hillary being President will mean something for women it is encouraged that they look at President Obama. Obama was supposed to change everything. His election was supposed to eradicate race and take the country into a new era. While some like to debate this, it is fairly clear that did not happen. African-Americans are in no better position today than before Obama took office. The criminal justice system, which disproportionally affects blacks and Latinos, is still in the same shape as it was before he came to office. Disenfranchisement of blacks and Latinos has not been stifled. And, this country still finds it okay to stereotype religious minorities (here’s looking at you Trump supporters). It is clear this country has not entered a new era, but is instead listening to the repeating soundtrack of bygone eras.

This is not to say this is Obama’s fault. He never toted himself as a beacon for systemic change. He never promised to fundamentally change how we think of race, because he cannot fundamentally change how we think of race. Therefore, when looking at Hillary it is important to remember that she cannot fundamentally change how we think of gender in this country. Hillary Clinton as president will not eradicate the sexism that is so fundamental to the American system. At most it will allow little girls to say one day that they want to be president too, only to be severely disappointed when they realize the system was not built for them to rise to the ranks of Hillary Clinton. They will be hit with a wall only a few can climb over. One woman winning the presidency will not bring down this wall. That takes grassroots work and conversations, conversations that cannot and will not happen from the White House. To take up women’s issues for eight years would put Hillary at risk of being the gender president, just like taking up minority issues would have made Obama the race president. To a social liberal these titles seem fine, but to the rest of the country they are isolating.

It is also important to recognize that Albright’s’ position is based in a misunderstanding around which women have a place in hell for not helping other women because it is not everyone. Black feminist theory of the 1970s and 1980s specifically pointed out that women of color are positioned differently in the system than white women. The issues black women, Latino women, East Asian women, Native American women and Southeast Asian women face in this country are not the same amongst each other, nor are they the same in comparison to the issues Hillary Clinton faces. This moment of difference was most visible when Hillary Clinton’s campaign launched their “7 Things Hillary Clinton has in common with your abuela” list and Hispanic twitter quickly countered it with #notmyabuela.

So yes, Secretary Albright is correct in saying the story of women climbing the ladder is not done and this country has a lot further to go if it ever hopes to see true equality among genders. However, it is facile to believe that Hillary Clinton’s rise to power is (1) going to mean a systemic change for women in this country, or (2) that it means any change for women of every color in this country. And if it is not going to mean a change for women of every color in this country, then it is difficult to understand why all women should be shamed into checking Clinton on the ballot. Granted, there are issues that do effect all women – “sexual assault,” “right to choose,” “domestic violence,” etc. But in a city as politically charged as Washington, it is highly unlikely Hillary will be able to tackle these issues with bipartisan support. And, if she managed to, the country would have a huge double standard on its hands. It would be interesting to find out that it is okay for the white woman to tote her picket in the White House pushing for gender equality among all, while the idea of confronting racial issues would have been political suicide for Obama. The counterargument here is that women represent over 50% of this country, so their issues are less polarizing because it effects the majority rather than the minority. The counter to that argument, however, is (1) women’s issues have never been less polarizing because sexism is built into the system and (2) according to the last census, racial and ethnic minorities make up a little over 36% of this country and researchers have already confirmed that, very soon, the US will be a minority-majority country.

There are many, many good reasons as to why people should vote for Hillary Clinton over Bernie Sanders. Hillary Clinton has more political know how than most politicians running on either side. She is calculating, which some critics might dislike, but who would prefer someone ingenuous representing the country internationally? Clinton is also less polarizing than Sanders, which will make her interactions with executives, international leaders, and conservative opponents less hostile. Former Secretary Clinton is also highly pragmatic, something Senator Sanders struggles with. The list is long as to why Hillary Clinton is a viable candidate for office. Her status as a female, however, is not one that should be toted, and for those like Ms. Steinem and Former Secretary Albright who are trying to understand why females are not going for this argument either, there are more valid explanations than Ms. Steinem’s assertion that it is because girls are following boys to Bernie. It could simply be that they do not like Hillary. The complaints heard about Hillary over the last year have never touched women like Elizabeth Warren. Warren has never been accused of flip flopping or seeming like the rules do not apply to her. So maybe the problem is not female voters, maybe it is the female candidate. Because it is possible to dislike Hillary Clinton without falling into the sexist mindset to which Americans are conditioned.