Kasich Can: New Hampshire and the Future of His Campaign 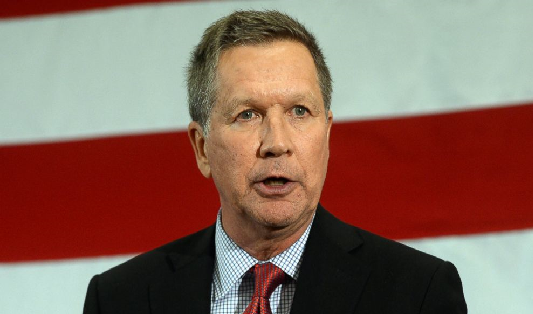 People around the country eagerly looked to New Hampshire this past Tuesday to watch the first-in-the-nation primary; as they did, they found themselves asking, “Who’s Kasich?”

John Kasich is the governor of Ohio with an impressive resume which includes nine terms in the US House, eighteen years of the House Armed Services Committee, six years as the chairman of the House Budget Committee, eight years as an investment banker, and as of Tuesday, the second place winner in the 2016 New Hampshire primary.

Kasich has been putting a large chunk of his meager campaign budget ($2.5 million; compared to Jeb Bush’s $8 million in cash, and much more in his super PAC) into his New Hampshire campaign.

Despite this second place win, some people are doubting the ability of Kasich to maintain his momentum, and even say that New Hampshire’s primary doesn’t matter. New York Times reporter Robert Draper argues that New Hampshire produces far less accurate polls that what we saw last week in Iowa; that’s because New Hampshire has a very high voter turnout and a high percentage of voters who make their decision extremely late. This year, some polls stated that nearly 55% of voters did not know who they were going to vote for, the night before the primary.

He uses this data to argue that New Hampshire is not an accurate predictor of the race ahead; however, I disagree. In the past, New Hampshire has been a great predictor of who will come to the forefront of the race in the states ahead. Almost all of each party’s nominees in the past have done well in New Hampshire during their campaigns (unlike Iowa – President Harkin, Gephardt, or Huckabee, anyone?). In fact, the last person to finish worse than 2nd in New Hampshire that went on to win their party’s nomination was Adlai Stevenson in 1952 (who then went on to win 2nd place in 1956, getting the Democratic nomination both years).

Perhaps more interestingly, the three most recent presidents all finished second in the New Hampshire primary, and the four presidents before that won first place.

There is huge media attention that comes with the win; however, the actual voters are not representative of the country’s votes as a whole (which may be part of why Bernie Sanders had such a large lead over Clinton).