The Gamble of the Century: How “Brexit” threatens the UK’s economy 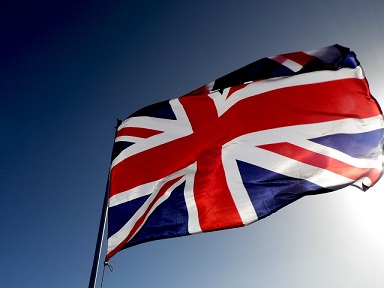 “A vote to leave is the gamble of the century. And it would be our children’s futures on the table if we were to roll the dice.” – David Cameron, February 28
The “Brexit” question, of whether or not Britain should leave the EU, is one of the main issues that the administration of David Cameron agreed to address in their party’s manifesto. In a recent Facebook post, the big question upon which he expounded was the future state of European trade relations. While issues of immigration and of national health are of some concern, the British should look toward economic implications of leaving before voting at the polls. The referendum is set for June 23 where British citizens will vote yes or no on withdrawing from the European Union.

Later in the post, Cameron clearly states the pros to continued EU-trade relations. A comparative analysis of scenarios in other countries reveals trends in how non-EU countries have held up. While Canada has a Free Trade Agreement with the EU, it does not have formal ties like the United Kingdom maintains. Cameron emphasizes how only 1/10 of Canadian exports make it to Europe, whereas 1/2 of British exports do. Open Europe, a prominent European thinktank, noted that a deal similar to Canada’s would “be the hardest to negotiate as it would require a series of negotiations to parallel treaty structures” that could mimic trade outlined in the EEA, EFTA, AND EU treaties. Meanwhile, Switzerland has similar trade share percentages with those of Britain. However, they struggled with creating a single market system for nearly a decade. These negotiations would be costly for the British and would seem almost unnecessary for some.

A fellow MP of the Conservative Party, Boris Johnson, interestingly supports a Brexit. He believes there is a possibility of a “third way” or decision, in which the UK should negotiate better trade deals rather than a binding European economic alliance. In the wake of a migrant crisis in continental Europe, and a British housing crisis, there is uncertainty over the stability of staying in the European Union. External pressure to make a decision has also arisen from members of the Opposition, the Labour Party. Even the Leader of the Opposition, Jeremy Corbyn, is struggling with his stance on the EU situation. Although he nominally supports staying in, he is hesitant of the free market and pro-business environment that will continue to widen the wage gap in the United Kingdom. He seems to want to support the idea of pro-EU collectivism through a referendum where the country would maintain close ties with the EU. However, his speeches have yet to show his true stance.

Contention among MPs of the Conservative Party, as well as external pressures from other MPs, have made the future of this matter uncertain. As of late February, opinion polls indicate that 41% of total voters hope to remain in the EU, while another 41% seek an exit (and 18% are unsure). Some of the benefits of a Brexit include lower increased trade flexibility with important trading partners including China and India, lower operating costs paid to the EU (which stands at 340 pounds per household), and the evident cut of economic ties with countries seen as a threat to EU stability. Many still attribute the dreadfully low inflationary environment to the economic concerns of Greece’s recovery. Even Cameron has expressed frustration at the country for past bailouts which fail to help the country achieve any economic return to normalcy.

Despite the benefits of economic independence that many pro-Brexiters praise, the United Kingdom will likely have greater long-term growth if it stays in the EU. Forty-five percent of British exports go to countries of the EU. In the opposite direction, interdependence is clear. From German cars to French luxury goods, the British desire many of the manufactured goods of Europe. While they certainly have the financial services sectors to finance these purchases, few would argue that the British could thrive without EU. This open-market system promotes constant innovation and improvement for the future of British businesses. The economic reliance of EU-UK goods cannot be understated, as the Centre for European Reform notes, in its “gravity” model, “the UK’s trade with the other EU members is 55 per cent higher than one would expect, given the size of these countries’ economies and other controls.” It is evident that the current system is flawed (with complaints of regulation being the most prominent), but leaving the EU would be too drastic of a measure given the uncertainty of trade interdependence and short-run markets. As of March 2, Parliament approved of the referendum date and the British citizens will vote on the future of their country.

This guest submission was authored by Robert Yee, a Vanderbilt junior studying history and economics, who serves as Editor in Chief of the Vanderbilt Historical Review, a student-run, undergraduate journal of history.