The Fallacies of Trump on Trade 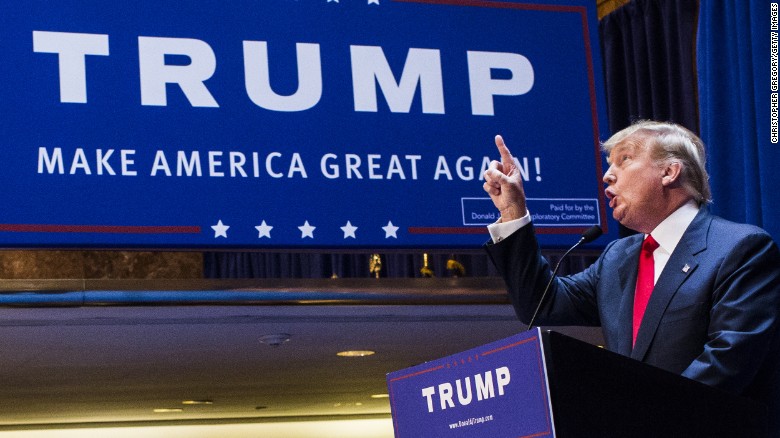 These days, it is truly difficult to write about anything other than Trump. Trust me, I really tried. While it would be easy to sit here and write about how the GOP frontrunner is a racist, misogynistic hypocrite with a nasty spray tan and unimpressive wig, I will not do so, for I do not find any of these things particularly concerning or interesting. The time has come for Trump dissenters to face the reality that the man is a viable candidate for president of the United States. We should not blindly attack his potentially disagreeable personal characteristics out of pure rage whilst condemning his supporters as stupid. Neither should we cower in fear and lose faith in our country, threatening to flea to Canada or Britain whilst severing ties with the US, as though Trump would miss us so dearly. Instead of calling him a racist, we should express why his stances on immigration are problematic. Instead of calling him a sexist, we should say why his views on gender equality are misguided. Right now, instead of calling him an egotistical billionaire, I would like to explain why I think his views on the international trade are flawed.

One thing Trump has been advocating for recently is a hike in tariffs on goods coming from Mexico and China. He wants the tariffs on these goods to be about 35%, which is very high by US standards. What he intends to do is make these foreign goods more expensive in the US market, thereby making American goods cheaper, so consumers would be more willing to buy from American businesses, which would then help those businesses. Some American businesspeople that are competing with businesses abroad are obviously supporting this idea, because it would greatly help them, but that doesn’t necessarily make it a good idea.

When Trump talks about trade, he talks as though it is a game, and that the US is losing. What he is referring to is our trade deficit, which means that we are importing more goods for foreign countries than we are exporting to the rest of the world. This means that consumers are contributing their spending to companies abroad, which Trump views as a bad thing. Actually, imports are not a bad thing at all. Americans are getting a wide variety of affordable goods from around the world, and consumers have the ability to choose from both American and foreign goods when making purchases. We benefit from being able to buy French wines, Japanese cars, Italian shoes, Indian textiles, Swedish furniture, and so on. Because American firms are competitive in the global market, it makes sense to keep minimum barriers to trade among other powerful economic nations so that the middle and lower classes have a wide variety of goods and services to choose from.

Another thing to note in light of Trump’s vow to help American enterprise is that American enterprise is already helping itself, The US is still rebounding from the recession of 2008, but exports are beginning to make a comeback in US GDP. America has already tripled its overall exports since 1995. According to Robert Lawrence, an international trade expert, “A trade deficit is much more of an indication of our spending habits than our competitiveness.”

For the Republican Party that values free enterprise economics and limited government intervention in the economy, Trump’s trade policy is actually the antithesis. It is likely that conservatives listen in to Trump’s patriotic rhetoric and strong, firm asserting of his beliefs so much that the intricacies and finer details of his plans often go overlooked. International trade is something that is incredibly beneficial to society. We benefit from being able to buy Toshiba televisions, Ikea furniture, Volkswagen vehicles, Nestlé chocolate, and Samsung phones.

This article barely scrapes the surface of all the economic ignorance that Trump has demonstrated time and time again in the past year. What I would recommend for all who plan on voting Trump is to familiarize yourself with what Trump’s plans would do to the economy, and what they would do to you. I will not say that you must change your mind, but I think it is important for all voters to be informed on the issues. In this time of political mud flinging, name-calling, and media hype, do not forget about the issues. I think it’s nice that Trump is able to beat his chest and aggressively assert what he believes without fear of being marginalized or silenced, but I beg you to listen to the substance of what he says and reevaluate whether you agree with him or if his views align with our country’s best interest.