The Trump of the Netherlands 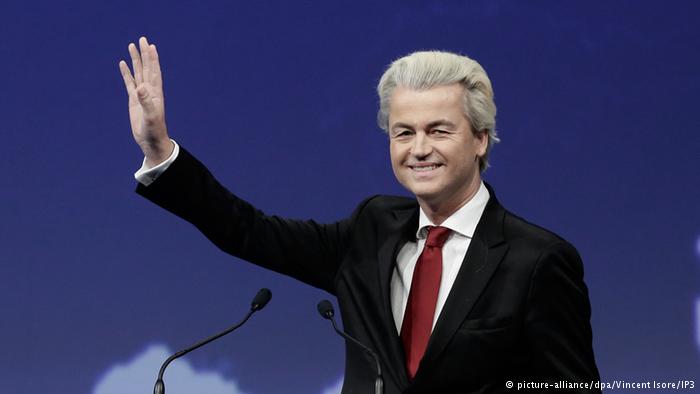 To many Americans, the rise of Donald J. Trump to the top of the Republican Party has been shocking. After all, his candidacy was largely seen as a joke when he announced it, and his insults to immigrants and calls to ban Muslims have made him a very controversial figure. While many across the Atlantic might look at his success and be stunned, the rise of a controversial figure is also happening in Europe – specifically, in the Netherlands. It comes in the form of Geert Wilders and the Partij voor de Vrijheid (Party for Freedom, abbreviated as PVV).

Wilders, like Trump, is no ordinary politician. Originally part of a larger party in the Netherlands called Volkspartij voor Vrijheid en Democratie (People’s Party for Freedom and Democracy, abbreviated VVD), Wilders became disillusioned with the VVD’s policies regarding the accession of Turkey to the European Union and decided to form his own party, the PVV.

The main issue in which Wilders resembles Trump is his criticism of Islam, and his continuous advocating for ending immigration into the Netherlands. Wilders’s criticism is so harsh, that some might be surprised to see that this kind of rhetoric is present in Europe. For example, both Trump and Wilders want to stop the immigration of Muslims into their respective countries. Both Trump and Wilders want to close all mosques in their respective countries. Both have called for an end to “political correctness”. Only Wilders, though, has compared the Quran, the Islamic holy book, to Hitler’s Mein Kampf.

But the most surprising similarity between Trump and Wilders is their current success. While Trump is currently leading the Republican presidential primaries, Wilders’s party has seen a rise in popularity. In the last Dutch election in 2012, the PVV received 10.1% of the vote and 15 seats (out of 150) in the House of Representatives. In recent polls, however, they are projected to receive around 39 seats, enough for a comfortable plurality. What’s interesting is that the rise of both “politicians” is most likely for the same reason. Simply put, people are scared – especially when it comes to the idea of immigrants from the Middle East entering their neighborhoods. Trump and Wilders are the two candidates that make immigration their main issue, and despite their policies being (allegedly) tinged with racism, they offer the assurance that the Dutch/American people will be kept safe. It only seems that their poll numbers and success increase as terror groups such as ISIL amp up their attacks on the West. Wilders even officially endorsed Trump for president.

Only time will tell if Trump becomes President of the United States, and if Wilders becomes Prime Minister of the Netherlands. While many Europeans are aghast at the rise of Trump, what they need to realize is that it’s happening within their own borders.