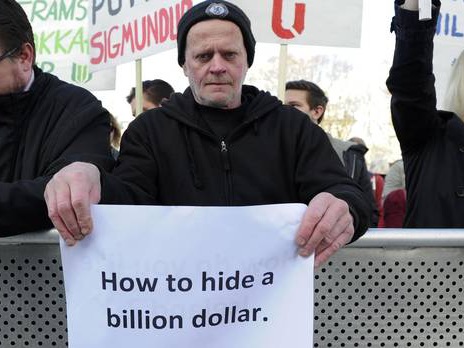 When was the last time you heard relevant news of a ghost corporation, an illegitimate offshore account, or an ominous cover organization as part of money laundering or tax evasion schemes? It has probably been a while.

To the misfortune of some of the world’s most influential leaders, that is no longer the case. In the past two weeks a dynamic, multi-faceted corruption case, associated with the informal name The Panama Papers, has exploded onto the global stage. The German newspaper Sueddeutsche Zeitung received an anonymous submission of 11.5 million documents sourced from Mossack Fonseca, a Panamanian law firm. Some are calling this the biggest leak of secret data ever.

Mossack Fonseca has not been under legal scrutiny, nor has it received any significant media exposure in over 40 years. Ramon Fonseca, director of the firm, claims that the firm was victim to targeted hacking and manipulation which resulted in the procurement of the documents. However, the records relayed to Sueddeutsche Zeitung, which were consequently wired to the International Consortium of Investigative Journalists (ICIJ), reveal rather effectively that the firm has in fact facilitated illicit operations to help clients evade taxes or launder their money. It turns out that it has a rather prestigious clientele, with 12 world leaders, 143 politicians, along with a variety of companies and organizations being tied into the case with varying levels of involvement.

The first and most drastic casualties of this catastrophe have been felt in the extreme northern sect of the globe. Iceland’s prime minister, Sigmundur Gunnlaugsson, came under intense fire from his people after these documents revealed that he had been concealing millions of dollars’ worth of his family’s assets, enough money to buy the entirety of the company Wintris. Gunnlaugsson stepped down from office within days of these allegations, perhaps underlining an alarming accuracy and validity to these documents.

What is even more outlandish and frightening is that Vladimir Putin, president of Russia, has been accused of being linked to 2 billion dollars of untaxed money housed by Mossack Fonseca. Although his name does not concretely appear on any of the financial statements, there are established ties in this paper trail between Monsack Fonseca and some of Putin’s associates, including musician and close friend Sergei Roldugin. While the Russian government has been dismissed these claims as spins designed to unravel Putin’s presidency, intense investigation will undoubtedly ensue.

Numerous other viable investigations are exploding onto the public stage by the day, involving British prime minister David Cameron, a cluster of FIFA officials and contracts, three of the seven members of China’s Politburo, and entirely too many other world leaders.

By this point, you may be asking yourself: Where are all the Americans in this fiasco?

In general, none are to be found. Other than a few moderately famous American citizens with offshore ties, the Panama Papers do not mention any ties to American politicians, officials, or other prominent figures. Although this does not necessarily absolve United States leaders from involvement in this scandal or any similar escapades, it does bode well for U.S. relations abroad amid the consequent turmoil that escalates as this case is further broken down.

Although any analysis of this situation may be premature due to the constantly evolving circumstances and new breakthroughs, there are certainly immense implications from even the fundamental nature of this international defamation. Pending further investigation on the larger-profile accused, the international atmosphere of accountability could be wrecked for a substantial period of time. If Vladimir Putin or David Cameron are dealing with personal allegations in the midst of major conflicts such as the Syrian Civil War or “Brexit,” it may be up to other nations, perhaps less scathed from this offshore embarrassment, to play larger roles in world affairs. Only time will tell, but as of now, the largest data leak in history is set to wreak havoc anywhere and everywhere, from the top down.