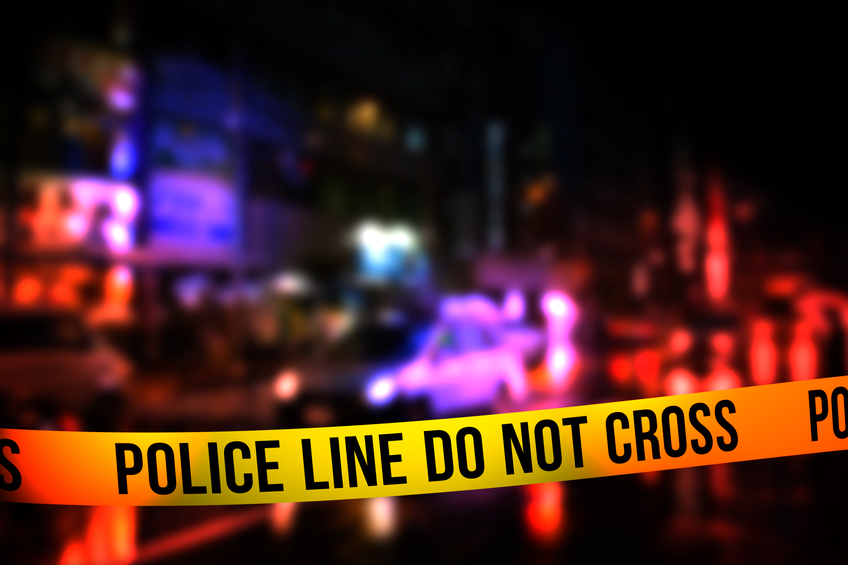 A night time street scene with focus on a "Police Line Do Not Cross" tape across.

By Catherine Kvam and Alejandro Monzon

Some U.S. cities are experiencing spikes in homicides, and citizens and government officials are left wondering how to alleviate the problem.

This is especially true for Chicago, the city with the highest homicide rate. According to the Chicago Tribune, there were 78 homicides in August, the highest monthly rate in 20 years.

“[The] South and West sides of the city are the most affected by this crime,” said Ricardo Muñoz, the Alderman of the 22nd Ward. According to the Chicago Tribune, neighborhoods experiencing the highest level of violent crime include West Garfield Park, Fuller Park, North Lawndale, and Riverdale.

“[It is due to the] lack of economic opportunities and jobs in some of our neighborhoods,” said Muñoz.  The unemployment rate nationally is 5.1 percent, whereas the rate for the Chicago area is 5.5 percent, according to an Economic Summary by the Bureau of Labor Statistics.  Unemployment is even higher on the the south and west sides.  The summary also showed a lower increase in wages and salaries in Chicago than the national average.

“We need everyone’s help… churches, not for profits, [the] park district, and others,” said Muñoz.  There are many nonprofit organizations in Chicago aiming to curtail violence such as Cure Violence, Illinois Council Against Handgun Violence, and Get IN Chicago.  The Chicago Police Department’s (CPD) past efforts included increasing body cameras and gun buy-back initiatives, according to the Chicago Tribune and the City of Chicago.  Other CPD initiatives are in place for long-term prevention of youth violence.

“I think [the increase in violence] is [due to] less resources,” said Norman Kerr, VP of Violence Prevention at UCAN (Uhlich Children’s Advantage Network). UCAN, which is based in the North Lawndale neighborhood, provides aid to children in Chicago, who are often the direct and indirect victims of this violence.

“[For] some of them, violence is second nature. There are some who want to get away from it,” said Kerr. Some of the city kids are able to escape the cycle of violence, while others get trapped and end up in the prison system. Kerr attributed the majority of the violence to guns and gangs.

“We can get to these kids before law enforcement [does],” noted Kerr. With high recidivism rates, the number one priority of services like UCAN is to stop the cycle of incarceration from ever beginning.

The judicial system is taking additional measures in order to keep nonviolent offenders out of prison; instead, offenders participate in programs designed to address the root cause of their actions.

“There has been a significant shift among the judiciary in Cook County when deciding an appropriate sentence for nonviolent offenders,” said Judge Marguerite Quinn of the Circuit Court of Cook County.  “We are seeing better results and lower recidivism rates among those offenders who receive treatment as part of their sentence.”

While Data released by the Metro Cities Chiefs Police Association show that the homicide rate in major American cities is roughly equal to what it was at this point in 2015, several cities have experienced more violence than usual. In Nashville, the number of homicides has risen from 31 to 34. Chicago, however, has experienced nearly a 50 percent increase, from 211 reported by mid 2015 up to 316 this year.

Director of the Vanderbilt Criminal Justice Program Christopher Slobogin commented on common measures used to reduce crime.  They include “reducing the influx of guns; gang intervention strategies; aggressive stop-and-frisk…increased police presence generally; and increased surveillance.” While these strategies help, they do come with certain costs.

Slobogin’s list of methods can be helpful in the short-term, but, he said, “aggressive stop-and-frisk can exacerbate tensions between the community and the police, because it usually results in stops of many more innocent people (mostly of color) than guilty people.”

Without a true central authority for dealing with city crime, various institutions ‒ in Chicago and elsewhere – are attempting to confront the situation head on. With each implementing various programs to target specific sectors of city populations, each is fighting its own fragmented battle against crime.