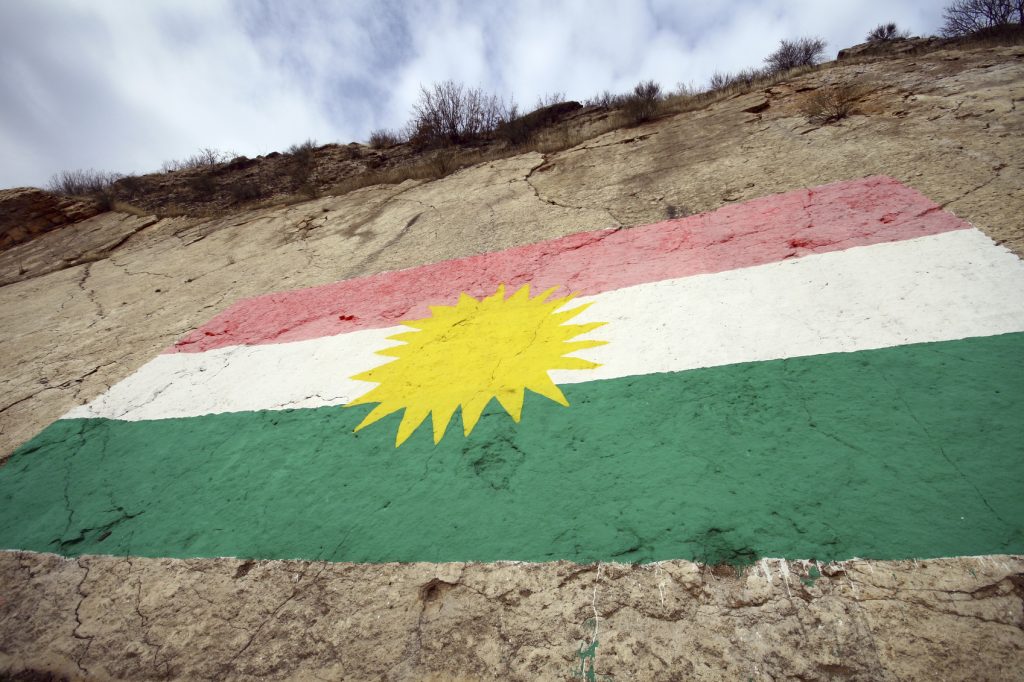 Driving down Nolensville Pike, look left to see the Nashville Speedway. Look just past the track and an unassuming warehouse comes into view: the al-Mahdi Islamic Center.

There are eleven thousand cultural Kurds residing in Nashville, by far the largest such community in America. These refugees hail from the geo-cultural region of Kurdistan, a large swath of land spanning the mountainous areas of modern-day Iraq, Iran, Syria, and Turkey that was split up by western powers after World War I. Most Kurds are Sunni or Shia Muslims and possess a unique Kurdish language with multiple dialects. Never an ethnic majority in their political state, Kurds have been the subject of persecution by Middle Eastern governments for over a century.

So: a stateless “mountain people” with no political representation in a constantly turbulent Middle East? That’s the recipe for a scapegoat.

Ripe for persecution, the Iraqi military began systematically bombing northern Kurdish lands during the 1970s. As their schools, homes, and farmlands were ravaged, many Kurds became refugees, fleeing their homelands in search of a safe haven. For around fifty refugees, Nashville, Tennessee became that safe haven in 1976.

For a more comprehensive look at situation for Kurds in Nashville, I sat down with Professor Daniel B. Cornfield from Vanderbilt’s Sociology department. From 1990-2003, Cornfield and a team of students and faculty from three area universities compiled a 279 page report unpacking what immigrant populations in Nashville feel they need most. This report was delivered to the mayor of Nashville in 2003 and featured a list of policy recommendations.

In the mid-1970s this was an ideal city for a refugee, falling into the category of a “New Destination” city. Professor Cornfield explained these as “cities in America’s Rust and Bible Belts who until recently saw little immigration from foreign countries, but have economic, political, and social cultures to attract new residents.” No, Dayton, Ohio doesn’t have an Ellis Island, and nobody is rafting to Wilmington, North Carolina — the volume isn’t comparable to the historic hubs — but word is spreading and numbers are increasing as immigrants find success in these communities. With a surging economy, affordable housing, and well-established charitable organizations, Nashville is an ideal landing spot.

Political factors also play a role in creating a welcoming atmosphere for new Americans. As most New Destination cities are specs of blue in a sea of red, Nashville fits the bill again, voting 60-40 for Obama while the state’s totals were exactly opposite. A culturally and racially progressive Nashville isn’t an entirely new phenomenon: By abolishing most Jim Crow laws in 1962 (two years prior to the Civil Rights Act of 1964), Nashville was one of the first cracks in a still Solid South. By no means was this city a multicultural utopia, nor is it today, but it continues to be hospitable enough to be attractive. After all, many of the newly arriving Kurds aren’t just coming due to necessity; they’re coming for opportunity.

When asked whether Nashville is still a destination city today, Professor Cornfield responded skeptically. “We could be seeing the end of an era where fewer low wage, low skill migrants could find permanent success here. It likely depends on how Nashville deals with gentrification, rising real estate prices, and the ongoing local policy debate about how much affordable housing is required to promote economic development.” Hopefully, our city will heed some of Cornfield’s recommendations so we may remain an attractive option for new Americans.

Waves of new laborers looking for better jobs are generally working class, which leads to immediate stratification of the entire population, placing immigrants in the toughest industries and most ignored neighborhoods.

Political refugees are a different story. Because their strife stems from non-economic struggles, the whole social structure travels with them. Persecution involved religious and intellectual leaders facing systematic extermination by Saddam Hussein, meaning the full spectrum of society—from rich to poor, uneducated to university graduates—moved to Nashville. Even both main Kurdish dialects, Behdini and Sorani, are used here. It truly is a microcosm of Kurdistan.

Like all ethnic minorities, however, Nashville’s Kurds encounter high hurdles on their trip to success. Many Kurds find it difficult to translate their skills and talents into a job here because some employers in America don’t recognize degrees from Kurdish educational institutions; they have the skills, but not the certificates. Accordingly, Professor Cornfield suggested that, “A streamlined re-credentialization system for refugees in America would go a long way to improving the quality-of-life for thousands of Kurds in Nashville.”

Compounding this professional crisis is a stubborn language barrier. While the government provides introductory English classes for refugees, it’s not enough for many Kurds to function in English-heavy workplaces. The endeavor of learning a whole new language is especially difficult for adults. Not only is a new language notoriously difficult to master the older one gets, but many in the Kurdish community have never attended any school back home. Again, we can attribute this to Saddam Hussein. Schools were symbols of community, making them favorite targets for Iraqi attacks on the Kurds.

Deprived of any formal schooling and an elastic mind, many Kurdish elders are confined to speaking only their native language. Thus, the burden of connecting two linguistic worlds falls to children and grandchildren, who are forced to translate all English for their elders, and even help fill out formal documents like job applications and tax forms. The burden only directly affects some, but falls upon the entire community.

Finally, Islamic Kurds are victims of increased islamophobia following the terrorist attacks on September 11, 2001. Before 9/11, Professor Cornfield recalled “very little islamophobia, nothing like the demonization they’ve seen post-9/11.” In the aftermath, the growing Kurdish community was labeled by some as a threat. In 2008, a mosque was burned in Colombia, just forty minutes south of Vanderbilt’s campus. A few years later, the construction of an Islamic center in Murfreesboro was nearly blocked by alarmists in the local community. This controversy was heated enough to garner attention from the ACLU, who stepped in to successfully defend the religious liberties of the Islamic community.

Of all issues the Kurdish community of Nashville faces, this is the most disheartening.

The dichotomy between sides discussing how Islam fits into the American schema is stark, and drives the current policy debate on our acceptance of more refugees, namely from Syria. The ideological camps stand firm. Some see a community of the oppressed begging for a chance at life. Others view Islam as inherently incompatible with the American way of life, burning mosques to reaffirm their so-called patriotism. The majority of Nashvillians, though, believe our differences make us stronger. We see the story of fifty refugees turning horrible circumstances into a thriving community as the epitome of the American dream.

Nashville’s Little Kurdistan is a model for why accepting refugees is good for America. If a race track and a mosque can coexist here in Nashville, it’s time for more communities to open their arms to Islam.