Doomed to Hope: A Professor’s Journey from Damascus to Vanderbilt 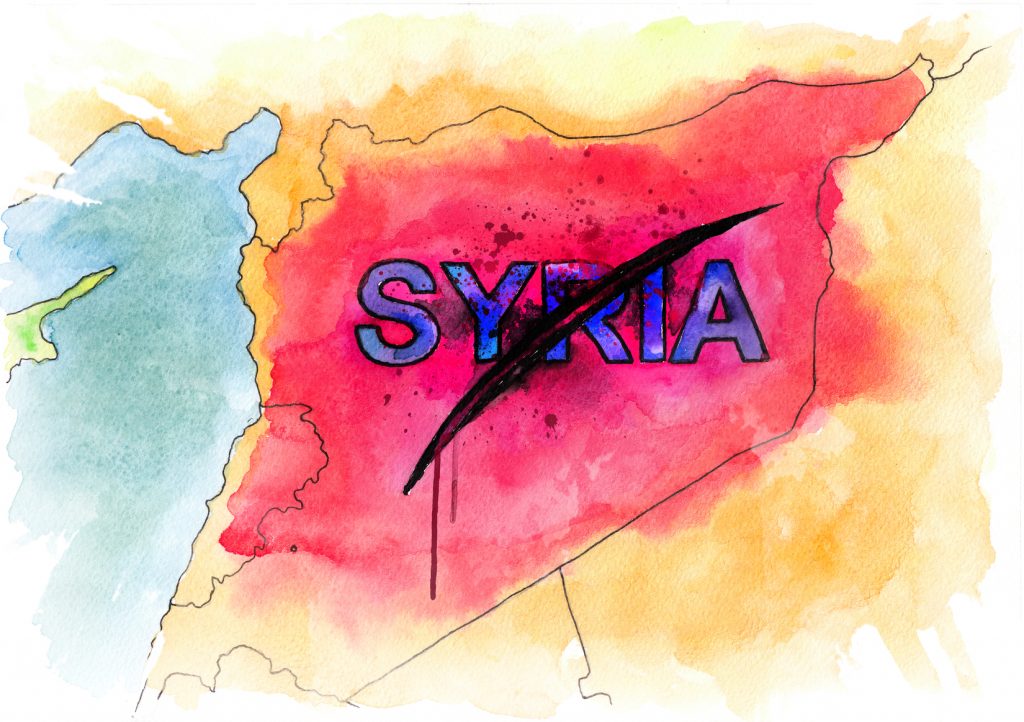 By Karim Oliver and Charlotte Mellgard

This is the first installment of a series on Syrian refugees in Nashville.

Professor Issam Eido taught his last class at the University of Damascus in December of 2011. It was the first year of the Syrian revolution. As he completed his final lecture, anti-government demonstrators surrounded the campus. “In my class, I saw some people feeling happy and some people feeling worried. Government security forces began to surround the university. Everything was closed. Five buses of security came and began to arrest people, to torture people.”

Frustrations with the Assad Regime were nothing new, and with the Arab Spring spreading across the region, an uprising in Syria felt inevitable. According to Professor Eido, the lack of free speech rights and the thought control of the Ba’ath regime were infuriating. “I think that this was one of the biggest reason for revolution. Everything was controlled, there was no freedom, no public space to share any information or ideas.” Ultimately, as Eido explained, citizens partici

pated in the revolution “because they felt deceived,” longing for the freedoms of the West. Although Eido recognized that the conflict would be bloody, he was optimistic that the conflict would result in a positive outcome for Syria. “The first year for me was the year of hope because all people were engaged in different ways in hope for change.”

Towards the end of 2011, while civilian demonstrations and tension were escalating, Eido received a call from the presidential palace of Syria. He and eleven other academic figures were asked to meet with President Bashar al-Assad.  Eido had a week to decide whether or not to attend, “I felt worried—should I go or not? What should I say? Should I be silent?” In the end, Eido decided to attend.

There were thirteen people in a closed room. Each man was asked to express his thoughts regarding the revolution. “He said, ‘you can speak anything; you are academic people you can just speak.’ So I said what is happening in Syria is a political movement, it is not a conspiracy by the west or east. So, the government should deal with this in a political way.”

Eido saw a leader who ruled not at the service of his people but rather at the mercy of his paranoia. “After three and a half hours, everything from him just confirmed and emphasized his belief that the revolution was a conspiracy. So it seemed to me that he didn’t believe in his people—in anyone. If anybody went against him, somebody had an agenda outside of Syria. So it seems to me that these people don’t have any plan, just go to the street and kill people and finish the revolution and this desire for change.”

The future of Syria appeared more vulnerable than ever. Eido left Syria believing that his country would fall into chaos.

While Eido remained safely in Jordan, the second year of the revolution was underway. To Eido, this was the year of doubt: “[The] Syrian people were in a dilemma between the Ba’ath regime, extremists, and what they wanted”. With no established opposition to the government, certain Syrian citizens gravitated towards growing fundamental Islamic movements, and these extremist factions found opportunity in the power vacuum. “People did not have any other way than just going and supporting the revolution because, after forty years of the Ba’ath regime, they wanted change.” For some, these extremist groups represented such change. Others still aspired to democracy. For all, the question remained, “Is this the revolution we seek?”

The year of doubt soon turned into the year of despair, and, by 2014, any political solution seemed virtually impossible. What started as a civilian protest devolved into anarchy. Opposition groups divided according to religion, territory, and tribe, with each rival fighting for control. In the midst of such chaos, ISIL emerged. Advancing with vengeance, the terrorist group took control over half the country, including the countryside of Aleppo and the eastern side of Syria. As Eido described, “The fourth year was the year of nihilism—the year of no goals.”

No two images have captured the Syrian tragedy as well as the pictures of Syrian children Alyan and Omran Daqneesh, two young boys—the former washed up on the shores of Greece after a failed attempt to secure refuge, and the latter covered head to toe in the dust of an airstrike in Aleppo. Each day every Syrian is faced with the possibility that they might become Alyan or Omran, that they may die without freedom or die just short of obtaining it. As Eido stated, there are “two ways—here or there. It is not about luxury. It is just about living”.

Even for those families fortunate enough to receive refugee status, a new tragedy arises. Families are usually split up, often between continents, and have very little hope of ever reuniting. Eido has witnessed such tragedy. “When you speak about Syrian families, most are ruined. There are no families that are united in one place. For example, my family is in Turkey and the Gulf States while I am here. This is the situation of all Syrian families.” As families are torn apart, refugees are plagued by memories of home. “Every day I am very sad. Like about any memories I have. About any songs I listen to, about any smells—about any views. I don’t know why certain memories come. And I think this is something that is very difficult because you cannot go back to this memory. Why? Because you cannot go to your country.”

There are no solutions in sight, but individual Americans could save lives. “I think people can do more than the government. When we speak about Iraqi refugees in Syria, all the government did was open its border to them without providing any substantive assistance. It was the Syrian people that made Syria truly open for the refugees. It was not the government but rather it was the people who were welcoming.” No citizen has the power to control America’s borders, but each citizen can open his or her arms. To Eido, the Syrian civil war is a litmus test of human empathy. “It’s a crisis of humanity. You can speak about the political crisis, but it’s about humanity. If we are ok with just killing, I think humanity will pay the price for this.”