The Legacy of Slavery At Vanderbilt 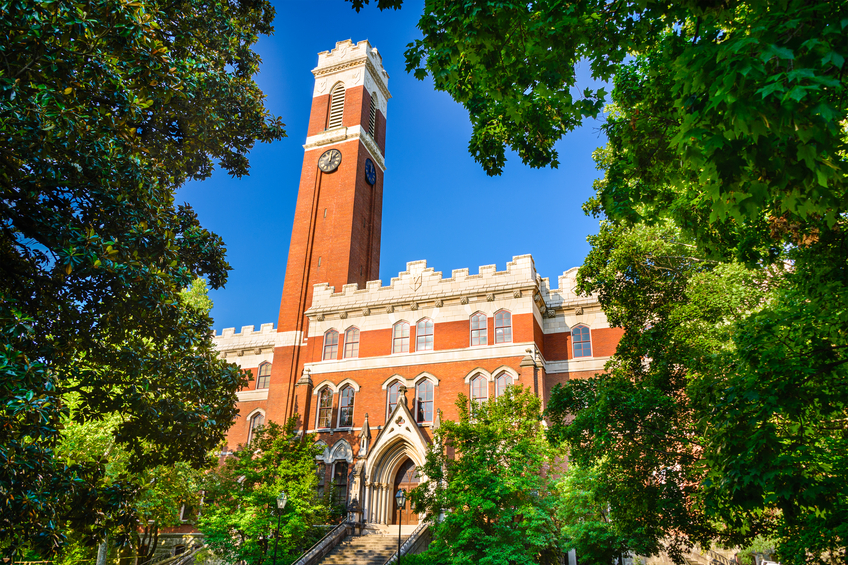 This article was written in collaboration with the Vanderbilt Historical Review.

By Avi Mediratta and Sydney Bub

Growing opposition to old-South romanticism has troubled Confederate sympathizers. Although the Civil War ended in 1865, a sizeable portion of the country continues to support the Confederate ideals of strong state governments, agrarian economies, and Southern heritage. Of course, many Americans view the topic in a different light; these people see the Confederate States of America as synonymous with plantation slavery and white supremacy. In response to this, many organizations have taken steps to distance themselves from the legacy of American slavery. In 2015, South Carolina governor Nikki Haley’s removal of the Confederate flag from the state capitol building stood out as a particularly controversial act. Confederate sympathizers saw this as a rewriting of history, while others saw it as a warranted parting with the state’s troubled past.

Responding to changing attitudes throughout the country, many universities have attempted to move away from any perceived glorification of the Confederate era. Georgetown University recently made headlines by apologizing for its role in the slave trade and pledging to give preferential treatment in admissions to those who were descendants of slaves traded by the university’s founders. At Yale, students and faculty engaged in debates about renaming Calhoun College, a building originally named in honor of alumnus and statesman John C. Calhoun, an ardent supporter of slavery during the nineteenth century.

In the context of these recent events, Vanderbilt’s decision is hardly surprising. Some say it’s not even worth arguing over. Although the fairly liberal, diverse Vanderbilt community is not particularly sympathetic to the confederate cause, the question remains – do new sentiments warrant the renaming of a building celebrating the region’s history? This is the primary question raised by critics of the Vanderbilt’s decision. How far will Vanderbilt go to rid its campus of the legacy of plantation slavery?

To answer this question, we must look to the university’s founding in order to understand just how deeply entrenched the legacy of slavery is at Vanderbilt. In 1873, eight years after the Civil War, Cornelius Vanderbilt, a railroad tycoon from New York, met Holland Nimmons McTyeire, a Methodist bishop from the Nashville area. An in-law of Vanderbilt’s, McTyeire had planned to build a university in middle Tennessee to foster education and development in the region. All was going according to plan until the bishop became very ill and travelled to New York for medical attention.

McTyeire spent time at Vanderbilt’s New York mansion recovering from his illness, and by the end of his stay he had impressed the Commodore enough to secure a one million dollar donation for his university. Vanderbilt University was named in the businessman’s honor, and a dormitory on campus – McTyeire Hall – was named in honor of the bishop himself. He is now buried on Vanderbilt’s campus, in between Calhoun Hall and the Divinity School.

The Commodore’s donation to McTyeire was hailed by many to be a sort of “olive branch” to the South following the Civil War. During the war, Vanderbilt had been an ardent supporter of the Union army, going so far as to donate a steamship, the Vanderbilt, to the Union to fight naval battles against the Confederacy. This, combined with the fact that he was not a particularly charitable man, makes it difficult to believe that he would donate so much money for a private school in the South, especially one that he would never visit in his lifetime. One reason for the donation could have been Vanderbilt’s young, Southern wife, Frank Armstrong Crawford. Another could be that Vanderbilt developed a propensity for charity in the final years of his life.

Yet, a debate about erasing the history of the Confederacy on Vanderbilt’s campus continues today. This university was supposed to heal the wounds between the north and south caused by the Civil War, but its location in the south made it a hotbed for Confederate artifacts. Memorial Hall is not the only building on campus that serves as a reminder of Vanderbilt’s legacy of slavery.

Vanderbilt University has a legacy of Southern pride through its early donors and land acquisitions. Although Cornelius Vanderbilt originally supported the Union, it was Frank Armstrong Crawford Vanderbilt, the Commodore’s wife and a Confederate sympathizer, who supposedly convinced him to donate money for the founding of Vanderbilt University. The university named Crawford House, on the Martha Rivers Ingram Commons, in her honor.

Old Central, better known as the residential home attached to Vanderbilt’s Benson Hall, was originally the home of Henry Foote, an elected representative from Tennessee in the Confederate Congress. Moreover, Foote’s controversial past does not end with his support of a racist government and institution. He was also an anti-semite who, when discussing where the Confederate capital should be located after the Civil War, proposed an amendment that no Jew be allowed within twelve miles of the city.

Vanderbilt’s troubled history with the Foote family extends back many generations. The property to the North and East of the present-day Sarratt Student Center originally belonged to John Boyd, the father of Foote’s wife, Rachel. Boyd served in the Texas Senate during the 1860s, where he supported secession and believed in the Confederate States of America.

Although these are just a few connections to the Confederacy, we believe that, upon further inspection, more instances will arise. This raises the question of what, if anything, makes “Confederate Memorial” uniquely problematic. Is it simply the name’s blunt nature? If anything, officially changing Confederate Memorial Hall’s name is not enough to absolve Vanderbilt of it’s charged history, nor do we think that it is possible to do so.

The reality is that Vanderbilt was founded at a time and in a place where opinions were split, and many supporters of the Confederacy have since fallen on the wrong side of history. How, as a university, should we draw the line between a necessary change and an antiquated, but benign reflection of times past? To clarify, we do not argue here that Vanderbilt should not have renamed Confederate Memorial Hall. Rather, we ask for a paradigm and open dialogue about Vanderbilt’s history.

During our research, for example, it was shockingly difficult to find information on Frank Armstrong Crawford’s stance on the Civil War on the Vanderbilt website or in Vanderbilt archives, yet other sources plainly cited her dedication to the Confederate cause. Nobody expects this university or any other to have a perfect past. Times and social norms change, and history exists partly to remind us both of how far we have come as a society. It also, however, shows us how far we have left to go, and we believe that as students we deserve a stronger acknowledgement of Vanderbilt’s past and a clearer portrait of Vanderbilt’s history, blemishes and all.