Why I Left the GOP 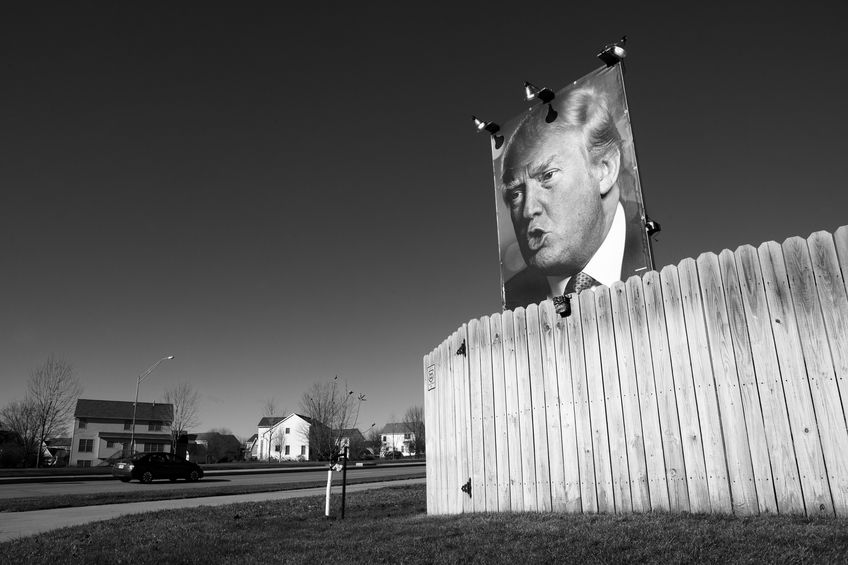 By now, the entire world knows what Donald Trump said on an Access Hollywood bus in 2005. Prominent Republicans nearly trampled each other trying to be the quickest to withdraw their support. Polls conducted over the past week indicate that female GOP voters are similarly abandoning him in droves. I am not among them—because I already left the GOP.

On July 25th, I resigned my position on the Vanderbilt College Republicans’ executive board, which has endorsed Donald Trump, and left the Republican Party. I did so because the party I believed in died with the nomination of Donald Trump. By supporting Trump’s candidacy, the GOP has embraced a noxious brand of populism and condoned Trump’s prejudicial attitudes, his inexcusable insults to those who serve our nation, his senseless bullying of the less-powerful, and a crass and craven conduct unbecoming of even the average citizen. The party has foregone any interest in policy and contorted its ideology to fit that of a man who has selectively adopted the worst and rejected the best of Republican ideas. I cannot in good conscience support the Republican Party that has abandoned its principles to nominate an egregiously unqualified man for the presidency of the United States.

Often lost in the debate on Trump’s character—or lack thereof—has been discussion of his lack of policy knowledge. To give credit where credit is due, Trump has achieved an impressive feat: he has managed to almost entirely eschew considerations of policy, centering his campaign around a handful of vague, unmanageable, and ill-conceived ideas. He argues for a border wall and mass deportation of eleven million illegal immigrants, despite the logistic impossibilities of both. He touts a ban on Muslim immigration that is unworkable, morally indefensible, and strategically ill-advised. He is running as a Republican yet resolutely rejects free trade and refuses to address untenable entitlement spending. Most ludicrously, he claims to have a secret plan to defeat ISIS, but refuses to actually detail any strategies for doing so.

It is less shocking that so many Republicans rebuked their nominee weeks from Election Day than it is that they tolerated him this long.

Given his struggles with policy—of which these examples are just a sampling—it is no surprise that Trump frequently contradicts himself on his supposed major policy positions. Indeed, he seems unfamiliar with the basic workings of American government. His beliefs that judges “sign” bills and that the Constitution has twelve articles do not exactly inspire confidence. This is all the more concerning considering Trump’s business career—his supposed qualifications for the presidency—is replete with failures and bankruptcies that leave him with no competencies to run on. Running as a brilliant businessman—and as the nominee of the pro-business party—is a bold move when economists project your economic plan would cause a recession, add more than $10 trillion to the national debt, and cost the economy 3.5 million jobs.

Trump’s lack of knowledge alone should be disqualifying. Even if Trump were merely an unknowledgeable candidate, voters should hold the Republican Party accountable for nominating a political simpleton to a job that requires understanding of the world’s most complex issues. But Trump is not merely an unknowledgeable candidate. The case against him—and the party that has supported his candidacy—cannot end with policy. He is also morally and temperamentally unfit to hold office. Time and again, Trump’s behavior has proven that he is incapable of dignity or of understanding the moral implications of his actions—and therefore incapable of sound leadership.

Republicans knew this long before the Access Hollywood video surfaced and multiple women accused Trump of sexual assault. The GOP nominee has behaved like a child on the national stage, devoid of personal restraint or inhibition, unstable and self-obsessed. He lies with no shame, even when presented with incontrovertible evidence. He has normalized vulgarity and flouted norms of civility and basic human decency in American political discourse and has openly delighted in doing so. His rhetoric has proven that he lacks respect and human empathy for broad swaths of the American population—African Americans, Hispanics, women, Jews, Muslims, the disabled—though not, of course, white supremacists and anti-Semites. He belittles the sacrifices of those who have courageously served in our military and advocates that the United States commit war crimes. He routinely expresses admiration for brutal autocrats, including Vladimir Putin and Saddam Hussein. And now he defends boasting about sexually assaulting women as “locker room talk.”

A Trump presidency would change the country—but it would do so much in the same way swallowing a cyanide pill will change your life.

Trump has done all of this as the standard-bearer of the Republican Party. It is less shocking that so many Republicans rebuked their nominee weeks from Election Day than it is that they tolerated him this long. Trump has been obviously and dangerously unqualified for the presidency of the United States since the day he announced his candidacy. Republican leaders know this. They know that Trump is neither Republican nor ideologically conservative. And yet, they have continued to rhetorically and tangibly support his candidacy. Only they know whether they have done so out of an asinine belief in party loyalty or out of a belief that Trump, if elected, will defer to congressional Republicans on policy. Regardless, the result is the same; they have endangered the country, debased themselves, and destroyed their party.

Some Never Trump Republicans will argue that Trump has not permanently altered the party, that it can return to its conventional ideology after the election, and that, therefore, voters like me should remain in the party. I sympathize with their plight, but this argument is specious. If Trump wins, the party faces four years of a “Trumplican” presidency, and it is inconceivable that GOP ideology would not be altered. If Trump loses, he will still have warped party ideology and empowered the far-right. Republican leaders will still have forfeited their political and moral credibility, having spent the better part of a year defending Trump’s behavior. A defeated Trump would still enjoy a cult of personality and the support of a rabid following devoted to him. Most importantly, even if Trump’s candidacy had no lasting effect on party ideology, the GOP would still be a party run by those who condoned, capitulated to, and in the party’s worst circles, openly embraced the candidacy of a man patently unqualified for the presidency simply because he was willing to call himself a Republican.

On the other side, Trump accommodators will argue that I have a duty to support Trump because he is the Republican nominee and at least, in their view, superior to Hillary Clinton. But one has to prove they are qualified to be a candidate at all before arguing they are the superior choice, and Trump has failed to prove that he would be anything but dangerous inside the Oval Office. I do not have an obligation to remain in a party that has abandoned its ideological and moral principles. At best, the Republican Party has nominated a blustering blowhard, the crazy uncle at the dinner table, for the presidency. At worst, it has supported an amoral authoritarian who leverages social resentment and truly believes that “I alone can fix it.”

Thus, the sole remaining argument in favor of Trump’s candidacy is that he would bring change to our political system. Of that, to be fair, I have no doubt. A Trump presidency would change the country—but it would do so much in the same way swallowing a cyanide pill will change your life. If you need any more evidence, look no further than the former Party of Lincoln.