Far Right Calls for a Return to the Articles of Confederation 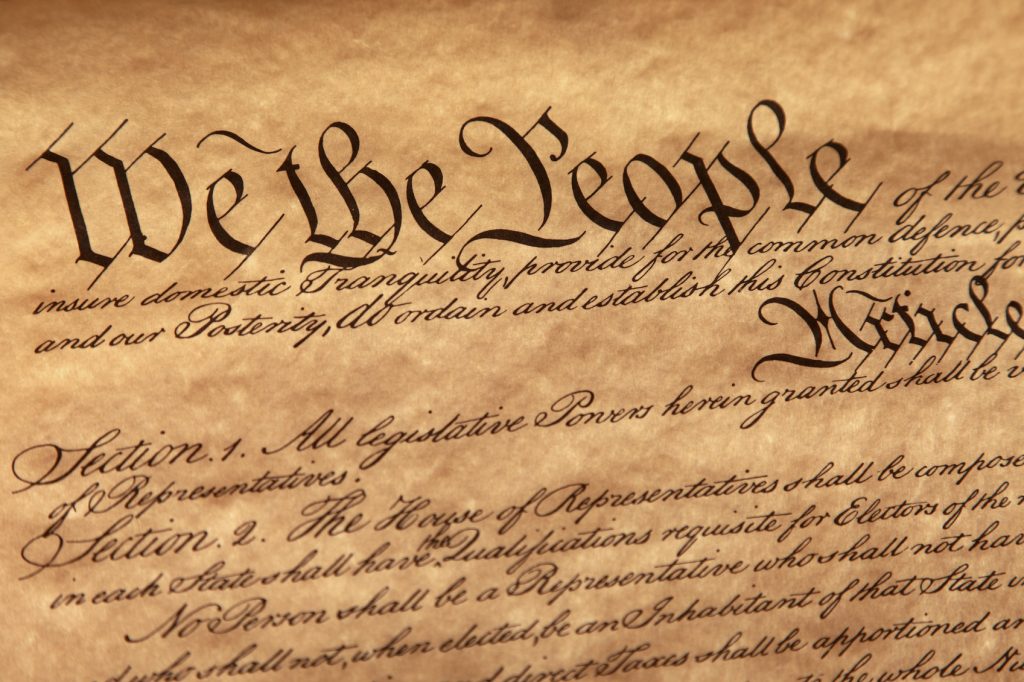 An egregious violation of state rights

Congressman Smith from Tennessee’s 10th Congressional District has stuck to his campaign promise of “returning America back to the good old days” with the Articles of Confederation, announcing plans to abolish the US constitution in the coming months. “Transgenders in my bathrooms! Free abortions! Political correctness! What’s going on with this world?” said Smith, a rising star of the far right in the Republican Party. “It’s so unfortunate that this obscene liberal agenda has gained steam in recent years.” As a member of the Freedom Caucus, he ran on the platform to ensure that the “corporate elitist know-it-alls” of Washington were failing to represent the needs of their constituents. After initially gaining national coverage for his dramatic fourteen-hour filibuster of a bill that would have removed unnecessary restrictions on abortion clinics, such as specifications for corridor widths, Smith has become a central figure of the far right of the Republican Party.

The Congressman plans to return America’s “deviant path” back onto the right course have been hailed by his supporters as representing “[America’s] true values and policies.” “When I took a moment to look back at the various laws that have been passed in recent years, I had to go further and further back to find a period of history when we were truly American [emphasis his].” Congressman Smith cited social progressions like treatment of LGBTQIA individuals and economic reforms giving “free handouts to the takers of our society” as laws he felt were “utterly un-American.” After a brief period of research, Smith asserted that he will aim to “return America to the Articles of Confederation.” “This was a time of freedom, of truly American levels of freedom,” stated Smith. “Instituting the Articles of Confederation in place of our current Constitution would make sure our government would decrease to a minimal size and ensure states rights were at the top of our government. Ever since 1788 the government is always in my business. Get those government hands out of my life!”

VPR asked for a specific strategy on how he plans to abolish the US Constitution, but he declined to reveal any information, saying, “not to worry” and that “he had it all figured out.” To his critics, who accuse him of having “no understanding of how the law actually works” and “absolutely no political experience,” he highlights the rise of Trump’s presidential campaign. “The fact Trump is resonating with so many people is because they truly want to return to the good old days. They want to make America Great Again. And I believe a return to the Articles of Confederation will do just that.”