The Importance of the Jewish Vote 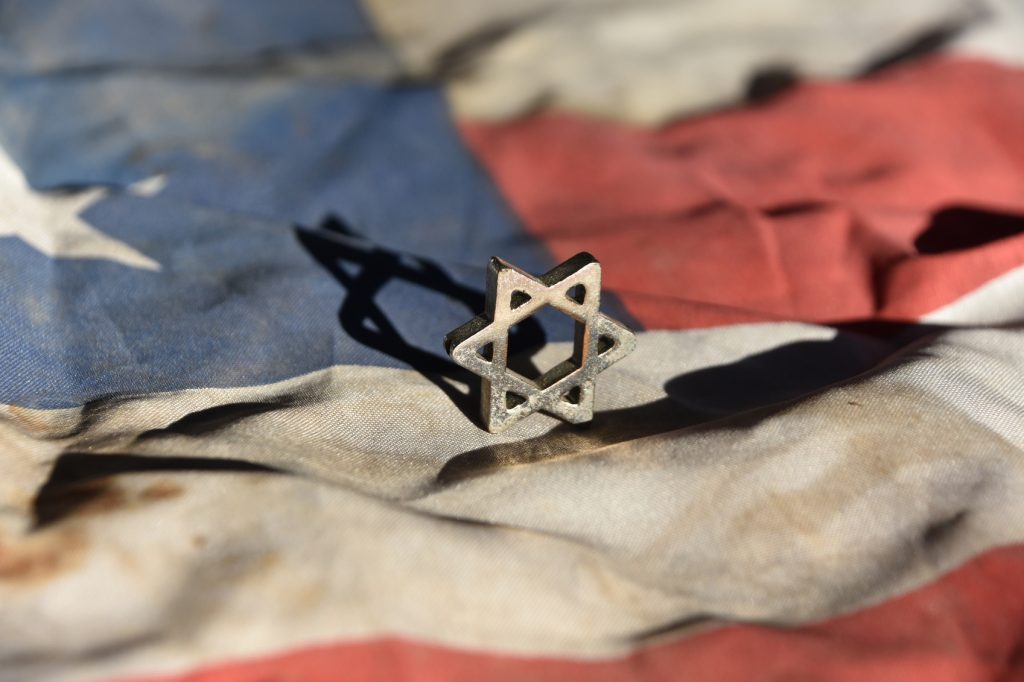 On May 10, 1960, John F. Kennedy, for the first time, faced serious opposition in a Democratic primary.  The race had turned to West Virginia, where the Kennedy campaign felt optimistic based on polling done months prior that showed him with a forty-point lead. However, polling a few weeks before the primary found Kennedy down by nearly 20 points. The Kennedy campaign asked county leaders why such shift had occurred, and one replied, “No one knew you were a Catholic.” With much campaigning alongside Franklin Roosevelt, Jr. and a promise to uphold a separation between church and state, Kennedy won 60% of the vote in the largely Protestant state.

In America, religious beliefs have always influenced political beliefs. In the voting booth, voters try to find the candidate that best encompasses their moral and policy preferences. The characters of the 2016 election have led to a wide array of responses from the American Jewish community, in particular.

Jews are about two percent of the American population, yet “more than one million eligible Jewish voters also live in 11 battleground states: Colorado, Florida, Iowa, Michigan, Nevada, New Hampshire, North Carolina, Ohio, Pennsylvania, Virginia and Wisconsin.” With a turnout rate of about 80%, Jews play an important role in understanding all of the different nuances of the 2016 election. In 2008 and 2012 about 70% of Jewish voters and 70% of donations from Jews supported President Obama. Vanderbilt Associate Professor Shaul Kelner of the Sociology and Jewish Studies Departments says that expecting “continuity” in the Jewish vote would have been the most reasonable expectation during the GOP primaries.

Within the Jewish faith, there are many subsets. In terms of voting patterns, as Professor Kelner noted, “Jews are splitting on religious lines— orthodox and non-orthodox.” Orthodox Jews tend to be more conservative which has long made them consistent supporters of the Republican Party. Non-Orthodox and Reform communities tend to be more liberal.  Along ethnic lines, Russian Jews have reliably voted Republican, and Professor Kelner wonders if Donald Trump’s cozier than usual rhetoric towards Vladimir Putin will be enough to push a sizeable percentage of Russian-speaking Jews towards Secretary Clinton. In Brighton Beach, New York, most of the residents are Russian Jews. According to Haaretz, Israel’s oldest daily newspaper, Brighton residents are not overly concerned about Trump’s relationship with Putin or Russia’s hacking of election servers. “Instead, they say they’re worried about their financial security and that the Democrats’ welfare policies will mean high taxes that will be invested in other groups.” Though aware of Trump’s shortcomings, many Russian Jews are willing to put their policy concerns over moral beliefs and support the GOP nominee.

Many stalwarts of Jewish conservative thinking have come out as leaders of the Never Trump movement. These Jewish leaders “in conservative intelligentsia” are ones who “take conservative ideas seriously,” Professor Kelner said. Many of these leaders, such as Bill Kristol and John Podhoretz, have been targeted with anti-Semitism, particularly over social media. Professor Allison Schachter, program director for the Jewish Studies major, noted that the Trump campaign has legitimized a cohort of white nationalists. When Bill Kristol, founder of the Weekly Standard and chief of staff to Vice President Dan Quayle, sought to find a third party candidate willing to run against Trump, Breitbart.com ran a story labeling Kristol a “Renegade Jew.” Since coming out against Trump, John Podhoretz, former speechwriter for Ronald Reagan and George HW Bush, received many insults from “literally neo-Nazi White supremacists, all anonymous.”

Last week, in our very own backyard, Tennessee state Senate candidate, Erin Coleman, an orthodox Jew, had her face photo-shopped onto one of her rival’s campaign mailers. In the postcard, Coleman is labeled as “crony cash” Coleman and is featured running away with a bag of money. This past Saturday, during a Trump rally in Phoenix, one of his supporters, as the crowd chanted “USA,” turned to the media cameras and started chanting “Jew S A.”

However, on election day, the Jewish vote will likely remain consistent. A mid-September poll by the American Jewish Committee had Hillary up 61% to 19% over Trump with nearly 20% of the population voting third party or still undecided. It appears that despite noteworthy displays of anti-Semitism and starkly differing views between the two candidates regarding minority religious populations, the Jewish vote is not too different from previous elections. As another Haaretz article states, “to understand why some American Jews seem ready to vote for Trump, one need not resort to sophisticated reasoning or special explanations—be they about cultural values, personality, Israel, anti-Semitism or other issues. Rather, American Jews seem ready to repeat patterns of earlier elections and to vote their political identities as they have sorted neatly in the past decade.”

Although current polls don’t show a dramatic shift in Jewish voter preference, this does not suggest that the 2016 campaign has been bereft of certain issues that have uniquely affected Jewish voters. Going into the primary season, Republicans tried to make inroads with Jewish voters by emphasizing the Iran Nuclear Deal—a deal that some foreign policy leaders and pundits think may jeopardize Israel’s safety. Professor Schachter noted that Israel is a central issue in campaigns for many Jewish voters. In a similar manner, Professor Kelner said, “Jewish Republicans tend to be fiscally conservative, foreign policy hawks, socially liberal, and Jewishly conscious.”

Though the rise of anti-Semitic rants, tweets, or memes may not directly affect vote margins for Trump, it “may confirm that there is something fundamentally dangerous about the candidacy,” Professor Kelner noted. As one of the many means through which Americans make their voting choices, religious background will indeed play some role on Tuesday.