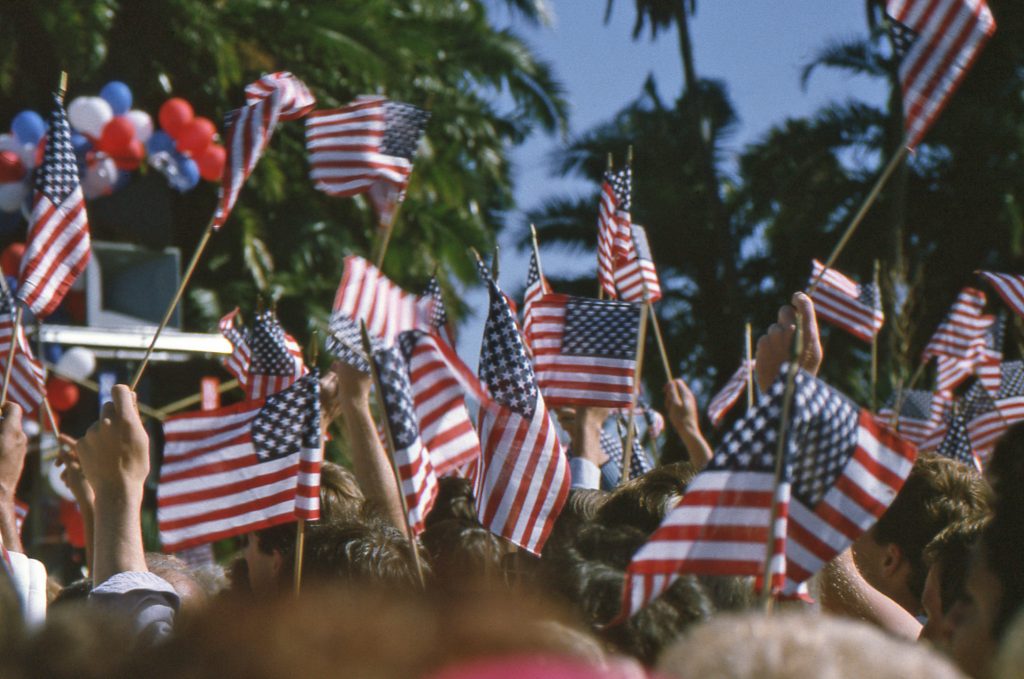 To begin, the options in this election were evil and even greater evil. Hillary Clinton has never been a friend to the Muslim community, supporting warrantless wiretapping at home and the slaughter of innocent civilians abroad, as exemplified in Clinton’s support for the war in Iraq and Israel’s bombing and perpetual land, sea, and air blockade of the Gaza Strip.

But Donald Trump was an even greater evil than Clinton, an individual so well-versed in militarism and the violation of civil liberties. Despite her hawkish, authoritarian tendencies, Hillary Clinton never sought to antagonize Muslims by engaging in blatant xenophobia against them. On the other hand, Donald Trump did, notoriously calling for the killing of noncombatants in the Muslim world, supporting a ban on Muslim immigration to the United States, and claiming that “Islam hates us.”

The central issue in Donald Trump’s statement is that it postulates that Islam is somehow not a part of “us,” referring to our nation. Anybody with even a speck of knowledge of America knows that Muslims and Islam are most definitely a part of “us.” From Muslim slaves kidnapped and brought to the Americas such as Kunte Kinte, who became the protagonist in Alex Haley’s novel Roots, to pillars of the civil rights movement such as Malcolm X and Muhammad Ali, to cultural icons such as DJ Khaled and Dave Chappelle, Trump’s notion that Muslims are somehow not an integral part of America is preposterous.
It is vital that we not let our fear drive us astray but that we instead use our fear to drive us towards one another.
Trump’s victory has struck fear into the hearts all of America’s most marginalized minority groups. In this time, allyship is vital. Solidarity between marginalized minority communities is no longer a choice; it is necessary to our survival. The vulnerable will suffer in the short term. But it is crucial that we see the bigger picture: that we can build an authentic anti-corporatist, anti-racist, anti-imperialist movement that ends the suffering of the vulnerable in the long term.

Instead of seeing Trump’s election as a defeat, we need to see it as a catalyst for building an authentic movement for social change. It is vital that we not let our fear drive us astray but that we instead let our fear drive us towards one another. To be an activist does not necessarily have to be a full-time job. The Civil Rights movement did not succeed because of Martin Luther King. It succeeded because of that mother of 3 children who decided that she was not going to ride the bus that day.

Let us students who may not be full-time activists take part in social movements that bring about social change. Set aside one day a month where you decide to put some dents in this oppressive system plagued by racism, militarism, and capitalism. Go tutor refugees. Attend a Black Lives Matter meeting. Go help a union organize. Help raise awareness about the ugly occupation of Palestine. Go help victims of wage theft get their wages back.

This panic after the election must be productive. Donald Trump will not define America. Those of us working to elevate the vulnerable will define America.

As Rumi wrote, “Suffering is a blessing…The wound is the place where the light enters you.” In the wound that is this upcoming Donald Trump presidency, let us organize a left-wing movement that can bring light to a nation plagued so much by hatred.