The Hidden Voices of Vanderbilt 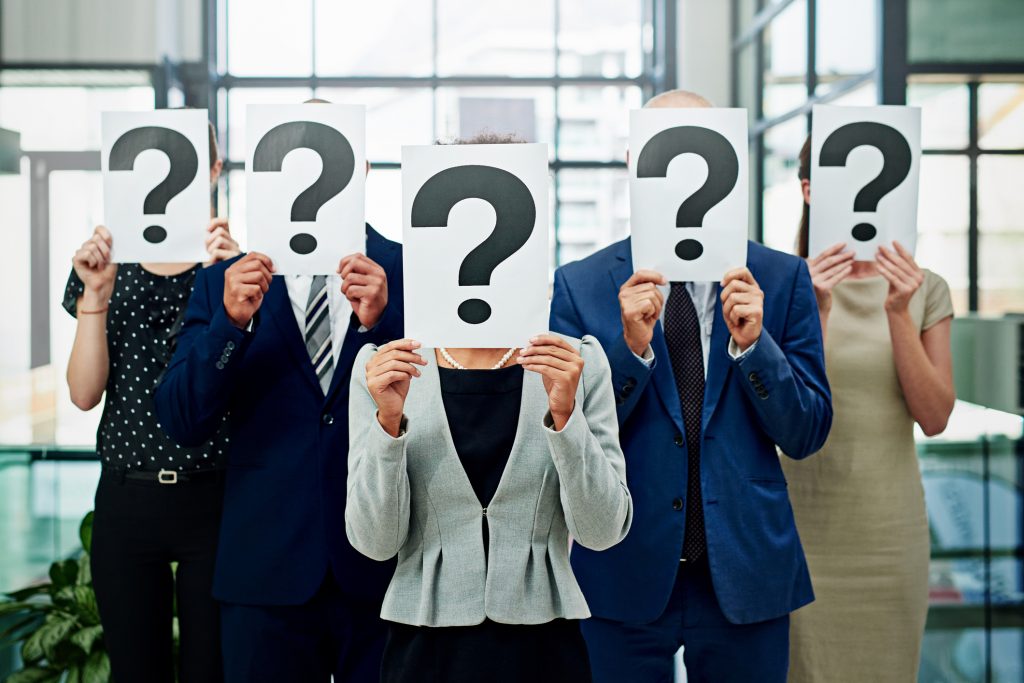 With the 2016 election finally behind us, some have hoped that the divisiveness that marked it would cease.  Unfortunately, as Donald Trump’s administration begins, we remain bitterly divided.  In the hopes of finding common ground between sides, I reached out to two members of the Vanderbilt community.  One is an ardent Trump supporter; the other worked for the Clinton campaign.  Both were generous enough to provide their thoughts.  I present these heartfelt testimonies to all of you all so that we may understand one another better.

I first met with the one person on Vanderbilt’s campus who voted for Donald Trump.  He had the following words to say:

“Look, the results came in loud and clear: the election was a total landslide!  In fact, it was a Trumpslide!  We haven’t seen such a huge blowout in a presidential election in four whole years.  And have you seen how many more counties Trump won?  Almost the whole map is red!  Clinton was only able to win little blue patches where people actually live.  Trump won everywhere else.  And stop complaining about the Electoral College.  The Founding Fathers knew it was important that our leaders not ignore the small states!  They need to make false promises to every corner of the country!

“To be honest, I wasn’t on the Trump Train at first.  I was actually a supporter of Lyin’ Ted Cruz.  I was really conservative.  Granted, Trump didn’t agree with conservatives about trade policy.  Or health care.  Or the Iraq War.  Or entitlement reform.  But otherwise, he completely represented my values.  And we had to go with Trump, because the Republicans have done nothing since getting control of Congress.  And that’s because there’s absolutely NO difference between the two parties!

“Now, some globalists keep telling me that this is because the president has a ‘veto,’ that the Republicans were ‘still very effective in the state legislatures,’ and that ‘we operate in a political system where the legislature, despite being the sole branch of government that makes laws, is almost always tied to the whim of the presidency, thus resulting in a perverse arrangement where political stasis is almost always the best case scenario for the party not occupying the White House no matter the composition of Congress.’  But they didn’t think Donald Trump would win, so clearly they know nothing about politics.

“Anyway, the point is, now my president isn’t some puppet.  He tells it like it is, and he still shares my values!  Or I share his values.  Whatever those are.  I don’t know.  No one knows.  But at least we’ll get a conservative Supreme Court!  And it’s imperative that we defend the twelve articles of the Constitution at all costs!

“The liberals’ response to Trump’s election has just been so dumb!  I mean, can you believe Kellogg stopped advertising on Breitbart?  Who do they think they are?!  In response, I’m not just boycotting Kellogg; I’m also staying away from every other company that refuses to advertise on Breitbart.com.  After all, Breitbart got the election results right.  That means they’re the only ones doing honest journalism!  They’re the next New York Times.

“Then there was the stunt at Hamilton with Mike Pence.  I’m never watching Hamilton again because of that. Or for the first time, for that matter!

“Even more elitist was Meryl Streep’s speech at the Golden Globes.  I love it when she said that if we kept out foreigners and outsiders, all we’d have for art are football and mixed martial arts.  Joke’s on her—we’d also have NASCAR.

“And why is everyone complaining about fake news?  Liberals are the ones who put forth fake news.  They all reported that Hillary was going to beat Trump by three points, when really she only won the popular vote by two points.  What liars!  Compared to that, Hillary Clinton running a child sex ring out of a pizza shop is dead on.

“In the meantime, the economy has improved so much the past couple of months.  It’s the weirdest thing, but the day after Trump was elected, I suddenly realized that the economy is getting better and better.  With all the deals he’s made to keep jobs in the country, Trump is hands down the best president-elect we’ve ever had!  He’s doing big things! Great things!  And, nuclear codes aside, how different is that job from the actual presidency, really?

“I also can’t believe Democrats are just now taking Putin seriously as a threat.  What about four years ago when they mocked Romney for calling Putin our greatest geopolitical threat?!  What hypocrites!!

“Bottom line, these special snowflakes should stop whining, accept the election results, and support our new president, just like us Republicans would have done for Hillary.”

After this, I spoke with one of the one hundred and seventy-three students who volunteered for the Clinton campaign.  This was his testimony:

“Ok, so I have already expressed my thoughts so beautifully on Facebook the night Trump got elected.  If you want to see it, it’s the one that’s seven paragraphs long and starts with “I’m literally shaking right now!!!”  I feel like that post just really put forth my feelings.  And it’s still relevant two months later because I have not, will not, and cannot change my mind about Donald Trump.  He is a bigot, and he needs to stop labeling people!

“Has anyone seen how deplorable this man is?  I mean, he got endorsed by the KKK for God’s sake.  That’s a big deal, because politicians can totally control who endorses them.  Sure, he disavowed them, but he took multiple hours to do that.  Besides, the last time David Duke spoke positively of a presidential candidate, it was Barack Obama in 2008.  That worked out great for race relations!

“Moreover, he’s so homophobic.  And by that, I mean his running mate is homophobic.  Sixteen years ago, Pence’s campaign website vaguely praised behavioral therapy.  This irrefutably demonstrates that Pence and Trump now want to electrocute all the gays.  And, given the infamously strong power bestowed upon the vice president, the electrodes will be forcibly rampant within a fortnight!

“Compared to Donald Trump, all Hillary did was delete some clandestine emails.  All she did was mismanage some emails.  She did some emails!  Just some emails!  Emails!  EMAILS!  That word is so innocuous without any context, so I’m going to repeat it to show that I don’t think it was a big deal.

“Everyone’s been saying that Hillary actually lost because she was a very weak candidate, but there’s one thing they haven’t mentioned: Hillary won more votes than any candidate in U.S. history other than Barack Obama (even after Stein’s recount!). This shows that the Electoral College is what unfairly blindsided Hillary with its well-established rules known to all beforehand.

“Things have gotten twenty times worse since his election.  Immediately after the election, there was a spike in hate crimes towards the vulnerable in our society, many of which haven’t even been disproven! Plus, these can be so easily linked to Trump.  The perpetrators often shout or write Trump’s name as they commit these heinous acts, and the acts always target groups that Trump hates.  Remember when Trump mocked a disabled reporter?  Well, a special needs person was kidnapped by four Chicagoans and tortured live on Facebook.  That’s the sort of cruelty that Trump is spreading.

“Plus, this fake news is such a problem.  Why would people even trust outlets like Breitbart and Info Wars when they can get their news from more reputable sources like Vox and Buzzfeed?!  Speaking of Buzzfeed, I’m glad they told me that Trump gets golden showers, and I believe it because I really want to.  Now, some hacks have said that publishing such an over-the-top unverified source is journalistic malpractice.  But this is happening to Donald Trump!  This man perpetuated the lie that President Obama was born in Kenya!  So I’m not even mad about this.  I mean, Republicans were not outraged about the lies told about Obama, but now they’re mad about lies being told about Trump?  To be mad at something when it affects your party but condone it when it affects the opposing party is just so hypocritical.  So the Republicans are such hypocrites, and that’s why I’m not mad that this is happening to them.

“And I can’t believe Republicans aren’t taking Putin seriously as a threat.  What happened to four years ago when Romney erroneously called Putin our greatest geopolitical threat?  What hypocrites!

“But at least there have been some people courageous enough to step forward.  Like Meryl Streep.  And the cast of Hamilton.  And every single late night comedian.  And all the celebrities who refused to perform at Trump’s inauguration in order to stop another Holocaust.  I mean, who would have thought that so many people would exhibit the only culturally acceptable position for them to take?

“But, in the end, it’s us that matter.  If you’ve ever wondered what it would be like to live under Hitler or Mussolini or Voldemort or Darth Vader or the town elders from Footloose, now’s the time to find out.  We will be allies.  We will be patriots.  We will be so hysterical and relentlessly partisan that Trump will never get anything done.  Because, unlike the obstructionist Republicans, we are open minded and do not endorse the status quo.”

Thank you to both of the people that shared their most heartfelt thoughts with me.  It’s dialogues like this that will hopefully mend the divisions on our campus and our country.