Can Extremists Be De-Radicalized? 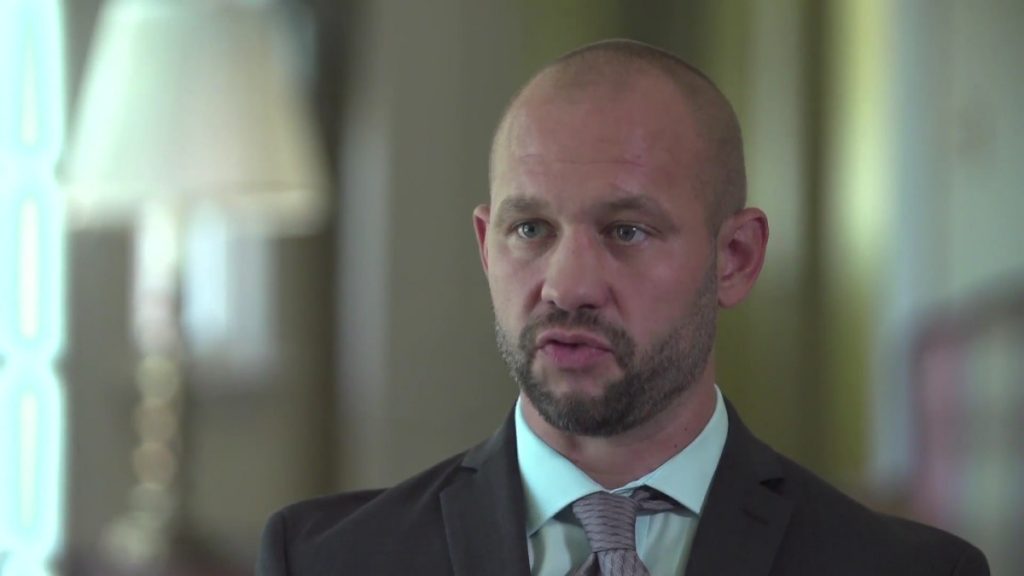 In August, the George Washington University hired Jesse Morton, a former Al Qaeda sympathizer. As a research fellow in the university’s program on Extremism, Morton now helps the university combat extremism in the West by devising strategies to counter the radicalization of individuals prone to commit acts of terrorism.

Born to a Caucasian family in Pennsylvania, Morton was the victim of child abuse from his mother. At 16, he ran away from home, and made a living by selling drugs. He was eventually caught by the police and sent to prison, where he met a Moroccan man who quickly befriended him. The man told him stories about the fall of the United States, and the rise of the Islamic State that would one day conquer the Middle East. Morton, who at this point had led a very troubled life, liked the idea of a new order in the world; he had been searching for a raison d’être, and this man had given him one. The man gave Morton a new name, Younus Abdullah Mohammed. When Morton left that prison, he was radicalized.

Morton enrolled in the Metropolitan College of New York, where he graduated as valedictorian in 2006. While earning his Master’s degree in international studies from Columbia University the year after, he began a radical website with two fellow extremists called Revolution Muslim. The purpose of this site was to feed jihadist propaganda to individuals on the verge of extremism. The website was under constant surveillance by the NYPD, but was protected under the First Amendment. Thus, Morton and other extremists promoted jihadist ideas for years and inspired many individuals to turn to terrorism.

Eventually, the police found enough evidence of individuals inciting violence to shut down the website and arrest several individuals associated with the site. Morton fled to Morocco but was captured by Moroccan authorities. The FBI took him back to the United States and imprisoned him. It was during his second prison stint that Morton claims he began to reverse his radicalization. He formed relationships with FBI agents and ultimately became an informant for them. He helped the agency track down extremists as well as those on the verge of extremism. Because of this, his sentence was commuted from 11 years to three years, and he continued to help the FBI until his cover was blown by the Washington Post. Morton left the FBI and was hired by George Washington University, where he works now. He is still a practicing Muslim.

For obvious reasons, Morton’s story has garnered much media attention, and has raised numerous questions about the nature of extremism, American ethical principles, and who America’s enemies are. Can extremists really be de-radicalized? Should Morton still be in prison for his actions? How concerned should we be about radicalization on American soil?

In order to discuss some of these questions, I sat down with Assistant Professor Katherine Carroll from Vanderbilt’s political science department. Carroll has spent time in Iraq working as a social scientist for the US Army, where she helped the armed forces gain knowledge about the cultural and political framework of the nation. At Vanderbilt, she teaches classes on political Islam, the Iraq War, and middle-eastern politics.

The radicalization of individuals on American soil is not a novel concept, even though the mass media tends to depict terrorists as cave-dwelling foreigners, as seen in Iron Man and American Sniper. Terrorist organizations such as the Islamic State have used online recruitment strategies to connect with extremists across the world. This includes potential extremists in the United States as well. According to Carroll, “Muslims watch Fox News too, and when they feel rejected by this culture, it plays into the narrative that the east and west are at odds with one another, and that is also the narrative of radical Islamists.” The end goal of terrorist organizations is to inspire fear in the hope that it will divide and ultimately destroy western powers. They benefit from American Muslims feeling isolated and rejected by the powers that be. In Carroll’s words, “There is a tradition in terrorist strategy of provocation, and one of the reasons that groups commit terrorist acts is to provoke a larger power into retaliating with massive force in a way that will drive a population into the arms of a terrorist group.”

Overwhelming evidence indicates that the vast majority of Muslims worldwide reject extremism and terrorism. There has been a trend in political rhetoric, particularly associated with the Trump movement, that demonizes the entire faith for the actions of a few and that is often based on sweeping generalizations and outright lies.

Islamophobia has been on the rise since the attacks of September 11, 2001. According to a recent Gallup poll, 48% of American Muslims claim to have experienced discrimination in their lives, more than any other religious group. This Islamophobia has manifested itself in a President-elect that makes blanket statements such as “Islam hates us.” The divisiveness and blatant prejudice that has permeated American politics poses a great danger to the peace within our borders. When I asked Carroll about Trump’s potential effect on terrorism in the US, she responded, “I think he’ll trigger people who are inclined to become upset, to the point of being violent.” She admits that this is a worst-case, “glass-half-empty” scenario. Of course, we hope that this is not the case, but it is worthwhile to think about how divisive rhetoric might affect those few individuals who are on the verge of extremism. In an era where our President has responded to the threat of terror by demonizing the world’s second largest religion, George Washington University is taking a step towards gaining a more nuanced understanding of the psychology behind terrorism in order to more effectively combat terrorism. Whether or not this is a good idea remains up for debate, but regardless, it behooves us to end the black and white thinking that plagues political dialogue today.