Google vs. AT&T: A Battle for Nashville 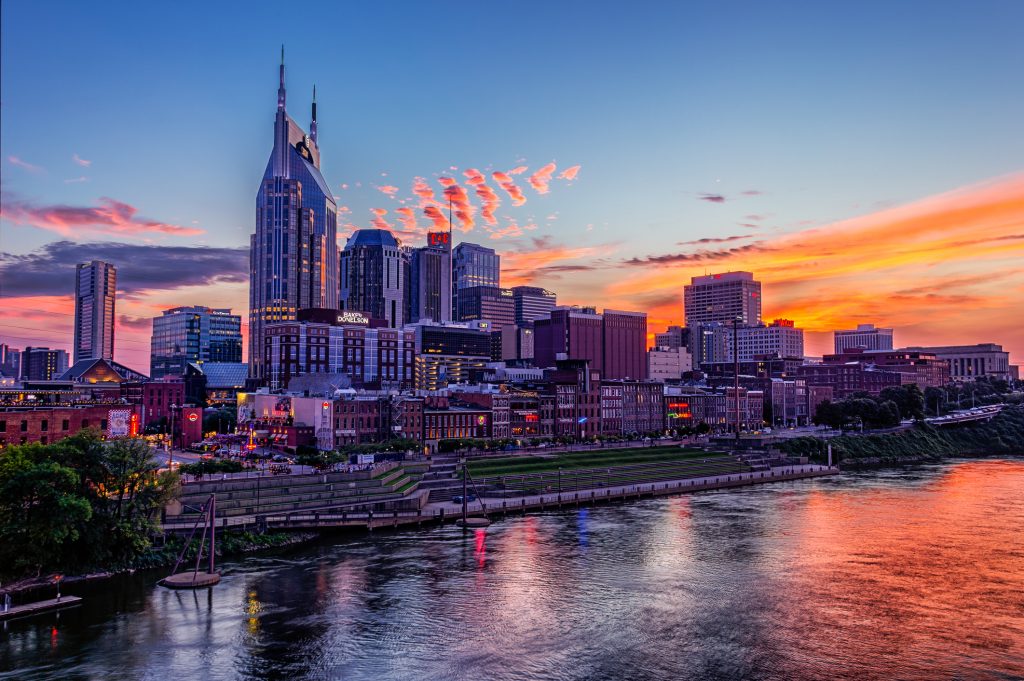 On September 22nd, telecommunications conglomerate AT&T sued the Nashville government. The lawsuit arrived one day after Mayor Megan Barry signed the “One Touch Make Ready” ordinance into law, which allows contractors to install new broadband lines on utility poles and to move existing lines, regardless of ownership, to accommodate new ones. Only owners of the existing lines could move them under previous law.

AT&T views the ordinance as a violation of property, arguing that One Touch violates Federal Communications Commission regulations. One Touch supporters contend that the old municipal regulations limited competition and prevented new Internet service providers (ISPs), such as the much-hyped Google Fiber, from establishing themselves. A One Touch law allows any new ISP to install itself much faster than it otherwise could.

Alphabet, Google’s parent company, introduced Google Fiber in 2010. Advertised as “ultra-high-speed” Internet, Google Fiber challenged existing ISPs which were often criticized for providing poor service due to a lack of competition. What began as an experiment in the Stanford area soon became a full-scale operation; the installation of high-speed broadband in Kansas City in 2011 prompted further installations in other mid-sized cities such as Austin, Charlotte, and Salt Lake City.

Shortly after Google Fiber’s arrival in these cities, AT&T, Comcast, and other ISPs scrambled to improve their own fiber optics and gigabit networks. Comcast customers of Charlotte saw six times faster internet speeds following Google Fiber’s announcement to set up operations in the city. In Kansas City, AT&T started offering a service matching Google Fiber in both price and speed in 2015. The improvement of existing internet speeds and service following the arrival of ISP competition has been termed the “Google Fiber Effect.”

Established ISPs argue that One Touch laws carry many complications and do not exist purely as a barrier for competition. In its lawsuit against Nashville, AT&T attests that even if one wire is handled incorrectly, it can cause service disruptions for thousands (including emergency services), cost the company more than $75,000 in personal injury lawsuits and property damage, as well as invoke the cost of replacing any damaged wires—which also amounts to around $75,000. Additionally, AT&T cites a 1958 contract with the Nashville government that states its power to “place, maintain, rearrange, transfer and remove its own attachments” on poles.

The fears over faulty contractor work are warranted. Since last August, fiber related work in Nashville has caused 71 water main breaks and over $250,000 in damages. In North Nashville, one Google Fiber contractor caused two breaks on the same water main within a period of nine days.

On October 20th, Comcast joined the legal battle. The company filed a similar suit, citing public safety, property damage, and the same FCC regulation as AT&T. Both argue that the Federal Communications Act authorized the FCC, not cities, to “regulate the rates, terms, and conditions for pole attachments.”

Louisville has been facing a nearly identical lawsuit filed by AT&T regarding a One Touch law since February. On October 31st, the FCC issued an official statement addressing the case. Under Congressional approval in 2010, Kentucky and nineteen other states opted out of FCC pole regulations in order to implement their own. The conclusion effectively ended AT&T’s claim of FCC regulation violations in Louisville.

Tennessee did not choose to opt out in 2010 so it is unclear whether the FCC’s statement will carry similar consequences in the Nashville case. The FCC however, did clarify that One Touch laws are compatible with its goals as an organization. According to the Telecommunications Act of 1996, Congress employed the FCC to “encourage the deployment on a reasonable and timely basis of advanced telecommunications capability to all Americans” and, if this goal is not being met, to “take immediate action to accelerate the deployment of such capability by removing barriers to infrastructure investment and by promoting competition in the telecommunications market.” Metro Nashville has moved to dismiss both cases since the FCC statement.

In the midst of its lawsuits, Alphabet announced that it would halt expansion of its Google Fiber division. Although it will continue operations in the eight cities it has already established itself in (including Nashville), no additional cities will be pursued. Reports claim that the project was unable to achieve financial goals and has thus decided to scale down.

Although the Nashville lawsuits are still in limbo, it is likely that Google Fiber will inevitably be deployed across the city. As Vanderbilt University operates independently from main telecommunications conglomerates, students should not see any directly related differences in on-campus speeds. However, if the Google Fiber Effect is true, those living off campus and those who plan to stay in Nashville post-graduation may very well see vast improvements in service quality in the near future.