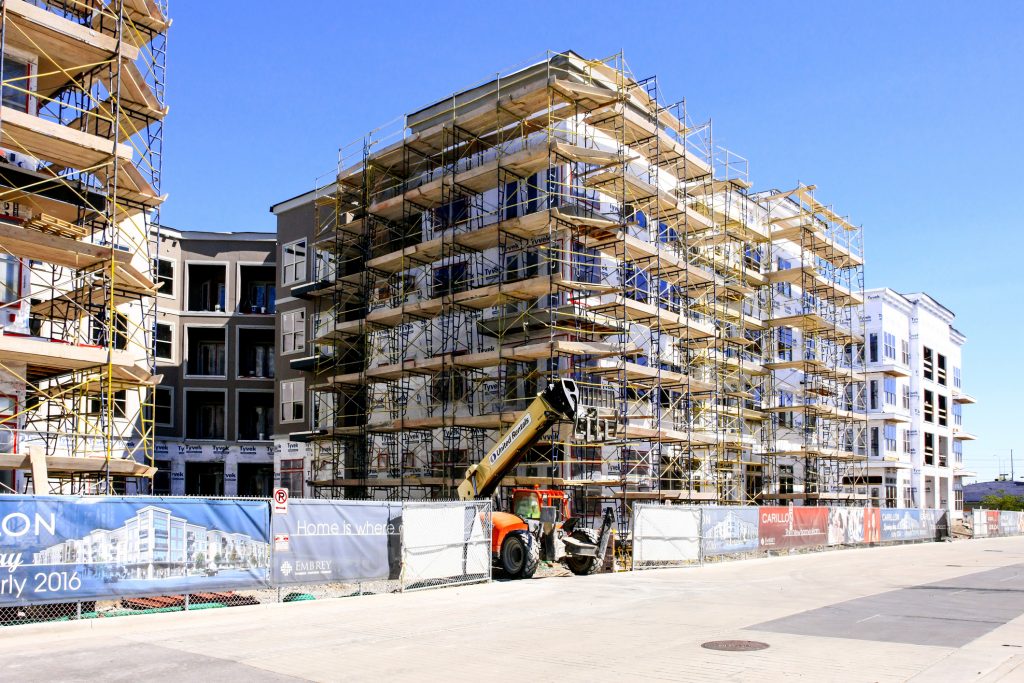 Nashville, TN, USA - April 9, 2016: Scaffolding around a new apartment complex in the booming city of Nashville in Tennessee

Luxury apartments such as Aertson and The Dallas offer perfect off-campus housing for Vanderbilt upperclassmen. Aertson, a new apartment complex being built near campus, has all the amenities a Vanderbilt student or young professional could ever want or need, including a pool, rooftop terrace, and dog park. However, apartment complexes like Aertson contribute to an affordable housing crisis in Nashville, as they are built at the expense of more reasonably priced apartments.

According to Dr. James Fraser of the Human and Organizational Development Department at Peabody College, the housing crisis began in 2010 when more affluent people began to move into the city to live closer to their jobs and to Nashville’s vibrant downtown. Real estate developers recognized the demand for more high-income housing and swooped in. They stopped developing and maintaining lower income housing, since high-income housing is obviously more profitable. Housing prices and rent skyrocketed, and people were priced out of their homes as higher-income residents moved into the city center.

The problem is exacerbated by stagnant salaries. In order to create more jobs, Mayor Megan Barry has partnered with the Chamber of Commerce to implement the Partnership 2020 plan. This plan seeks to draw more companies into the city over the next four years. However, as the city grows in population and economic opportunity, some residents will be left behind. These people will be hurt by a partnership meant to create more jobs as housing prices continue to soar, while their salaries remain stagnant. According to Bloomberg news, one in four renters in Nashville spends 50% or more of their monthly income on rent as of 2016.

Dr. Fraser, along with graduate students in Peabody College, created a report used by Mayor Barry to tackle this housing crisis.  The study highlighted how a single person earning $46,000 a year has trouble finding housing in Nashville in which they pay less than 30% of their income; this affects many professionals, from nurses to teachers. One recommendation from the report taken up by Mayor Barry’s council is to budget more money into the Barnes Housing Trust Fund. Grants given by this fund help to support the development of more affordable housing by covering the losses of real estate developers when they build affordable housing complexes below market value.

One additional recommendation from Dr. Fraser’s report is to develop a community land trust. This project is also being discussed by Mayor Megan Barry and the Metro Council. The community land trust would allow people to rent or build structures on land owned by an independent organization. It would target individuals who have trouble finding affordable housing in the city or who need help financing a down payment on a house. When the homeowners sell the property, part of the revenue will go back into the community land trust to help other potential homeowners. While not currently in place, the project offers the opportunity to further invest in affordable housing.

While Dr. Fraser believes Mayor Barry and the Nashville Metro Council are trying to implement his recommendations and help citizens in need of more affordable housing, he acknowledges the difficulty in solving the problem. “Municipal governments are responsible for trying to increase their tax base,” says Fraser.  “And one way to do that is to get more affluent populations of people to move into the city… and then also provide services for our lower-income to moderate-income citizens, and I think that they are at the beginning of putting things together.”
It is a perplexing crisis, yet Mayor Barry and the Metro Council, with the help of Vanderbilt research, are addressing the problem and coming closer to expanding affordable housing for those in need.