What Does The VSG President Do? 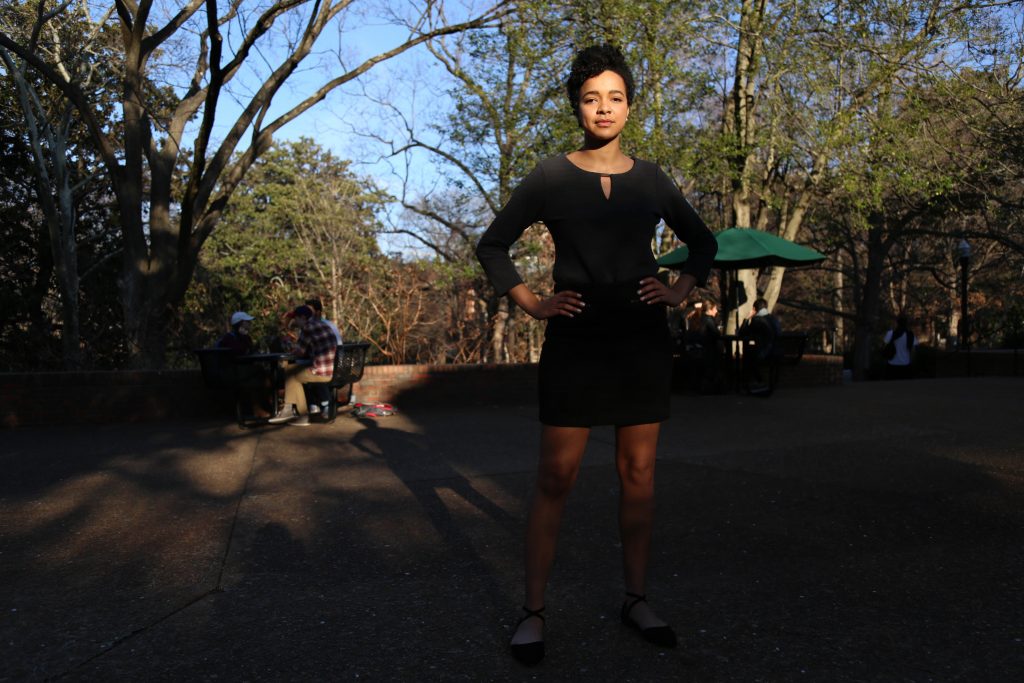 Many Vanderbilt students have thought in passing, “What does the VSG President even do? Why does it matter who we elect?” Few people outside of Vanderbilt Student Government know details of the organization and its true purpose on Vanderbilt’s campus.

Ariana Fowler is a senior from the suburbs of Dallas who is studying international development at Vanderbilt. She’s the co-chair of the Global Health Alliance, a tutor with Project Bridges, a co-chair emeritus of the Vanderbilt University Speakers Committee, and is a member of Kappa Kappa Gamma. She’s also the VSG President.

When asked about why she wanted to be VSG President, she said,  “I wanted to continue my work of reforming and bettering VSG that began while I served on the Steering Committee. I also wanted to put to use my broad campus network to bring together various community members to empower different corners of campus.”

According to Ariana, “Most of the [president’s] power is informal, and depends on relationships with the administration.” The president accomplishes things largely through meeting with members of the administration and discussing what students want. Ariana meets weekly with Dean of Students Mark Bandas, and monthly with Chancellor Zeppos. In addition, she meets with other university administrators such as Vice Chancellor Hill, more spontaneously. The president also works with her cabinet which includes the vice president, the speaker of the senate, and the chief of staff, as well as the VSG committees.

The president is most powerful in her ability to consult with administrators from the stance of a respected and trusted undergraduate representative.“The administration sees me as the voice of the students,” explains Ariana. Contrary to popular belief, Ariana assures the Vanderbilt Political Review that the administration has usually been very compliant. “I’ve experienced very very little pushback from the administration,” said Ariana in regards to her proposed initiatives. “They are constantly looking for ways to work with students.” Minor improvements, such as changing the hours of the Alumni Hall gym, are simply a matter of sending an email to the right person, and the turnaround time can be less than a day.

Longer term initiatives that Ariana has achieved include getting UBER on the Commodore Card and HBO Go for students. She has also improved institutional memory within VSG. When a new slate of students takes over VSG, progress made on ongoing projects from the previous year is frequently halted or reversed. By reorganizing many initiatives into committees, the VSG branch with the lowest turnover rate, progress is more likely to be continuous. Other projects that Ariana and VSG continue to work on include Vanderbilt’s land use plan, FutureVU, Passport to Nashville, and Experience Vanderbilt, which helps students access the financial resources necessary to participate in the many clubs and programs Vanderbilt has to offer.

“I’d rather be overwhelmed in complaints and drowning in angry messages than sitting here twiddling my thumbs.”

The primary restriction on Ariana’s power is the relative lack of feedback she receives from students. She says, “We have a lot of members waiting for things to work on, especially senators. They want to work on things. They want to hear from you.” One of Ariana’s overarching goals this semester is to be more active in receiving students’ feedback. Eager to help the student body, the president pleads, “People can email me, text me, we get no responses. I’d rather be overwhelmed in complaints and drowning in angry messages than sitting here twiddling my thumbs.”

Since students very rarely use the available channels, such as the What to Fix page on the VSG website or Ariana’s email directly, she often uses Facebook to get a sense of what students want. This semester, she will attend various student organization meetings to directly solicit feedback. Students should not hesitate to reach out to the president if they want something improved, even if it seems minor, because this actually makes her job easier, and in turn, allows her to advocate for more student benefits.